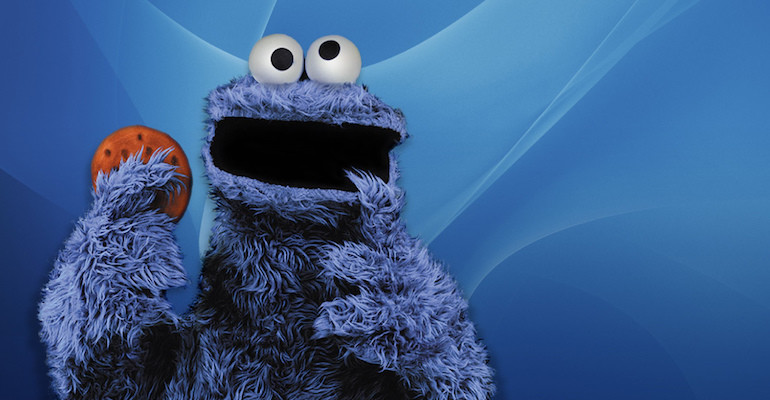 I know I have placed thousands of candidates into jobs for my clients throughout my recruitment career. But over the years I have also hired at least a few hundred people to work directly in my own teams.

I have always liked to describe myself as a pretty good recruiter but there have been a few occasions when I asked myself if maybe I was losing my innate ability to spot a super star!

Here are 8 of my most ‘bizarre’ hiring stories.

1. What’s wrong with this tie?

I could distinctly remember what Lawrence had worn to his interview – well at least the tie he’d worn since it had been pretty bright. There was nothing wrong with it at all. It was just bright.

He wore the same tie on his first day. And then came in wearing it again on his second day … and third day.

At the end of his first week, one of the ladies in Lawrence’s team came to see me and asked me if I’d noticed that he’d worn the same clothes every day.

“It’s definitely a pretty loud tie”, I said. “But at least it shows he’s got a bit of personality”.

“Paul he’s worn exactly the same clothes every day this week”, Elana said. “Same shirt. Same pants. And he hasn’t even washed the shirt … that’s for sure”.

When I caught up with Lawrence on the Friday afternoon, I immediately detected a slight odour when I shut the door. It was a rather sensitive issue, but I asked if  he’d worn the same clothes to work five days in a row.

“What’s wrong with this tie?”, he asked.

By the middle of the following week I had to pull him aside. He told me he’d never believed in wasting money on clothes. That he wasn’t materialistic. My not so subtle suggestion to invest in a few new shirts clearly didn’t go down very well since he came in the following day wearing the all too familiar shirt-pants-tie combo … only to hand in his resignation.

Note to self: In all future reference checks, try to find out the candidates’ clothing habits!

2. So you’re fantasising about your Team Leader?

Francine was quite a lot older than the rest of the team but I felt the experience she would bring would really help John’s team reach its targets. I should also point out that John was one of the younger team leaders in the business.

During her first week John had let me know that things were going reasonably well but that Francine was coming to him with a lot of questions – often asking him things he’d already covered off several times.

He’d asked me to check in with her at the end of the week.

“How have you found the first week? Not too overwhelming I hope”. “Oh not at all. I’m really enjoying it”, Francine said. “And how’s everything going with John? Are you comfortable with the help he’s given you?” “Absolutely. [pause]. Actually he’s a complete dreamboat and I can’t stop thinking about him. [insert fantasy far too inappropriate to include in this blog post!].

He’s got a body like a battle-axe and those eyes are to die for. I’d be happy for him to land in my in-box any time”! “Francine I think it might be best if we move you into another team”.

John received an email from Francine that weekend in which she (a) decided to elaborate on the inappropriate fantasy I chose not to include; and (b) hand in her notice. Here’s to you, Mrs Robinson!

Many of my team used to bring their shirts into the office at the beginning of the week since they would often ride their bikes or run into work some mornings and it was just easier for them to shower and change in the office.

So when I saw Leon hang a whole lot of clothes in the coat cupboard on his first day I really thought nothing of it. Actually I liked the idea of a fitness-conscious team.

I also just assumed he was demonstrating his enthusiasm and dedication when he was still in the office when I left fairly late that night … and the night after that.

But when I came in very early the next morning and found Leon fast asleep on the couch in the front reception area, I think he got more of a shock than I did.

He’d been evicted from his apartment (for reasons he ‘preferred’ not to go into), he wasn’t going to be getting his bond back, and he couldn’t afford to find a new place until his first pay (which would only be at the end of the month).

He actually thought he’d be able to sleep on the couch every night. I guess it brings an entirely new meaning to the concept of a ‘home office’!

We had an arrangement that every Monday morning fresh milk would be delivered to the office.

A basket of fresh fruit would also be delivered for the slightly more health conscious and of course the biscuit jar would be replenished for those with a sweet tooth or for those craving a 3pm sugar hit.

This routine had worked perfectly for at least six months so when I hired Vivian I didn’t think adding one more person to the team would require any change to the amount of stuff I provided.

By the middle of that week the biscuit jar was empty. Our office manager simply opened a new packet of biscuits and re-filled the jar. On the Friday afternoon one of the guys sent an amusing email to all the team with the subject line “Who stole the cookies from the cookie jar?” since the biscuit jar was completely empty again.

A few minutes later Vivian came up to me and asked to see me privately. As soon as I shut the door she burst into tears confessing that she’d eaten all the biscuits immediately offering to pay for them.

Vivian was the size of a stick and was the last person I would have assumed would have a biscuit addiction. “I’m pregnant. I’m having crazy cookie cravings and I can’t help myself. I just assumed if I had told you I was pregnant when you interviewed me that you wouldn’t have offered me the job” …

Brendan had really impressed me during his interviews and his references had also stacked up. I was excited to have him join the team. By the end of the first week it was clear that he’d really hit the ground running.

The following Monday he sent me a text telling me that there had been a death in the family and he needed to take a few days off. Of course. Without question. He came back later in the week and despite the circumstances seemed pretty upbeat.

The next Monday I received a voicemail from his flat mate telling me that Brendan had been rushed to hospital with appendicitis in the middle of the night and was in surgery. Gosh the poor guy’s not having a very good run.

He came back to work a week later in pretty good spirits. But I couldn’t believe it when he called me the following Monday telling me he had shingles and that the doctor had insisted he not come in because he was contagious.

The next morning I had to travel interstate and was on an early morning flight. As I walked through the plane to my seat I saw Brendan looking pretty healthy sitting a few rows behind me.

I went straight up to him and he looked mortified as I introduced myself to the well-dressed woman he was talking to beside him. “Lovely meet you”, she said. “I’m Brendan’s manager”. “That’s funny”, I replied. “So am I!”

Amy had come into the business as a senior member of the team despite us being a relatively small team at the time.

We all chipped in when it came to the running of the office … from answering the main phone line, to picking up snacks on a Friday afternoon, or keeping the kitchen area clean.

We already had a roster for ‘kitchen duties’ and as I’d always done with anyone new coming into the team, I’d simply added Amy’s name to the list.

Later that afternoon she came storming out of the kitchen into the main office area waving the roster above her head clearly on a rant. Everyone looked up. “I won’t collect dirty glasses off other people’s desks. And I definitely won’t be doing the dishes. Someone better take me off the roster”. Amy didn’t stick around very long.

I know I mentioned this in a previous blog post but it certainly fits into my list of bizarre hiring stories. The recruiting process with Rina had been fairly drawn out. I’d made her the offer just before Christmas and she’d been thrilled to accept.

However she had already booked some annual leave and then didn’t want to resign until she’d received her bonus from her current employer. Although we were all stretched to the max, I totally appreciated her request and was happy for her to only start 6 weeks later.

In the meantime we made do. Needless to say when Rina’s first day finally arrived the whole team was excited … especially me. She popped out ‘to grab a sandwich’ for lunch that day … and never came back! That afternoon her mobile phone went straight to voicemail.

The following day I got a message saying that the mobile number had been disconnected. I must have left at least half a dozen messages with her flat mate but Rina never returned my calls.

When we walked past each other in the street a few months later she completely avoided eye contact with me and hurried across the road. She must have just been popping out quickly to grab another sandwich.

And now one more lunch related story to finish off.

I’d made sure I was in the office for Tania’s first day but I’d then had to go interstate for a few days. So on the Friday I took her to a nearby café for lunch to see how her first week had gone.

We ordered our lunches and then started talking through her first week. Apparently she’d had the flu all week but hadn’t wanted to miss any of her induction training.

After about 20 minutes of Tania coughing and spluttering into her napkin, the waiter brought over our meals.

Before I’d even moved my cutlery, Tania reached across the table and took a spoonful of food out of my bowl.

“Hmm yum.”, she groaned … before plunging the spoon back into my bowl for a second tasting.

“Oh that’s really good. Want to try some of mine?”