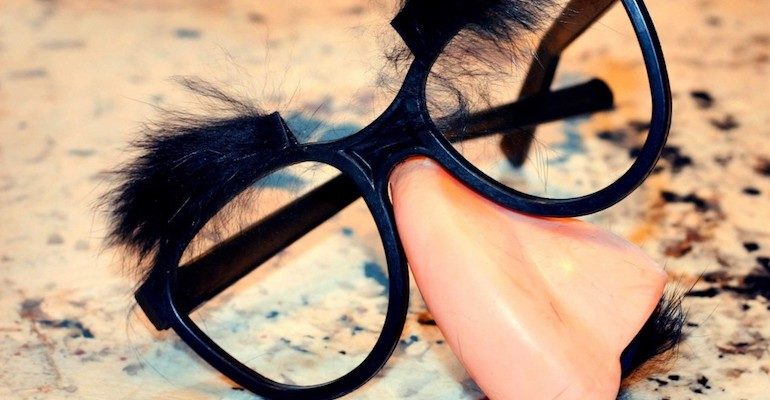 The other day I received the following email:

“Hi Paul … I tried calling your mobile but it just rang out. You may be traveling. I was hoping to take up 2 minutes of your time to grab a quick reference on Liz Jennings who used to work for you. No problem if you can’t call back. But could you please just shoot me through a few sentences about Lizzes’ work performance while she reported to you. Thanks …”

Hopefully I’m not the only one who thinks there are so many things wrong with this situation.

“2 minutes to grab a quick reference”? Perhaps the person emailing me doesn’t realise (or care) that I managed Liz for close to 5 years. Surely they would want to spend a bit more than 2 minutes speaking to someone that has actually managed the person you’re wanting to hire?

“Shoot through a few sentences”? How could I possibly summarise a 5-year work history in 2 sentences? Would you seriously make a major hiring decision based on “Liz reported to me for 5 years and was a good team player. I think you should go ahead and employ her.”

Yes – Liz Jennings did work for me. From 2003 – 2007! When she left she actually moved into a completely new industry. I wouldn’t have the faintest idea what she’s been doing since then.

Shouldn’t you be speaking to a slightly more recent (or relevant) manager? Or at least someone who can talk about what she’s been doing for the last 9 years?

It’s frightening to think of the number of people who will actually bring someone into their organisation relying on the feedback gained from a 2-minute phone conversation. Perhaps trusting a 2-line email; or maybe without even carrying out any reference checks at all. They’re usually badly burnt after 3 – 6 months of the new employee being in the job.

This is probably a good time to remind you that the cost of a poor hire (someone who leaves because they feel the job isn’t for them or who you need to let go because they’re just not up to scratch) can be as high as 3 – 4 times their salary.

CVs can be embellished, and it’s even possible to become a ‘master interviewee’ with a bit of coaching or plenty of practice. The good news is that there is a way for you to ensure that the person you initially discovered on paper and the person you then thought performed strongly at interview is actually who they say they are.

Before you bring anybody new into your team you should really carry out two verbal reference checks. It’s the perfect way for you to understand how they really perform on the job (the good and maybe even the not so good) before you find out … perhaps the hard way.

When you are speaking to a candidate’s former supervisor, please don’t just ask them questions like “was she a good staff member?”, “how many sick days did she have?” or “on a scale of 1-5 how would you describe his integrity?”.

You’re really not going to learn that much.

You need to think back to the core skills (the job description) as well as the core competencies and key success measures (the performance profile) that you had created for the job.

If during your interview you asked the candidate questions around communication, decision-making and time management, you should then ask the referee (ideally the candidate’s former boss) exactly the same questions.

“When did Nick ever have to “sell” an idea to a co-worker? How did he do it?”

“Can you give me an example of a time when Ken had to be quick in coming to a decision. What obstacles did he face? What did he do? “

“Please describe a situation that required Narelle to do a number of things at the same time. How did she handle it? What was the result?”

The responses to these questions will certainly tell you more than whether Liz was nice to work with, was usually punctual, had minimal sick days or whether she was proficient in Excel.

One question you might also want to consider asking at the very end of every conversation with a referee is something along the lines of “So would you ever re-employ [insert name here]?”

This should be the only hypothetical question in the entire discussion. But the answer to this question can speak volumes. After all, there is a huge difference between “Um … yeah … I guess so”, “Yes … yes I would”, and “I’d have her back in a heart beat”.

It’s always a relief when you hear positive feedback about the candidate you are so desperate to hire. In fact you may have even already made them an offer (I’ll leave tips around making an offer subject to references for another time).

But it’s still important to take notes during your calls with past employers. You never know when you might need to refer back to some of the comments further down the track (e.g., during performance reviews).

If one of the two reference checks is glowing and the other is mediocre or even negative, you should try to conduct a third check just to ensure you iron out any disparity.

You wouldn’t believe how many so-called professional candidates out there will provide fake referees. When someone is desperate to get a new job, they’ll resort to anything.

Over the years I have personally caught many candidates out who gave me the names of so-called previous ‘managers’ who in fact turned out to be either friends or colleagues.

Make sure you’re really talking to a previous employer. Do your due diligence. If a candidate gives you the details of a past boss, check them out on LinkedIn, and ideally call them on a land line at the organisation. Better still, after you’ve spoken to them, connect with them on LinkedIn and thank them for taking the time to speak to you. You’ll quickly find out if you actually spoke with an ‘imposter’.

“Hi Paul. Thanks for connecting with me on LinkedIn. I think you might have the wrong Trevor Bassinger. We’ve never spoken.”

The name has been changed here. But I remember exactly how I felt when I received this message … when I’d already made the offer to the candidate on behalf of my client 2 days earlier.

7. Don’t put words in their mouth

Once again while you might be keen to make an offer to a rock star candidate (and this definitely applies to all you recruiters out there too!) try to avoid manipulating the conversation to go in your favour.

“What you’re saying is that Liz interacts well within a team, right?”

“We’re looking for someone with outstanding customer service skills. Liz was part of your customer support team, wasn’t she?”

“You mentioned you’re out of the office a lot. Maybe that’s why you think Liz was difficult to manage. I’m always around so it shouldn’t be a problem …”

I’ve actually heard this last one. It’s not even a question. It’s simply an attempt to ‘justify out loud’!

Oh … and if a referee is gushing with praise and can’t fault your candidate in any way at all, that should ring alarm bells too. Even the greatest employees can improve in one or two areas.

How does that saying go? “If something seems too good to be true, it probably is”.

Top Interview Questions for Marketing Candidates
Hiring In-House or Outsourcing: Which Is Right for You?
6 Tips For Gaining Candidate Exclusivity
4 Ways The Gig Economy Will Change Talent Acquisition Strategies
How Gamification Can Help You Attract The Best Talent
Why I Love Hiring Working Mothers