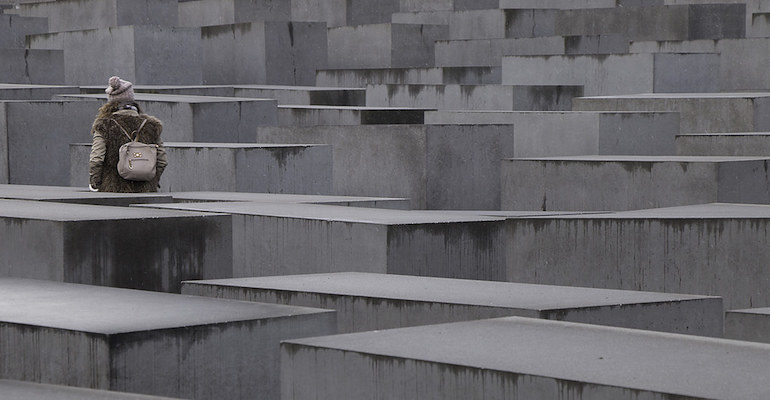 8 Signs You’re About to Lose Your Top Candidate

Monday 9:00am: “Hi Nathaniel, it’s Paul here. Hope you’re well. Just checking in to see if you’d had a chance to think about the offer over the weekend. Give me a call any time today. I’m around and definitely keen to chat. Thanks …”

Monday 3:00pm: “Hi Nathaniel, Paul again. You’re probably having a crazy Monday. If you can’t chat at work, I’m happy for you to call me any time tonight. You’ve got my mobile number – I’ll be working late. Really keen to talk through any questions you might have re the offer we spoke about at lunch on Friday. Chat soon …”

Tuesday 2:20pm: “Hi Nathaniel, it’s Paul Slezak again. I’ve left you a few messages and I also sent you an email this morning. Hope everything’s OK. Please give me a call when you have a moment. I just want to see if you’re still interested in our role. Really hope to hear back from you. Thanks …”

Wednesday 8:45am: Straight to voicemail again.

Don’t worry; this blog post isn’t just going to be 8 voicemail transcripts where the tone of my message gets slightly more direct each time. But I have a funny feeling that Nathaniel is avoiding me and probably no longer interested in the role.

What do you think?

The candidate’s name wasn’t Nathaniel, but this did happen to me many years ago. I guess in the end he just didn’t want the job! And I guess I just got too busy and forgot to file a missing persons report!

It happens a lot. You’ve met a great candidate, who for all intents and purposes seems really enthusiastic on your role. There’s been a lot of nodding, smiling, and you may have even made them an offer. But then something changes. You might not be able to quite put your finger on it … or you might just find out the hard way (like I did!).

Here are a few signs that despite thinking you may have found your needle in the haystack, you might actually be losing your great candidate.

1. The candidate stops returning your calls

“But you seemed so keen when we spoke last Friday!”

I think I’ve reinforced the point enough with the voicemail transcripts above. But filling a candidate’s voicemail box and not hearing back from them is pretty much a sign that they’re no longer interested in what you have to offer. Gosh this blog post could one day become the hiring managers’ and recruiters’ equivalent of ‘He’s Just Not That Into You’! Any budding film makers out there? I’m more than happy to write the screen play and produce it!

2. You don’t hear from the candidate when they resign

Here’s a tip for anyone making a job offer to a candidate. Get them to call you (or at least text you) as soon as they’ve handed in their resignation. If they say they’ll be handing in their notice first thing in the morning and lunchtime comes and goes, something’s gone wrong. They either had a last minute panic attack, they were counter offered, or somebody else has gotten into their ear and told them not to rush into it. You need to take control of the resignation process!

Another true story – going back a long way (yikes … this was before everyone had a mobile phone!): I met a very senior candidate at a café on the morning she was going to resign. I told her I’d wait in the café and asked her to come back as soon as the deed was done. After about an hour I was literally about to walk out (fearing the worst!) when she walked back in so excited about the job I’d found for her! For the first time in months her boss hadn’t come in early! That’s what had taken so long. Definitely worth the wait.

3. You suddenly realise your candidate is interviewing elsewhere

If the first time you find out that your star candidate is either thinking about a different opportunity, interviewing elsewhere, or considering another offer is after you’ve made them an offer, it’s entirely your fault.

Every single time you speak to your candidate throughout the hiring process you need to be asking them what else they’re up to. Have they applied for any other roles since you last spoke with them? Have they met with other recruiters? Has a new position been advertised internally that might have caught their eye?

4. Your candidate can only come back for a second interview in 2 weeks

This is a common one. You advertise your role. A great candidate applies the day you posted the job. You speak that afternoon and they can meet with you the next morning. They are then even happy to fake a doctor’s appointment to come back in the following afternoon. But when you ask them back again for a further discussion or to meet the team they suddenly have a full schedule, can’t make time, or say they’ll try to meet with you again in a few weeks.

5. It suddenly becomes “all about the money”

Ah the dreaded counter-offer. During your first interview they tell you that no amount of money could possibly make them stay in their current role. But when you make them an offer, they resign and their boss showers them with praise and throws another $15,000 at them ($15,000 which you just don’t have lying around). Suddenly they’re happy again.

Just remember that around 80% of candidates who accept a counter-offer end up leaving their job within 3 months anyway. And then of course it’s entirely up to you as to whether you’d want to open the door for them again.

6. Your candidate doesn’t show up for an interview

As with the voicemail scenario, if a candidate doesn’t show up for a meeting that you’ve arranged and confirmed – and doesn’t have the courtesy to at least text you some lame excuse as to why they can’t make it (even while you’re sitting there), then that’s another pretty strong sign that they’ve lost interest in the role.

Although I have to admit that I once made an offer to a candidate who was thrilled to accept the position. Then on her first day she went to lunch … and never came back! Must have been a good sandwich!

Come on … 20 years in recruitment and only two people disappearing without a trace? I personally think that’s a pretty good track record. I mean it’s not like I’ve needed to have the missing persons report page bookmarked as a favourite!

7. Your candidate can’t find one person to act as a referee

You’ve listed on your resumé that “details of referees shall be provided upon request”. Well I’ve been requesting for a few weeks now.

If a candidate can’t provide you with the details of somebody they’ve worked with previously who would be happy to speak professionally about their performance, then that could definitely be a red flag about their work history. But it could also just be an easy way for them to part ways. After all, you’d never make anyone a formal offer without checking references first (would you?) So this could just be their way of saying “let’s not proceed”.

8. They ask for a whole week to think about your offer

My suggestion would always be to make a verbal offer to any potential candidate before putting a formal contract together. That way you can gauge their initial reaction.

Of course when you then present a formal offer, it’s still pretty standard for a candidate to ask for some time to think about it – and this usually means overnight. Sure – by all means.

Perhaps they may even need the weekend to think it over. But in the event you make an offer (either verbally or in writing) to a candidate and they ask you for a week to think about it, this can only mean that they are not the only one involved in the decision making process.

So remember to ask them up front who else will be part of the decision making process – perhaps a spouse, another family member, or colleague. Put it out there from the get go to prevent a lengthy (not to mention frustrating) stalling tactic down the track.

From experience I’d take it even further and say that you’ve only really filled the vacancy when your rock star has signed the contract, come on board, and started making a positive impact.

After all, isn’t that what you’re recruiting them for?