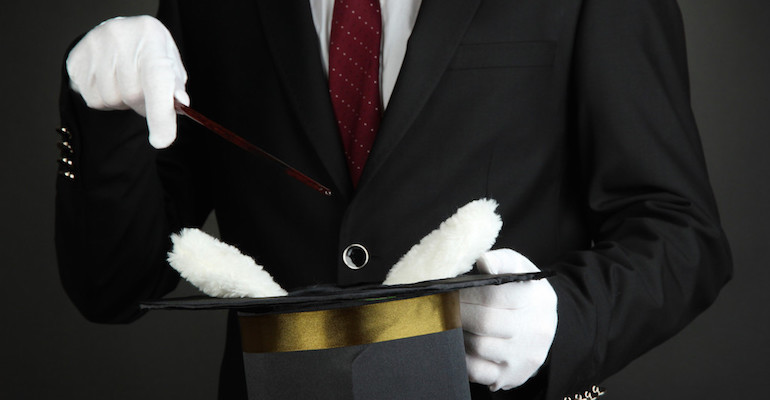 He promised me an upgrade.

“It looks pretty empty up the front, sir. Just be out at the airport a bit earlier than normal and it should be a sure thing. They’ve overbooked economy anyway. You’ve definitely got enough points for it”.

The passenger in front of me has his seat so far back that it’s pushing right up against my knees; I’m playing a precarious game of “share the arm rest” with 67K; they ran out of my preferred ‘food’ option by the time they got all the way down here; and I’m in serious need of a Vicks’ inhaler to curb the stench from the perpetually occupied toilet right behind me.

Why did he even imply it would be easy?

I’ve always been involved in sales and service, and from early on I was taught that there are 2 ways to win over a prospect. You can either say ‘yes’ and then just do whatever it takes to make “it” happen; or you can consult with your customer; build a partnership; and ultimately gain their trust.

One of my first managers stressed that if you always imply that you’ll be able to make “it” happen (I can still picture her making those air quotes next to me), then 9 times out of 10 you’ll probably end up over promising and failing to deliver.

There’s no doubt that as recruiters we’ve all had our fair share of customers with incredibly high expectations; we’ve all wanted to go out of our way to win that preferred supplier deal (it’s in our DNA); perhaps we’ve even just said ‘yes’ for the sake of securing that brief.

Of course I’ll be able to pull a rabbit out of my hat – even though you’ve been looking for this person for nearly 6 months with no luck!
120 candidates for your new 24 x7 call center within 6 weeks? I’m your man!
5 senior developers even though you’re paying just over 50% of the market salary? Sure!
You’ll have your shortlist within the week even though today’s Christmas Eve … I guarantee it!

Are those crickets I can hear right now? Or is it the sound of all those promises being swept under the carpet?

If you want to instil trust in your client, if you want to build a long-term partnership with a customer, or if you simply want to be seen as a credible professional, here are a few tips on how to avoid being tarnished as just another recruiter who failed to deliver.

I remember this situation like it was yesterday even though it happened nearly 20 years ago.

A colleague of mine had sold a display advertising campaign to a new client who had paid just over $4500 for the ad. It was also a very candidate short market at the time.

But he called his client and told him that he had received some great applications and that he’d call with an update later in the week after he’d done his preliminary phone screening. (If this scenario took place today, my guess is that Tanner would have simply sent an email to his client).

I was sitting right next to him and couldn’t believe he’d decided to lie.

The following week Tanner’s client called and asked him to provide the shortlist.

He still had no candidates, but kept the charade going for a few more days until his client finally insisted that Tanner come to his office and talk through the profiles of all the candidates who had applied.

2. Tackle the situation head on

I spent many years recruiting for contact centers (or call centers as they were referred to back then). This meant often facilitating 2 (sometimes even 3) assessment centers every day for certain clients.

Although I’d been inundated with ad response and had managed to book in 40+ candidates, after 3 assessment centers, I still hadn’t found a single one who I felt would meet my (somewhat neurotic) client’s needs.

This was not how things were meant to pan out.

I was like a canary heading down a mineshaft. I could sense an impending disaster if I didn’t do something about it right away.

I didn’t want my client exploding (at me) so I personally invited her to attend and observe the next assessment center. Even if she couldn’t stay for the full 3 hours, I just needed her to experience one for herself.

Jan ended up staying for the entire session.

During the group activities and role plays I pointed out which candidates I personally felt were performing very well, but who would probably still not meet her exceptionally stringent criteria.

She had never observed an assessment center before and during our debrief she admitted that she had probably set too high a benchmark for herself. Of the 16 people who I had assessed that afternoon, Jan actually identified 4 that she was willing to take through to the next stage.

Based on the performance and profiles of those 4, I was able to add 9 other candidates to the shortlist from the assessment centers I had run previously.

24 hours earlier, Jan was clearly expressing her doubt in my ability to deliver what I had promised. But addressing my (and Jan’s) concern early, I was now moving 13 candidates through to the next stage of the process.

3. Take full responsibility for your actions

If you decide to work on a client’s brief, then you need to accept that once you’ve been given the green light, you’re literally on your own.

You are supposedly an expert at what you do. You know the market. You know whether what your client is looking for is achievable or not.

Ask as many questions as you need to up front; and make sure you and your client have set very clear expectations from the outset.

If you happen to run into trouble along the way (no decent applicants; candidates not wanting to meet your client; disappointing psych test results; candidates disappearing or accepting counter offers), there is no point pushing the blame on to someone or something else.

Don’t blame market conditions. Don’t suddenly blame the candidate. Don’t blame the time of year. You should have taken all that into consideration before you took on the brief. And don’t become just another ‘yes person’ who found yourself in hot water.

OK I know that might sound clichéd or perhaps even like the perfect wording for one of those 1990’s motivational posters, but when all is said and done, that’s what we’re here to do for our clients.

I remember working with a client a few years ago who had a very tough brief and candidates were few and far between.

He hadn’t had a very positive experience at all. His original recruiter had resigned (and left) mid-way through the process and I’d inherited him as a client.

Of course I went to meet him (apparently my former colleague hadn’t even done that!) and when we looked at what had been done so far (from a talent attraction perspective), I quickly realised there would be no point just suggesting more of the same – especially since they hadn’t secured any decent candidates.

Brendan (the client) was extremely conservative and I’ll admit that my idea was a bit ‘out there’ but I asked him to hear me out.

He was reluctant at first, but I provided sufficient reasons and obviously instilled enough confidence in him. I completely re-wrote his job ad (including changing the actual job title), and convinced him that we would need to run a fairly pricey international display advertising campaign.

While we only had 5 applicants, Brendan met all 5 and had such a tough time deciding between the final 2, that he actually ended up creating 2 different roles and hiring both of them.

“I’ve paid you a retainer and just because you’ve given me your shortlist, I’ve got nothing to show for it. I may as well have flushed $10,000 dollars down the toilet!”

Yes I had charged her a retainer. Yes I had provided her a high quality shortlist. The problem was that all 5 candidates had withdrawn their application after their interview with Suzanne.

I spent time debriefing with each of the candidates specifically around what had happened and why, despite having been extremely keen on the position when they had applied, they had all practically fled their interview with her.

Talk about a sensitive situation.

Apparently she had been a combination of arrogant, rude, patronizing, and condescending to each of my candidates … “a total b-arch” as one of them politely put it! She had come across as high and mighty, and without realizing it had actually managed to convince them why they wouldn’t want to work with her.

I know a few recruiters who at this point would have taken the non-refundable retainer and run, swept her brief under the carpet, and put Suzanne in the too-hard basket.

Instead I took Suzanne out for lunch. Not coffee … lunch.

The waiter hadn’t even come over to take our order before I had put it all out on the table (including the ‘b-arch’ feedback word for word).

She was completely flabbergasted.

At one stage I thought she was going to get up and walk out of the restaurant. But by the time she’d finished her grilled salmon, she was completely open to having me give her one-to-one coaching on how to run a proper interview as well as on how to position herself (personally) as an employer of choice.

By the time I paid the bill, she had even agreed with my suggestion that another one of her managers would run the first round of interviews and that Suzanne would only meet the final 2 candidates.

Over the next 3 years, Suzanne briefed me on 5 more senior roles; they were all retained; she hired 5 awesome candidates … and the piece de resistance was that I even managed to convince the candidate that had referred to her as a ‘b-arch’ to meet with her again a year later and she ended up accepting another one of the roles.

Meet Suzanne Rey: RecruitLoop Recruiter in San Diego, California
Meet Jeff Daspit: RecruitLoop Recruiter in Phoenix, Arizona
6 Ways Recruitment Consultants Piss Off Their Clients
6 Tools That Will Change The Way You Reach Out to Candidates
How to Integrate a 12 Step Topgrading Interview Process Into Your Hiring Strategy
Ask the Hiring Guru. Get Your One Hour FREE Hiring Diagnostic!