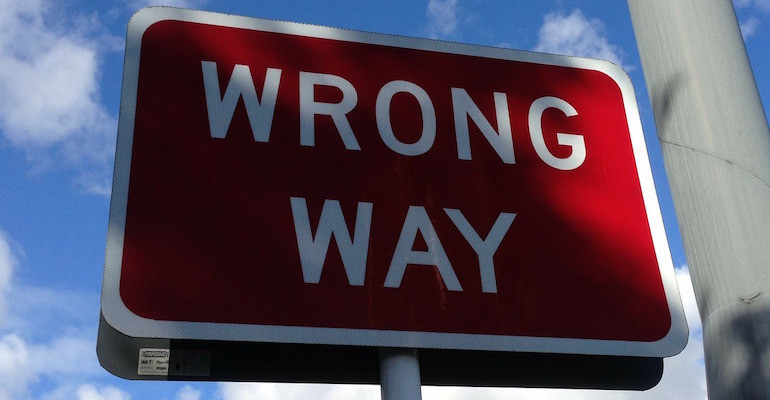 I get a fair number of messages from recruiters and hiring managers who are clearly passively sourcing candidates. After getting dozens of these messages and actually talking to many of these people, I’ve come to the conclusion that if you’re passively sourcing, you’re probably doing it wrong.

I’m convinced many of you aren’t even trying and that’s just sad. After all, the whole point of passive sourcing is to find candidates who don’t think they’re interested in leaving their jobs and convince them to give your open role a chance.

We’ve talked about this before: Most of your LinkedIn messages suck.

If you send me a generic message that makes me think that you’re bored out of your skull, why would I be anything but bored with what you offer? Spend a little time customizing messages that will get my attention (hint: “my client is looking for candidates exactly like you” without telling me what about me makes me perfect is a dead giveaway that you’re using a template).

You sent me a (non-sucky) message via LinkedIn. I replied and then … nothing.

You didn’t even bother to respond.

Let me get this straight: You searched for candidates like me. You looked at my profile enough to determine that I’m worth your time to message. I actually replied. And now I’m not worth the time of a quick response? That’s just dumb.

I have a usual response I use to any passive sourcing outreach that looks non-spammy: “I’m not looking to leave RecruitLoop right now, but I’m happy to chat. What times work for you?”

Half the time you don’t respond. Another huge percentage of the time, I get, “okay, then no thanks for the call,” messages.

At minimum, you just missed a great networking opportunity; I have a huge network of rockstar marketers and sales folks who tell me when they’re looking for new jobs. And you just missed your chance at an intro. That’s assuming you can’t entice me into applying for your role!

You’re not even trying to sell

You’re one of the few who hasn’t been enough of a yutz to spam me or fail to reply, and we’ve gotten to the phone call. Congratulations!

Sadly, nearly everyone else drops the ball on the phone call. You usually fall into one of two camps: you decide to interview me, or you pre-disqualify me based on lack of interest.

I hate the first one the most. I’m not looking for an job, and I told you that. Getting on the phone and immediately grilling me like it’s a phone screen is a huge mistake. Why? Because I don’t even know if I want the job. Hell, I probably don’t even know enough about the company and the role to make an intelligent decision one way or the other. If you start grilling me on the phone, I’m going to try to end the call as soon as possible. I won’t refer candidates to you, either.

The second one drives me nuts from a sales perspective. If one of our salesfolks started a call with a prospect by saying, “Well, I know you’re not actually interested in using RecruitLoop, so I’ll just tell you a little bit about it and then stop wasting your time,” I would POUND HIM INTO THE GROUND. Ahem. Starting the conversation saying, “I know you said you’re not looking, but this is so exciting I think you might change your mind,” is a much better intro. It might even get you somewhere.

You’re not following up

If it’s not clear yet, I’m trying to say that reaching out to passive candidates is, frankly, a sales job. And the key to most sales is the follow-up. If you’re not following up you’re not really trying.

I realize this isn’t true all the time. Sometimes you end up filling the role quickly and don’t need to follow up with me for this particular role. But if you’re having a tough time filling a role, why haven’t you followed up with me? I’m probably not going to have this job for the rest of my career, and you never know when my mind might change. Or maybe the sell job you did in our first call intrigued me. You’ll never know if you don’t follow up.

I realize you’re not all doing this wrong. I know some recruiters who are amazing passive sourcers. They understand that passive sourcing is fundamentally about sales and building relationships, so they can get candidates who aren’t looking to leave their jobs interested in other roles. If you stop doing passive sourcing wrong, maybe you can, too.

Our sourcers use 27 different tools and state-of-the-art sourcing technologies to get the best results for you. We aggregate the best tools so you don’t have to.

We’re also experts in contacting candidates. We’ve designed our own powerful engine for sending hundreds of email sequences that deliver results: candidates who actually want to talk to you.

Are you looking to fill your recruitment funnel with more quality candidates faster? You can get started with Candidate.Express any time.

Recruiter Tips: Spend a Day Back in the ‘90s Every Once in a While
Recruiter Tips: The Importance of Objective Evaluation
Target Job Ads to the Right Candidates - Think Like an Online Marketer
An Open Letter To Hiring Managers … On Behalf Of All Recruiters
The Rise of Big Data and Data Science [Infographic]
8 Ways to Retain Employees After a Merger or Acquisition