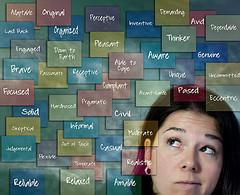 Psych testing: the pros and cons

Psych testing has always been a popular tool with recruiters. It can be used to match a candidate’s cognitive abilities and personality traits with those required to perform the role and to ‘fit’ with the company culture … things that may not necessarily be revealed through the interview process alone.

Cognitive abilities are important in most occupations and cognitive testing can reveal how well a candidate communicates and makes decisions.

• Abstract – the ability to learn complex information in order to solve problems;

• Numerical – the ability to perform basic numerical calculations and interpret numerical data such as graphs;

• Mechanical – the understanding of mechanical and physical concepts;

• Spatial – the ability to perceive and mentally manipulate objects in different contexts; and

• Emotional Intelligence – the ability to identify emotions in yourself and others and to use that knowledge wisely in decision making (also known as E.Q).

Psych tests are far from infallible. For instance, they may be used on the wrong target group or wrong cultural group, they may not be validated (i.e. tested on a large population over a long period of time) and they may not be administered consistently (under the same conditions for all candidates).

There are also privacy issues associated with psych testing. The tests need to be professionally and confidentially administered and the questions justified in the context of the position, otherwise a candidate could have grounds for legal recourse.

Of course there is also the question of when during the recruitment process such testing should be carried out. I know some employers who administer the tests as part of the initial screening process, while others will wait and only test the final candidates making up the shortlist. Some companies will ask their recruitment partner to run the tests on their behalf, while others will insist on getting their own internal psychologists to evaluate the results.

Regardless of when in the process it is incorporated, psych testing should always be considered as just one aspect of the recruitment process. It should never be the decision making tool, and it should never take the place of the tried and tested methods of performing background checks, verifying references and conducting thorough behavioural-based or competency-based interviews. Rather, it should be used as a means of confirming what you already suspect … that you have in fact found the right candidate for the job.

How to Effectively Use Technology for Screening and Interviewing Candidates
Why You Should Consider Hiring "Boomerang Candidates"
Attractive compensation plans: There's more to it than the dollars
7 Ways to Piss Off A Candidate
10 Not-So-Conventional Ways To Attract Talent
Do You Really Know What You're Hiring For?