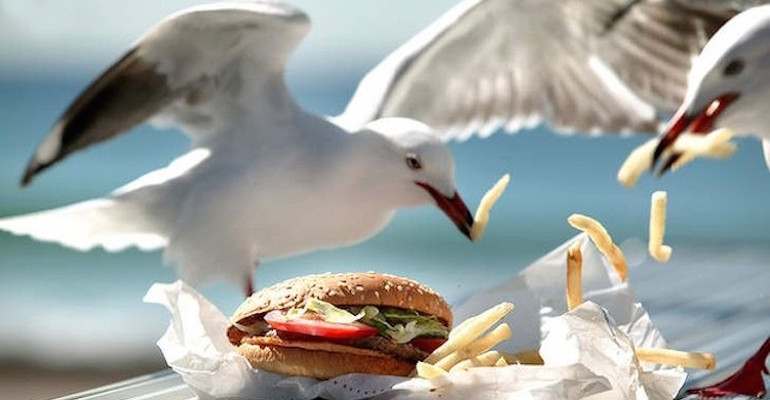 Recruiter Tips: Stay Close to Your Candidates During Their Notice Period

My flight home from San Francisco the other day was delayed by over an hour. It felt like every 10 – 15 minutes the boarding time would be pushed out, resulting in a mass sigh or groan of frustration from the all the passengers waiting in the departure lounge.

I wasn’t paying too much attention to the people around me. It was late, I was really tired, and I could hardly keep my eyes open.

So when I heard “No f#%&ing way … You can’t be serious …”, in a John McEnroe type of outburst from the guy sitting opposite me, I just assumed another delay notification must have appeared on the monitors.

“You have got to be kidding me. No way!”

He was now clearly pretty irate so I opened my eyes and looked over at the monitors. But there was no indication of any further delay.

I looked across at ‘John McEnroe’. He must have thought my eye contact was a sign I wanted to engage in conversation since the tirade of abuse continued. But he wasn’t angry about the delay; and he wasn’t angry with anyone around him (least of all me). He was actually abusing his iPhone.

“No coverage in here?” I asked, smiling somewhat awkwardly?

Clearly I had now invited a conversation.

“Huh? Oh no … I’ve just seen an email from a guy who’s meant to join my team next Monday telling me that he won’t be starting. Nearly three months of interviews and salary negotiation and he has the nerve to just send a one-line email telling me he’s changed his mind? Sorry I’m just p*ssed off …”

I couldn’t help myself.

“When did you last speak to him?” I asked casually.

OK. So now I wished I hadn’t made eye contact. A few minutes passed.

“About 6 weeks ago … not that it’s any of your business”.

Boarding had finally commenced and they’d called my boarding group. So I just stood up, hoping that this guy wouldn’t be sitting anywhere near me for the next 15 hours!

As I sat with my eyes closed waiting for the plane to push back, I couldn’t stop thinking about how agitated he had been and yet he hadn’t spoken to his future employee for 6 weeks.

So much can happen between the time a candidate accepts a new position and the time they actually start in their new role. As a recruiter, you need to stay particularly close and be in frequent contact with them in order to prevent any nasty surprises.

I have to admit that for a split second I thought about trying to find ‘John McEnroe’ and giving him some advice. But I then decided that I’d be happier just including a few tips in a blog post instead.

Please understand that managers are not restricted to making a counter-offer to a team member just at the time they hand in their notice. I’ve seen it first hand when a manager has let the dust (or heat) of the actual resignation settle and half way through (say for example) the 4-week notice period has dangled a carrot too good to refuse. Your candidate accepts the counter-offer and that placement fee suddenly disappears.

Try this: Call your candidate about a week after they resign and ask them if their boss has tried to throw more money at them. If they say no, ask them if more money would now hypothetically be an incentive to stay.

For some people, leaving a job can be quite a traumatic experience – especially if they have been at the company for many years. All the different farewell lunches, the soppy “we’re all going to miss you” cards …

One of my recruiters once had a candidate call him from her team farewell lunch to say she’d changed her mind. Whether it was staged or genuine, the candidate had succumbed to the soppiness, the hugging, and the various “remember when …” trips down corporate memory lane, and there was nothing my recruiter could do to change her mind.

Try this: Tell your candidate to be ready for an emotional guilt trip. Ask them when their farewell lunch is and jokingly say you’ll make a booking at a nearby table. And then do it if you have to!

Notice periods are funny things. While they certainly allow for any necessary handover to take place, they are also often just the right amount of time for your candidate to realise that things might not have really been as bad as they seemed; and that perhaps they were over reacting when they first came to see you.

Better the devil you know?

Try this: Call your candidate every Monday afternoon during their notice period and ask them how the meeting went. If you have to, find out when the next birthday cake day is, and meet them for a drink that evening. Remind them that they are leaving to further their career, and that friends will always stay friends. They could even arrange a reunion type of quarterly function!

Not quite the words any recruiter wants to hear from their candidate one week before the end of the quarter.

This happened to me once many years ago and I certainly never let it happen to me again.

I foolishly believed that just because my candidate had accepted a job with my client, that this meant she would stop looking for other work.

Boy was I wrong.

Try this: When you meet up with your candidate, casually say something like, “You must feel like such a free agent now that you’ve resigned. [pause] So what other exciting roles have you applied for?” and you may just catch them off guard.

5. Keeping the seagulls away from your chips!

I remember my first manager teaching me that if a candidate I was working with ever called to say they had accepted a role (especially through another recruiter) that this meant I needed to speak to even more potential clients and do everything in my power to find a better offer for my candidate.

“Become the ambulance chaser”, he said.

I can share this now, but I honestly hated that pressure.

So you need to picture that as soon as your candidate tells all the other recruiters she’s registered with that she’s accepted your offer, that all those other recruiters will be swarming in and going into overdrive to derail your placement.

Try this: Call the candidate and blatantly ask her how many other offers she’s had from other recruiters in the last week. And of course ask if any of them have piqued her interest.

[Or you could try this (I promise I never did this, but a colleague of mine did this a few times and (unfortunately) it worked): Get one of your colleagues to call your candidate, pretend to be from another agency, describe a similar role (offering more money) and gauge your candidate’s reaction. I can’t believe I just shared that tip … but my colleague salvaged a few placements using this shady tactic.]

6. Looking out for light bulb moments

This one also happened to me many years ago. I’d been working on a really tough brief and I’d found the perfect candidate. He was feeling pretty burnt out from his current role and wanted to take a six week break before starting in the new role.

It was around Christmas time so my client was comfortable waiting.

I’d spoken to him twice but he had then taken his family away on holidays for three weeks.

I called him a few days after he got back.

“I was actually going to call you”, he said. “I’ve done a lot of thinking, and I’ve decided I just don’t want another demanding job. I need to be able to spend more time with my kids. I’m really sorry to be letting you down, Paul”.

Try this: I used this tactic many times after the above episode ‘robbed’ me of a huge fee. If a candidate requested to take an extended period of time off between finishing with their employer and starting in their new role, whenever I would call them or meet up with them, I’d say, “Do I need to call my client and let him know that you’ve decided to become an artist and have moved to a cabin in the woods?”

Remember that just because a candidate has resigned from their current position and has accepted a role with your client, it’s certainly not a done deal. Make sure you call your candidate at least once a week during their notice period. Maybe even grab a coffee, lunch or a drink with them if possible.

Trust me … keeping in touch and ideally sitting down with your candidate face-to-face between the day they hand in their resignation and the day they’re due to start working with your client could help prevent a recruitment catastrophe.

9 Simple Steps to Writing a Compelling Job Advertisement
Passive Sourcing: You're Doing It Wrong
Promoting Diversity: Why the Videogames Industry is a Microcosm of the Problem
9 Ways Not To Look Like a Clueless Hiring Manager
Are you a control freak or can you let go?
5 Reasons You Need A Recruitment And Selection Policy