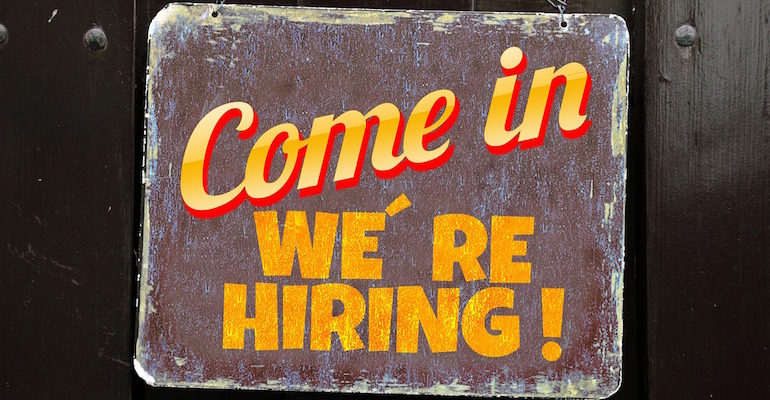 Is the job interview dead?

Not just yet. But there are a number of alternative recruitment strategies small business owners and hiring managers can consider when selecting new employees.

One of the reasons I have always been drawn to helping small businesses recruit is because far too often, hiring can slip through the cracks simply because small business owners aren’t nearly as equipped to build their empires as their peers in the corporate world. This post offers a brief overview of five alternatives to the traditional job interview.

Unfortunately there are still too many employers today who run an unstructured interview where, as the name would suggest, the disjointed approach often results in an inexperienced interviewer losing focus (and control) during the interview.

Do not ask hypothetical questions (for example “how would you deal with a specific situation?”). The questions you ask a candidate during an interview must assess past behaviour since that is the best way to predict future performance. Here’s a list of 75 behavioural based questions.

When assessing your candidates’ responses, think of the word STAR and ensure that your candidates describe a specific Situation, the Task they were faced with, the Action they took, and the Result of their actions.

If you plan to have a colleague join you, or if you plan to interview more than one candidate at once, it’s also important to let your candidates know in advance. Interviews can be intimidating on the best of days, but to walk into a room and have to sit opposite more than one interviewer or someone else competing for the same role without any warning, can in fact derail even the best candidate.

Group interviews are a cost-efficient method of interviewing candidates while also providing an opportunity for your company to evaluate candidates on several dimensions: interpersonal skills, dress, attitude, and body language. You’ll also be able to evaluate such critical competencies as verbal communication skills, problem solving, and leadership potential. Top candidates may then be invited to continue the process with a one-on-one interview.

If you decide to run a group interview (also often referred to as an “assessment centre”) then you need to ensure there are a minimum of 4 candidates involved, and more than one recruiter / observer on the day.

Some of my greatest memories in the recruitment game involve running group interviews. But be prepared … they can be absolutely exhausting (especially if you run two on one day) since they can take up to 3 – 4 hours each!

Video interviewing is emerging as a cost-effective approach that saves time for both employers and candidates.

Some of the benefits of recorded video interviews? Apart from the obvious time savings, they allow employers to standardize interview questions; review the same interview multiple times; and share interviews with colleagues. Typically video interviews will be used as an efficient screening tool, to avoid multiple first-round in-person interviews. However, for some roles they might be used for the entire interview process.

Employment tests are an objective method of evaluating whether candidates possess the requisite skill set and knowledge to successfully perform in a given role.

Many research studies conducted over the past 20 years have indicated that the results of cognitively-based assessments (eg math proficiency or word usage) are highly accurate in predicting future performance in those jobs where these skills are critical for success.

Behavioral testing is also important as it adds the dimension of cultural fit and work style, thereby providing a 360° perspective of each candidate.

Personality testing was all the rage, oh, about 5 years ago. While the trendiness has worn off a bit (does that mean it’s hipster now?), personality tests can still give you an insight into how someone might behave (especially under stress). This can help you figure out whether they are naturally inclined for the specifics of your open role.

There’s a lot of debate around personality tests, both their validity and ethical boundaries.  In a survey of 8000 people, 44% felt that personality tests were an invasion of privacy. Couple that with the outcry of a bunch of psychologists against the subjectivity of tests and the misapplication of tests and there’s a minefield of stuff that could go wrong.

So if you do use any form of testing, you have to do it correctly. Anything less and you could end up losing a valuable, quality candidate because they didn’t want to run through your mouse lab.

Knowledge testing is used to test a candidate’s knowledge with regard to specific skills needed to perform the job successfully.

In contrast to pre-employment testing, knowledge tests are most appropriate to use when a new employee will need to apply those skills immediately rather than being trained after hire. Licensing exams, such as that required to become a financial advisor, would be an example of a knowledge test. Knowledge tests may also be in the form of situational assessments in which candidates perform the job during a trial period that can last from a few hours to a full day.

Not all of these alternatives will be appropriate for every role. But employers should be aware of genuine alternatives to the standard interview process, to ensure they make the best hiring decisions.