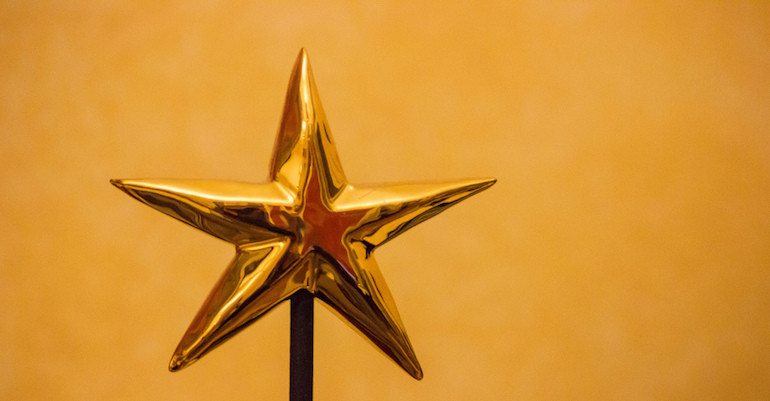 How to Assess Candidates Using the STAR Interview Technique

In a recent blog post I shared some hiring tips for small businesses.

One of my tips referred to running a performance based interview process and I stressed the importance of assessing past behaviour since that is the best way to predict future performance.

I explained that when assessing a candidate’s responses, you should consider using the STAR interview technique and I promised to write more about this approach at a later stage.

Free Interview Template: Use this template to run a consistent interview process every time and to make better hiring decisions. Download Your Copy

That time is now …

Any guide designed for candidates reinforces the fact that a job interview is really their one chance to make a lasting first impression.

It’s just as important for any employer to appreciate that the interview is their opportunity to create a lasting first impression too. If you are lucky enough to have identified that ‘diamond in the rough’, and you have them sitting right there in front of you, you need to ensure you make the most of the situation … and not waste either party’s time.

This can be achieved by collecting, confirming and clarifying as much information as possible through thorough questioning. Over the years I have been on the receiving end of some pretty strange interview questions:

Gone are the days of just asking about strengths and weaknesses. And hypothetical questions are definitely a thing of the past.

As I mentioned at the beginning of this post, the only real way to determine how a candidate will perform in a role, is to ask questions around how they performed a similar task in the past. I know this might seem a little confusing, so let me explain.

Where possible avoid closed questions which usually result in a simple “yes” or “no” answer. Rather than asking “can you …”, “do you …” or even “have you …” type questions where technically the candidate could just nod or shake their head in response, ensure that your questions really open up communication between you and the candidate.

See our in-depth list of 75 behavioural based interview questions relating to the most frequently desired traits or attributes. The questions you ask must prompt the candidate to talk about their past experiences. And in order to assess the quality of their responses, just think about the word STAR.

Think back to when you were a child and someone was telling you a story. Once upon a time, in a land far far away … You would literally picture yourself in the scene.

It’s exactly the same when you ask your candidate a behavioural based question. You want them to take you back to a specific situation. It could be from their current role; from their last company; from a football team they were in at college; or even from a part-time job they had while they were studying.

For example, if you ask a candidate to tell you about a time when they clashed with a fellow team member, you wouldn’t accept a response like “I always get along with my team members“, or “If I have a problem with a colleague, I talk to them about it“. If they don’t naturally set the scene, it’s up to you to ask them to be more specific. Everyone can talk about a team situation – even if you get the candidate to talk about a time when they were part of a group project in primary school. Without a specific situation, your STAR is incomplete.

You need to understand the task that the candidate faced. Imagine you were interviewing a candidate for a sales role and you asked them how they have dealt with client rejection in the past.

You wouldn’t accept a response along the lines of “I just bounce back“, “I have thick skin and can handle rejection“, or “I’m resilient” …  You need to find out exactly what the task or objective had been that culminated in the rejection (obviously including the specific situation). What was the goal, project scope, or particular sales pitch? Without an understanding of the task, your STAR is incomplete.

To be honest this is the easiest part of any STAR questions for a candidate to answer, since they are used to talking about what they did. Consider a question around how a candidate dealt with an irate customer in the past.

You wouldn’t accept an answer like “I just calmed them down“, or “I listened to their issue and then escalated it to my manager“.

Instead you want your candidate to take you through the scenario step by step; to almost re-enact what took place. That is the only way you will get to see how they handled the difficult customer situation and get a pretty fair idea about how they would deal with a similar situation in the future.

How did they come to dealing with the customer in the first place? What was the problem? Exactly how did the problem get handled? Did other people need to get involved? How long did it take to resolve? Without knowing specifically what your candidate did, your STAR is incomplete.

I have talked about results based hiring before. This is really where it all comes together. Continuing with our irate customer scenario, it’s all well and good to know where the situation took place; the task that lay ahead for your candidate; and what the candidate did.

But what actually happened? How did the whole thing pan out in the end? Did your candidate calm the irate customer down and resolve the problem and became employee of the month? Or did the customer continue to swear, threaten to write a letter of complaint to the manager and slam the phone down?

[Don’t worry I’ve been there many times before and have plenty of juicy STAR responses to this question!]

Regardless of the outcome, the candidate must always bring the story to a conclusion. It doesn’t matter if the outcome was good or bad, every story has an ending (even if they didn’t all live happily ever after). Whether you choose to create a list of targeted selection-, behavioural- or competency-based interview questions, the best responses will reveal the specific situation that the candidate had found themselves in, the task they were faced with, the action or steps they took to solve the problem and then the outcome – whether good or bad.

Asking questions such as these will certainly bring more structure to the interview and allow you to compare the responses from different candidates. You will also be able to evaluate the candidates against the core job competencies and relevant behaviours more easily.

Drawing on a candidate’s past experience will also result in more factual responses, helping you create a more comprehensive picture of your candidate’s potential and suitability for the role.

The one thing you need to be aware of, are those ‘experienced interviewees’ who know what to expect and whose responses to some of your questions may even appear somewhat rehearsed.

Don’t let them take control of the interview. Refer to your list of questions, and ask them some of the tougher ones. Believe it or not if you make it too easy for someone to get through an interview, they may not want the job as much.

If you make it more challenging, they’ll want it more. Oh … and just in case you’re interested … the pop song that I relate to most is “Bohemian Rhapsody”. Why? Because it questions whether this is the real life, or if it’s just fantasy!

6 Reasons to Set Success Expectations
Hiring Machine Learning and AI Engineers
12 Questions You Should Consider Asking a Candidate During an Interview
6 Ways to Conduct a Backdoor Reference Check
Employers Beware! Common traps to avoid when hiring new staff
Why Workplace Flexibility is Good For Business