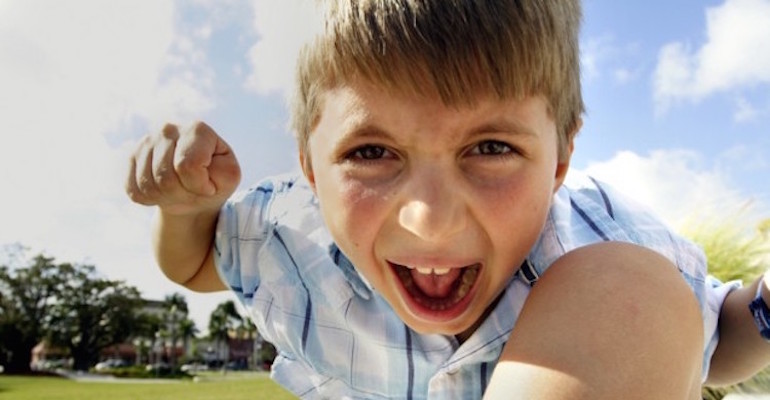 7 Tips To Avoid Being Called A Bully At Work

There are many who think bullying doesn’t exist. That people just need to toughen up.

Interestingly, it is mostly senior managers, (those most often accused of bullying), who take this view.

Then there are those who see bullies at every turn and can’t get to the claim form quickly enough. In Australia, compensation claims for mental stress due to bullying and harassment are 22% of all claims, so there are a lot of people reaching for the form!

Don’t get me wrong, I am not making light of this. There is no doubt that bullying happens in workplaces all around the globe. Statistics tell the sad story.

According to researchers Duncan and Riley, more than one in five people are bullied at work in Australia; in some industries, such as health, welfare, education and government and semi–government services, the figure is far higher, ranging from 25%, 50% to 97%!

One of the major findings of the the largest scientific survey of bullying in the US was that “Bullying is 4 (four) times more prevalent than illegal, discriminatory harassment,” which includes such things as discrimination due to race, gender, ethnicity, religion, disability, or age.

And in the United Kingdom, the latest research conducted by Know Bull! found that “an ‘active’ bully exists in 66.6% of workplaces”.

But the biggest challenge with workplace “bullying” is actually understanding what it is.

Like my last blog post about psychometric testing, most people think they know what it is until they are pressed to actually articulate it.

A worker is bullied at work if:

The key word here is “repeated”. In other words, a sustained behaviour that is directed toward a person or persons. It could be perpetrated by an individual but in some cases, such as hazing, it can be an organisational culture that underpins individual or group behaviour.

What is not bullying?

Expecting someone to do their job is not bullying.

Expecting them to be on time and in appropriate dress is not bullying.

Discussions around changes to working hours is not bullying.

Reasonable management action that’s carried out in a reasonable way is not bullying.

The key word here is ‘reasonable’. It may be that you need to have a discussion with someone about their performance – the discussion itself does not constitute bullying but the manner in which it is conducted may.

Here are 7 tips to ensure your management actions are not construed as bullying:

1. Be reasonable in your expectations

Most people have a job description and expect they will be evaluated against it. Make sure you are not expecting people to work over and above what the job requires to a point that it creates stress and anxiety.

For example, if the hours in someone’s job description are 9-5, then expecting them to be there until 7.00pm (repeatedly) is unreasonable. If their job requires them to use a particular software program, then make sure they have had enough training to feel competent.

2. Be clear about the reason for any discussion around work performance

Request a meeting at a time that works for both parties. And give the person one or two days’ notice. Tell them what the meeting is about to give them time to prepare. Have the meeting in a neutral place such as a meeting room. It is important the person does not feel they’ve been ‘ambushed’.

Sketch out a ‘roadmap’ for the discussion to make sure you only discuss the work performance issues at hand. Be able to provide concrete examples to support any statements you make. Use phrases like “the job requires …” rather than “you have failed”.

4. Keep your language professional and your voice calm and considered

This is very important. Most claims related to psychological bullying cite the words and tone of voice used in the ‘attacks’ as central to the abuse. Try to stay away from emotive words and phrases like “you’re not up to scratch”, or “everyone feels the same way” and try not to allow your frustration or irritation to sound like anger.

5. Refrain from making personal remarks, comparisons, or “they said” statements

Personal remarks are comments like “You don’t look good in the dresses you wear” or “You need to lose some weight” or “Your girlfriend seems to rule your life” – anything that is your personal opinion and unrelated to the person’s ability to do their job is unreasonable and fertile ground for an accusation of bullying.

Comparing the person to others is also to be avoided. How well Johnny does his job is not relevant when talking to Mary about hers.

And stay right away from basing a discussion around what someone else has been saying. In the words of a schmick legal Counsel, “Objection. Here-say, your Honour!”

6. Give the other person equal speaking time

Most imbalances of power that lead to bullying accusations are characterised by verbal domination. Make sure the person has adequate opportunity to state their position or provide an explanation throughout your discussion.

Allow them to complete their sentences before jumping in. Clarify anything you don’t understand. Ask for examples if you need to.

The ‘biggie’ with bullying claims that are upheld is that an abuse of power is evident.

Demanding unreasonable things of people because your position enables you to is abusing your power.

Threatening people with job loss or demotion if they don’t perform to your standards is intimidatory behaviour, a hallmark of bullying. Denying people the information they need to do their job competently and then blaming them for not meeting your standards is psychological manipulation

Bullying means different things to different people, and their relationship with it is influenced much by their experiences and personality. Some people never feel bullied. Some always do. All you can control in any relationship, whether it be work or personal, is the way you behave. If you focus on ensuring your behaviour is beyond reproach then you have nothing to worry about.

8 of My Most Bizarre ‘Firing’ Stories
Why Your Employees Are Quitting [Infographic]
Startup Stories: How Mamamia Got Going
Welcome to RecruitLoop's New San Francisco Headquarters
11 Reasons to Work With a Business Coach
7 Clear Signs It’s Time to Hire Your First Employee [Infographic]