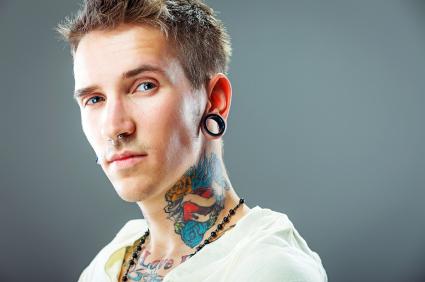 The 10 Biggest Stuff-ups I Made as a Recruiter

I caught up with a client the other day. She was actually a candidate I placed many years ago and we’ve kept in regular contact.

She’s a pretty tough business woman (I remember she was a pretty demanding candidate too!) so I felt quite chuffed when she told me that of all the recruiters she’s dealt with throughout her career both as a candidate and hiring manager, she rated me “right up there”.

As I walked back to the office I started thinking about some of my all time favourite candidate and client moments from nearly 20 years in the game. But since then I’ve also had a few flashbacks to some of my more epic disaster moments. After all … nobody’s perfect.

And I’m not just talking about one of my very first client meetings where my nose decided to start bleeding profusely … all over the CV I was presenting to my client. I mean the ones that left me embarrassed, lost for words, or rocking in a corner.

1. Why you should always meet (or at least speak to) candidates yourself

I was working on a tough client brief and as I always did, I had booked times for my client to interview potential candidates in advance. I had been inundated with ad response so I split the pile of CVs and gave half to my admin assistant. I asked her to please call them and if anyone was a stand-out to just book them straight in to meet the client.

A few days later, I called my client to get his feedback on the first candidate interview.

“How did things go with Sam this morning?”, I asked. “He’s got a great background and I think he’d be great for your team”.

“Interesting you should say that, Paul”, my client replied. “Sam definitely has a solid background. But I should probably point out that Sam’s a woman”!

2. As if anyone could make a loss on a contractor!

It’s no secret how the world of contract staffing works. It’s pretty straightforward. You pay your contractor $X and you charge your client $X plus a nice profit margin (in some cases I would charge $X + 60%). On one occasion I’d been in such a hurry that I quoted my client the $X (contractor’s) rate … for a 3-month assignment.

I have to admit this happened pretty early in my career. But I know it happens all the time.

I was working with a tough client (OK so he really scared me!) on a pretty difficult role. I had interviewed a candidate who had a very interesting background and I thought would be perfect for Mark’s team.

Mark agreed to interview my candidate the next day.

The interview went well and he called me wanting to make her an offer of $80,000.

I called my candidate who started laughing hysterically down the phone. She was after at least $120,000.

When I called Mark to see if he’d be willing to offer her any more, his parting words before he slammed the phone down in my ear were “Paul … you’re about as useful to me as an ashtray on a motorbike”!

4. The one (and only!) time I neglected to do a reference check …

It was late on a Friday afternoon. I still had 4 or 5 temp jobs to fill. I had found (what appeared to be) a great candidate for my client’s 2-week assignment and he could start on Monday morning. One minor problem – I hadn’t been able to get through to any of his referees.

“It’s only a 2-week temp job. What could possibly go wrong?”

Evidently quite a lot … when the temp shows up for work displaying pretty obvious signs of substance abuse!

In a contingent world, the clock is always ticking and far too often it just feels like a résumé race.

I knew my client wanted to see a shortlist by the end of the week. I was working on 5 or 6 other briefs at the time and had received at least 50 applications for this one role.

There had been a few stand-out candidates in the first dozen or so CVs I had screened and I had presented them as the shortlist to my client.

A few days later I realised there were still around 30 applications I hadn’t even opened. So I decided to send them all an automatic rejection letter.

Thank you for your recent application for the position of [I added the job title] recently advertised. Unfortunately in this instance your background and experience did not quite meet the stringent criteria stipulated by my client and I will not be proceeding with your application. I will, however, keep your details on file and contact you in the event a more suitable position comes up.

10 minutes later I received this reply.

Dear Paul. Thank you for taking the time to let me know my application was not successful. I should point out that this morning I interviewed for what I am convinced is exactly the same role. One of your competitors submitted my details a few days ago. I’ve literally just been offered the role and have accepted a package of $110,000. Regards …

You want to impress your client. But time is always of the essence. So when a rockstar résumé comes across your desk you jump on the phone to your client and try to book them in to interview your candidate (well at least that’s what I did).

The problem was when I finally met with my one shoe-in candidate (about an hour before she was due to meet my client), she made it pretty clear that she wasn’t even remotely interested in the opportunity I had just briefed her on.

I assumed being honest with my client would be the way to go.

7. Search your database first. Isn’t that what it’s there for?

I had taken a brief for a really senior role and had immediately told my client that due to the level of the role, we’d definitely have to run a display advertising campaign in order to attract the passive candidates.

Back in the day this meant another $5,000 over and above the 28% of the candidate’s salary he would already be parting with.

I wrote a great ad which appeared right up the front of the paper and the response was of a really high standard.

I submitted 5 candidates as my shortlist and my candidate Karen was successful in getting the job.

A few weeks after she started I took Karen and my client out for lunch (after all the placement fee had been over $30,000).

During the lunch Karen said. “There’s one thing I’ve been meaning to ask you … why didn’t you just call me in for an interview? I’d been on your database for at least a year. You could have saved all that money on that big ad”.

My client carefully put down his knife and fork, stared right at me, and waited for me to reply.

8. Disaster at the eleventh hour …

I’d been working on a confidential brief for a high profile luxury brand in Asia with an estimated fee of around $40,000.

After at least 6 months of searching, I had found the perfect candidate.

Christian had accepted the offer just before Christmas but was only due to start the following February after Chinese New Year.

I always kept in regular contact with all my candidates before they started in their new role (except on this one occasion). I guess with the Christmas holiday period, Christian taking his family back to Canada for a visit, and Chinese New Year it somehow slipped my mind.

Basically 6 weeks passed and I never once contacted Christian to check in – not even a simple email. I just assumed it was all tracking along nicely.

Then 24 hours before he was due to start his role, I received an email from Christian telling me he and his wife had realised how much they both missed Canada and that they would be relocating back to Canada since he had managed to find another opportunity.

He thanked me for all my efforts and asked me to also pass on his apologies to my client.

Let’s just say they didn’t exactly take that news all that well.

9. When did you last go and visit your client?

I’d been working with one particular client on and off for a few years. But it had been at least 6 months since I’d last placed anyone with him and clearly just as long since I’d spoken to him or been out to see him.

Spoiler alert: This took place a long time ago – when mobile phones were still a bit of a novelty!

My client had faxed me (I told you it was a long time ago!) a job requisition and asked me if I’d be able to help him find another sales rep.

I spoke to a few really good candidates and was quickly able to arrange interviews. I briefed them all on the role, gave them the details of my client’s office and specific directions for how to get out there.

I’d planned to call my client and my 3 candidates to see how the interviews had gone the next day after my morning meetings. When I got in I noticed the little red light flashing crazily on the phone on my desk. 6 voicemails.

It turns out my client had moved and their office was no longer where they were when I last went to visit them. Each of the candidates had turned up to a vacant office space and had turned around pretty disgruntled (to say the least).

My client had also called a few times leaving more abrupt messages as time went on wanting to know where my supposed “superstar” sales reps were.

10. Perhaps I’ve already mentioned that you should always meet candidates in person?

I was working on a business development manager brief for a very conservative top-tier law firm.

I’d received an awesome application from a candidate living interstate at the time. I’d done a one hour telephone interview with Jayden, and although he hadn’t worked in law previously, his skills were certainly transferrable and he seemed really motivated to move into a more professional services environment. He also seemed to have the right attitude.

Jayden was willing to fly up to Sydney for interviews so I had booked him in to meet with my client.

Unfortunately Jayden’s flight had been delayed so I didn’t get a chance to meet him before his interview at the law firm. But at least I’d prepped him again the night before he flew up.

I’ll never forget the voicemail message that my client left for me after the interview.

“Hi Paul. Jayden seemed nice. But I’m not sure how you could possibly think that someone with a spider web tattoo on his neck and a bull ring through his nose could sit in a meeting with the partners let alone represent us to the market. I think we’ll have to brief another agency …”

Oh to have had video interview screening tools back in the ‘90s!

So there you go … my personal top 10 epic blunders.

Come on all you recruiters out there … nobody’s perfect … not even after 20 years in the business. Let’s hear a few more disaster stories.

9 Things To Avoid During Backdoor Reference Checks
9 Interview Hacks For Every Hiring Manager
5 Ways You Can Use Instagram for Better Hiring
5 Ways for Recruiters to Attract Passive Candidates and New Clients
Webinar: Cool Tools and Technology for Independent Recruiters
Recruiter Spotlight: Dogs And Fast Cars