What Jobs Have The Highest Divorce Rates? (It’s not looking good for trades…)

We’ve all heard the numbers- Forty to fifty percent of all marriages end in divorce.

While the number itself is heavily debated, and for years writers have been trying to either prove or debunk it, there is no denying that many marriages end in divorce.

Your age, where you live, and a variety of other factors can all contribute to the chances you’ll say “I don’t.” It got us thinking- do some jobs increase your risk of divorce? Do other jobs mean you’ll live happily ever after?

Using PUMS data from the U.S. Census Bureau, we compiled a series of data showing the frequency of divorce for those under the 30.

The results? Tradies, or blue collar workers, may get the ladies…but they also have a high rate of divorces.

Jobs With The Highest Divorce Rates

Meanwhile, jobs with more education and in particular healthcare workers have a low rate of divorce.

Jobs With The Lowest Divorce Rates

Keep reading to see the rate of divorce, some cool charts, and just what all this means.

Divorce By 30- A Breakdown 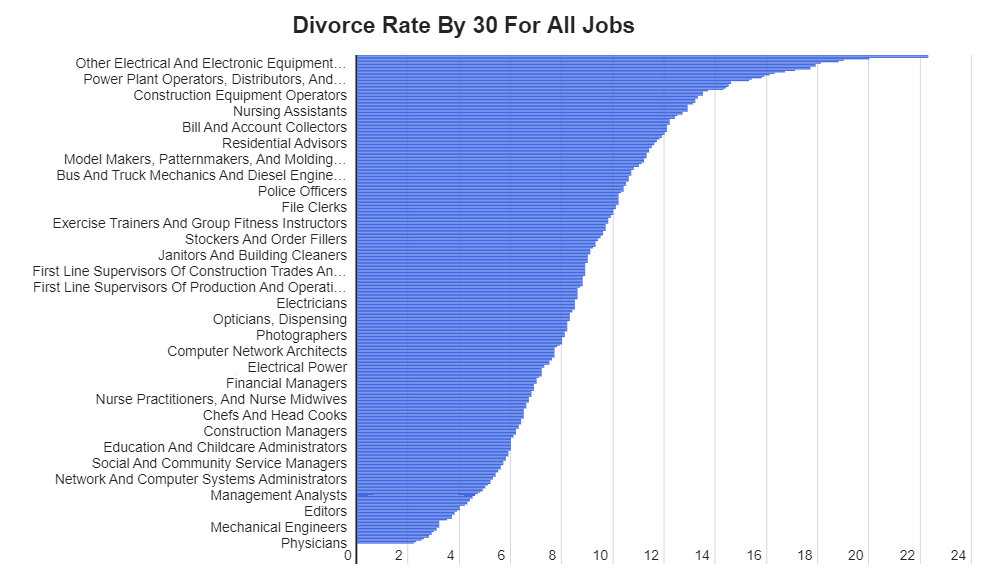 As you can see, it’s a bit too much data to take in all at once, so let’s zoom in and take a look at the top 20 on the list: 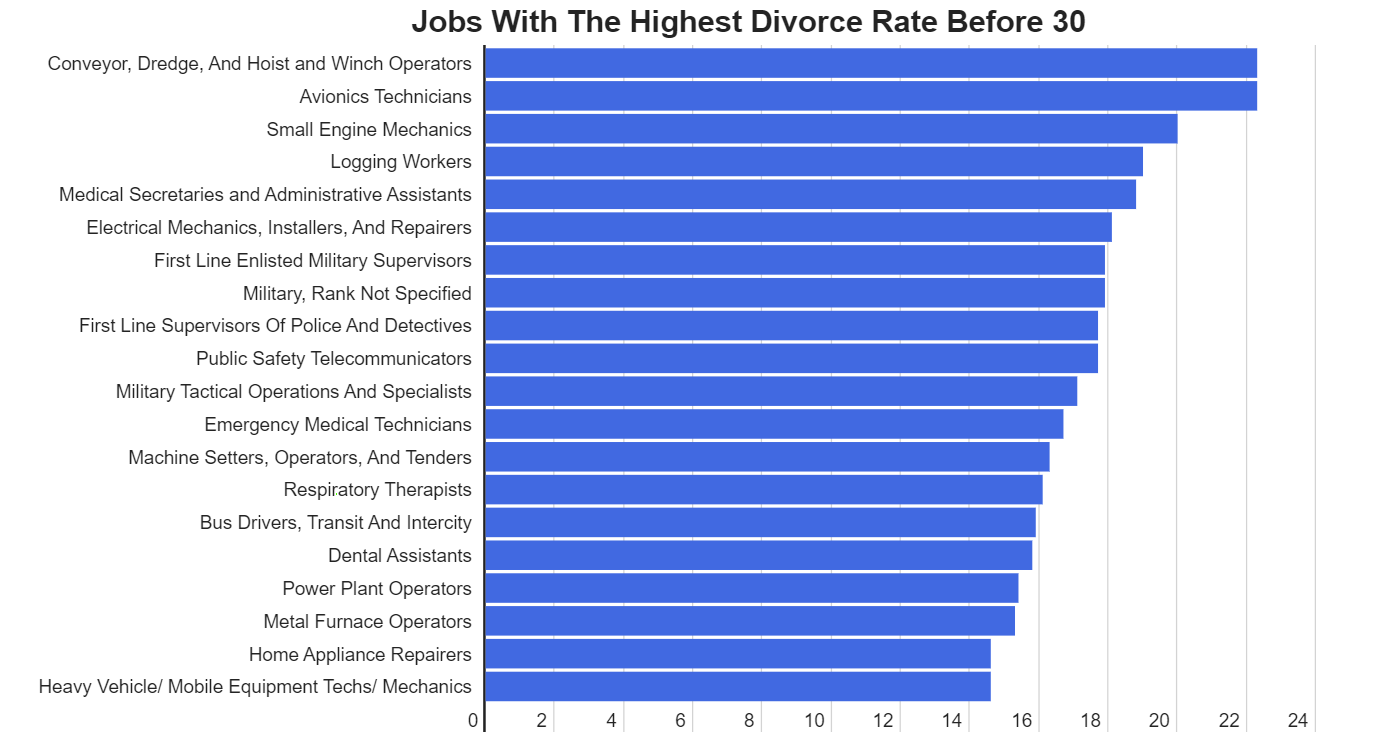 Right away, a few things jump out:

What does all this meangt;

Look, no one is saying that you can’t be a happily married winch operator or a bitter, divorced doctor. For that matter, we can speak to how happy any of these marriage are- just what percent of them end in divorce.

However, one profession has a significantly higher chance of being divorced before 30 than the other. Some jobs create environments where it is hard for marriages to thrive. Stressful work environments and long shifts or atypical hours can be trying on a marriage.

It is also worth noting that many trades, along with military and first-responder careers can launch workers into their careers younger. Since many wait to get married until they are financially secure in their career, it is possible these workers get married younger and simply have more time to get divorced before 30.

The average “first” marriage (that ends in divorce anyways) lasts 8 years. Good luck fitting in 8 years of marriage and a divorce in with med school.

Best Companies To Work For In San Antonio, TX

20 Best Companies to Work For in Louisville

20 Best Companies To Work For In Raleigh, NC