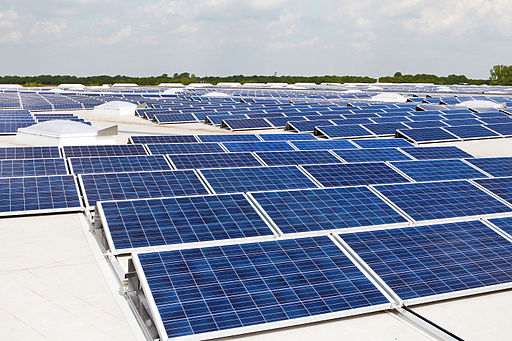 The Greenest Cities In The US, Ranked

by Kathy Morris
Study - 6 months ago 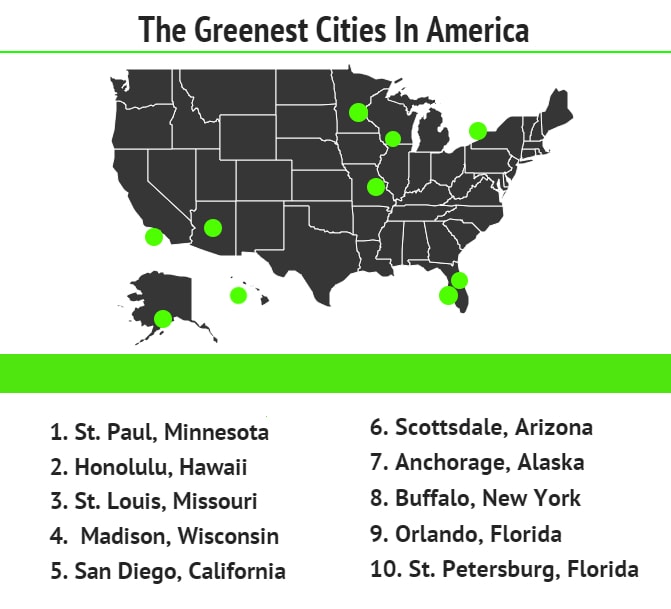 People are ditching plastic straws and carefully sorting recycling to lower their environmental footprint. Green jobs are one of the fastest growing job sectors, meaning for some the green movement isn’t just a lifestyle- it’s an occupation. Of course, while individual contributions are important, where you live impacts lifestyle.

Ever wonder which cities are the greenest cities in America?

The Greenest Cities In The US

The results? While hearing the term green may bring to mind young and hip west coast cities, that doesn’t reflect the data. San Diego is the only west coast city in the top 10. Overall, diverse cities from all regions of the US made the top 10.

Keep reading to see how we discovered the greenest cities- or hop to the end to see how your city stacked up.

How We Determined The Greenest Cities

Since car use is one of the primary causes of personal pollution, we used Walk Score to examine walkability and measure the ability of people to meet their basic needs without a car. The higher the number, the higher the walkability. For example, Chesapeake, Virginia has the lowest walkability score at 21 on our list. While, New York City has the highest at 88.

However, just because someone can walk–doesn’t mean they will, so we incorporated car ownership from the Census’ ACS. Similarly, we added in average commute from the ACS. In general, the closer people live to their jobs, the better for the environment.

However, transportation is just one aspect of environmentally friendliness. We used data from Save On Energy on annual tons of waste per person. This data was on a state level, so all cities in a state received the same number.

Finally, we looked at parkland per 1000 people. Not only does green space make people happier, it reduces pollution and is a powerful symbol of a commitment to environmental preservation. All on data on park land came from the Trust For Public Land

All factors were ranked equally. You can see a breakdown on the top 10 next, or skip below to see the list of all cities ranked. 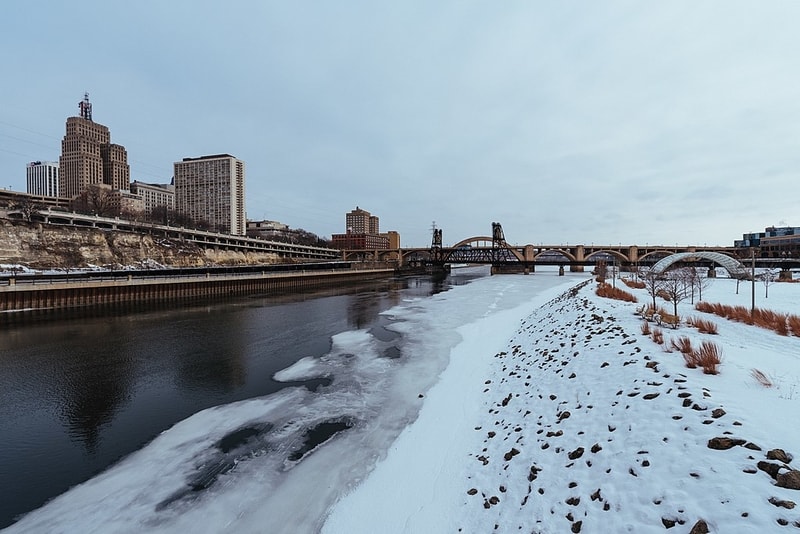 St. Paul, Minnesota is the greenest city in the US. Minnesotans are some of the least wasteful people in the United States– only tossing out 12 tons of waste per person. That’s about 26 less tons that everyone in Nevada. St. Paul may not be the most walkable city, with only some errands being walkable. However, average commutes are short, making St. Paul the greenest city in the US. Honolulu is the second greenest city in the US. Only 69% of Honolulu residents own a car. This is particularly impressive because Honolulu is not super walkable. Many residents take advantage of a good public transport system cutting down their emissions. Combine that with the plentiful parks and beautifully preserved nature, and Honolulu is a pretty green city.

St. Louis is known for their impressive parks, with Forest Park being the crown jewel of their collection. But they should also be known for their low amount of waste per person. Residents of the arch city have some of the shortest commutes of major metro areas. That’s pretty environmentally friendly.

Madison, Wisconsin is the fourth greenest city in the US. Madison residents could own less cars and have a bit too much Midwestern sprawl to be higher on the list. But all things considered, Madison is doing pretty good. 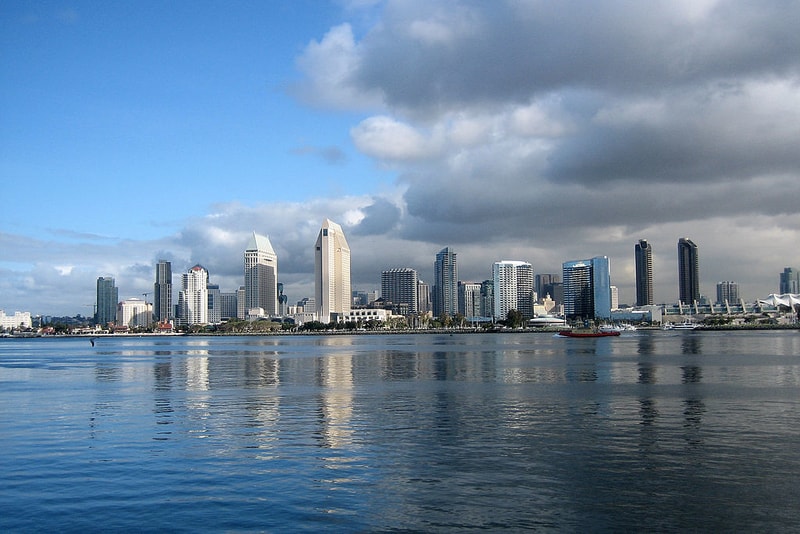 San Diego is the first- and only- California city to make the list. San Diego residents have some of the lowest car ownership in the nation and a myriad of parks.

Scottsdale is the only suburb to break the top 10. Located outside of Phoenix, Scottsdale residents live pretty environmentally friendly lives. Not only do are they surrounded by jaw dropping nature, they have an above average amount of public park acres to residents and below average car ownership. That’s pretty green.

Anchorage, Alaska made the list due to their impressive amount of green space. While it is one of the least walkable major cities, residents of Anchorage have less car ownership than comparable cities.

If Buffalo, NY had a favorite color it might be green. This underrated New York city is the 8th most environmentally friendly city in the US. While Buffalo is a city where for many going to work means driving, the city is fairly walkable. Buffalo residents can also pat themselves on the back for accumulating less trash than most other places. 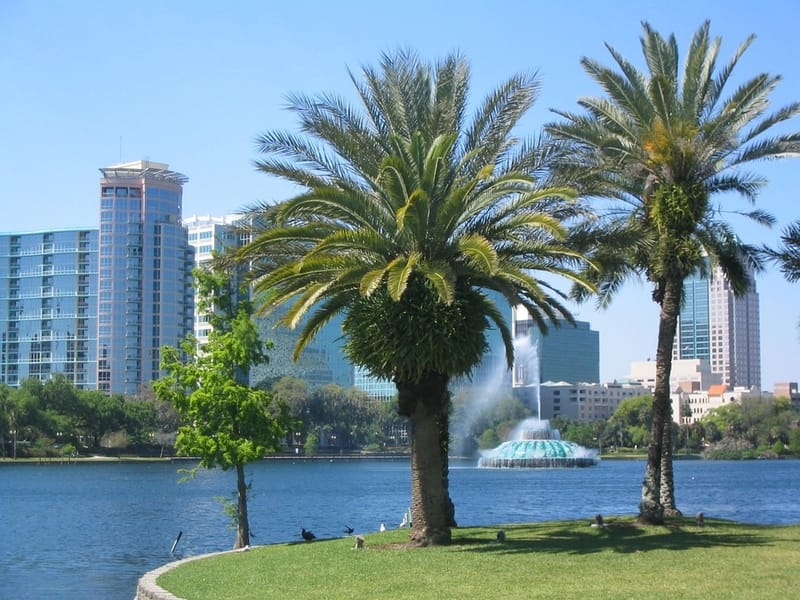 When you think Orlando, you might think of Mickey Mouse, but maybe you should think again. Orlando is the 9th greenest city in the US. While Orlando falls short on public green space and parks, the city has low commutes and minimal waste. 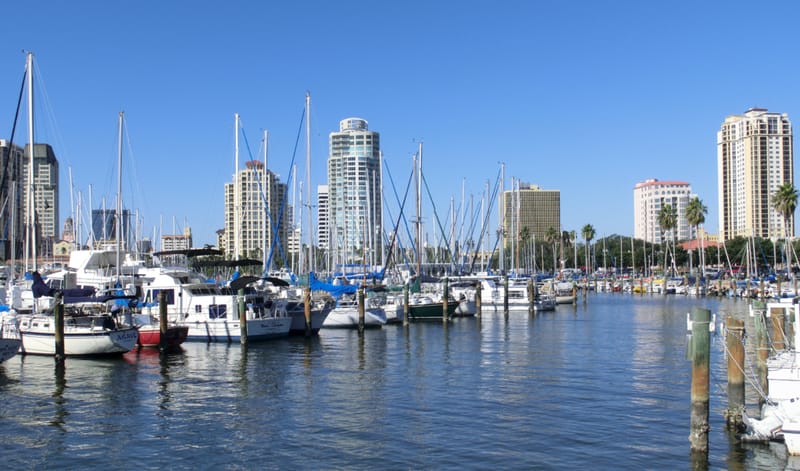 In 10th place, we have the second Florida city– St. Petersburg. St. Petersburg residents are less trashy than most other states– only throwing out 14.7 tons of trash per person a year. While low car ownership ups the average St. Petersburg’s commute time up, they are still strides ahead of most other cities in this study.

Summary On Greenest Cities In The US

There you have, the 10 greenest cities. We examined walkability, car ownership, park lands, and waste to crown these cities the greenest of them all. While where you live certainly can influence your impact on the environment (walkability, length of commute, recycling facilities, etc), many environmental choices come down to the individual. Just because you live in Wisconsin doesn’t mean that you are leaving minimal waste. Similarly, living in Fort Wayne, Indiana, the city ranked last, doesn’t mean that you can’t make eco-friendly choices.

In addition, we only examined these five areas. While these metrics are important, the environment is complicated.

Greenest Cities In The US, Ranked