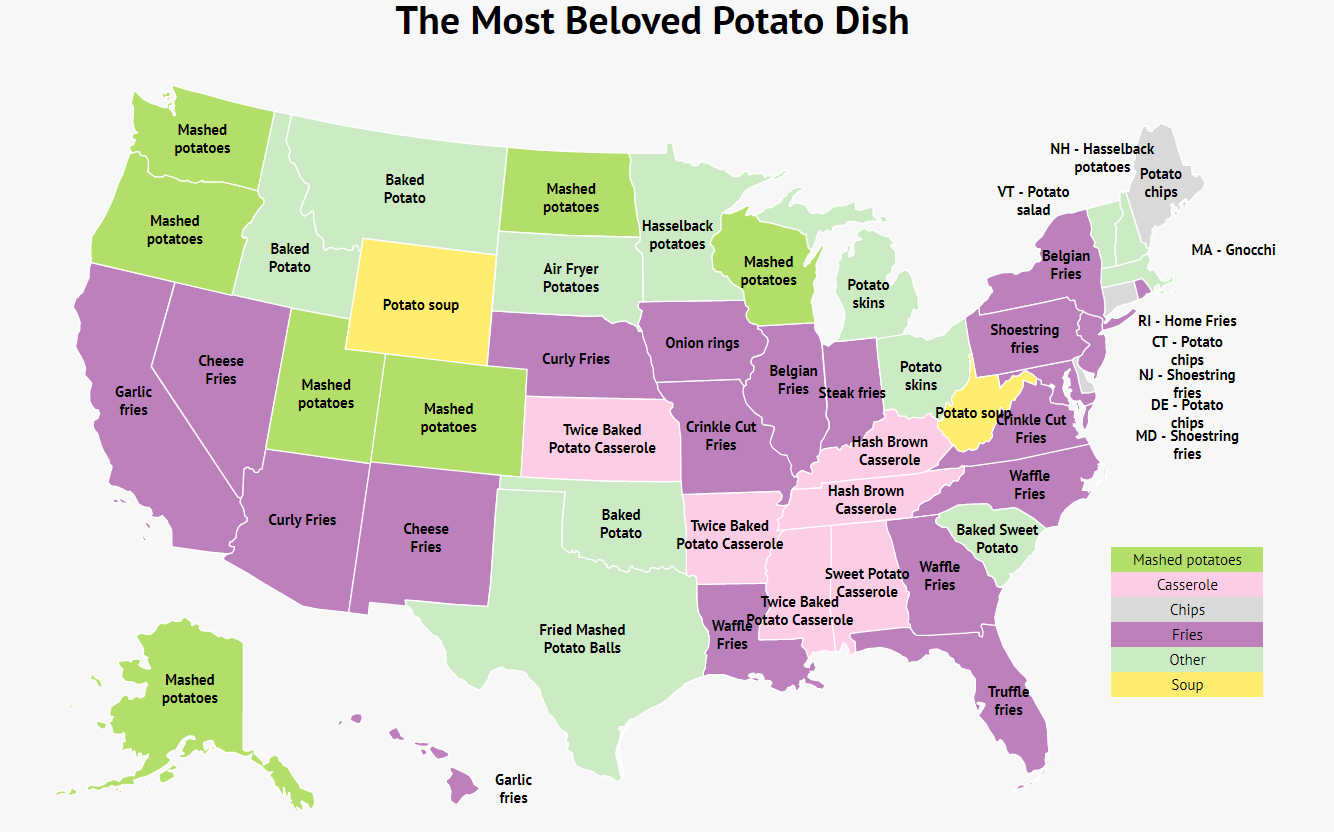 Today is the spud-tacular day we honor America’s favorite starch. Whether it’s your lunch break or happy hour, good chance potatoes make an appearance. From the potato chips in your lunch bag to the half-off potato skins you drown your sorrows with after work, they’re everywhere.

Fried, baked, roasted, mashed, souped, or however else you choose to eat them, potatoes are a people pleaser.

If you’re stumped on what potato to celebrate with, rest your head, we found each state’s potato dish of choice.

You can see your state’s favorite and some of our favorite findings below.

HOW WE DETERMINED THIS

Using Google Trends, we determined which states were the most avid fans of each potato dish.

We examined 40 different favorite potato concoctions, covering the most common and beloved dishes. We included the fried favs, the covered potato-dishes brought to family gatherings, and a range of yummy potato sides. This ended up bring a pretty comprehensive list of potato dishes. So odds are good we covered your favorite.

To Fry Or Not To Fry

The answer is “to fry.” Whether that fry is curly, crinkle-cut, shoe-string, covered in cheese, or onion-ring style is up to you.

Or maybe fries aren’t your speed, and you would prefer your potato baked, roasted, or Hassleback. Shoot, maybe you’ll buck tradition and get some yummy hash browns. Whatever you choose, it’s bound to be delicious.

So spend your International Potato Day wisely, stocking up on America’s favorite starch.