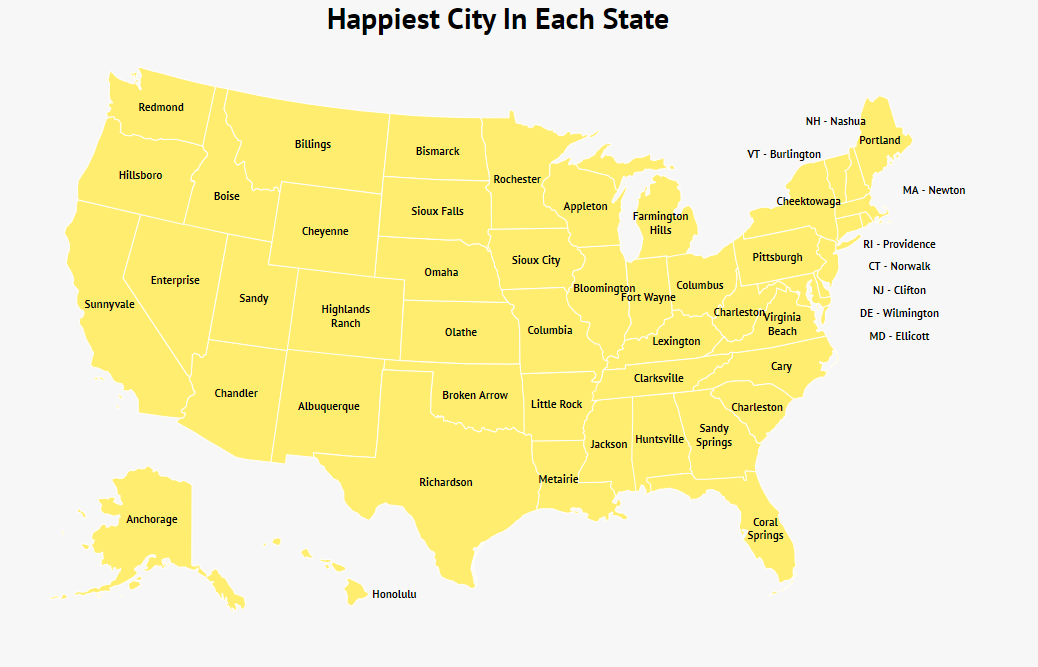 Ever wondered where in the country people are happiest? Better yet, what city in your state has the secret sauce for happiness?

Just like where you work and what you do, where you live can have major implications for your quality of live. We set out to find the cities where life is sweetest and the residents have the most to grin about. We found the cities where people make living wages, aren’t wasting their lives away in cars,

Surprised? Mid-sized towns won out over booming cities. Apparently, happiness needs space to thrive. I guess all those Hallmark movies were on to something.

We turned happiness into a science and scoured the country to find the cities with all the ingredients for happiness:

We examined over 600 cities, to find the cities that have all of the above in spades.

Similarly, if you’re scratching your head to see $75,000 as the cut-off for happiness, blame Purdue University. There study found that was the amount that met basic needs and freed people from the pitfalls of deep financial insecurity.

All of our data comes from the most recent American Community Survey.

Keep reading for more on why each of these 10 places is brimming with happiness—or hop to the bottom to see the happiest city in your state. Sorry Overland, Kansas has a new happiest city and it’s Olathe. At just 21 miles from Kansas City, residents have the affordability of suburban live, with the available excitement and opportunity of a larger city. Residents of Olathe are highly educated, with an impressive 35% having at least a bachelor’s degree. And in this modern day, education means options, and folks in Olathe have plenty of them. Rochester is the third happiest city in the country and the happiest in the entire state of Minnesota. 52% of Rochester residents come home to a partner to share their life burdens. Bonus? Rochester’s short commutes give them more time to spend with all their loved ones or on hobbies they enjoy.

Cary may only be the 7th largest city in North Carolina, but is number one in happiness. An impressive 64% of Cary households earn $75,000 or more. That means families in Cary can afford peace of mind.

Appleton, Wisconsin is the 5th happiest city in the nation. Appleton residents’ moods are kept high by reasonable home prices (the median home price in this Wisconsin city is only $150,000), happy marriages, and short commutes.

The state of Colorado is booming, with many moving there to enjoy the growing tech scene, beautiful outdoors, and great work life balance. So many flooding into the state head to Denver, but going by the data they should give Highlands Ranch a second look. A staggering 78% of households earn over 75,000. Toss in high marriage rates and reasonable commutes, and it’s easy to see those who call Highlands Ranch home have a lot to be happy about.

Bismark, North Dakota is the 7th happiest city in the country. Bismark residents pull in respectable salaries and manage to do it, on average, within 18 minutes of their home. They can use all that extra time saved from a long commute to indulge in hobbies they’re passionate about. 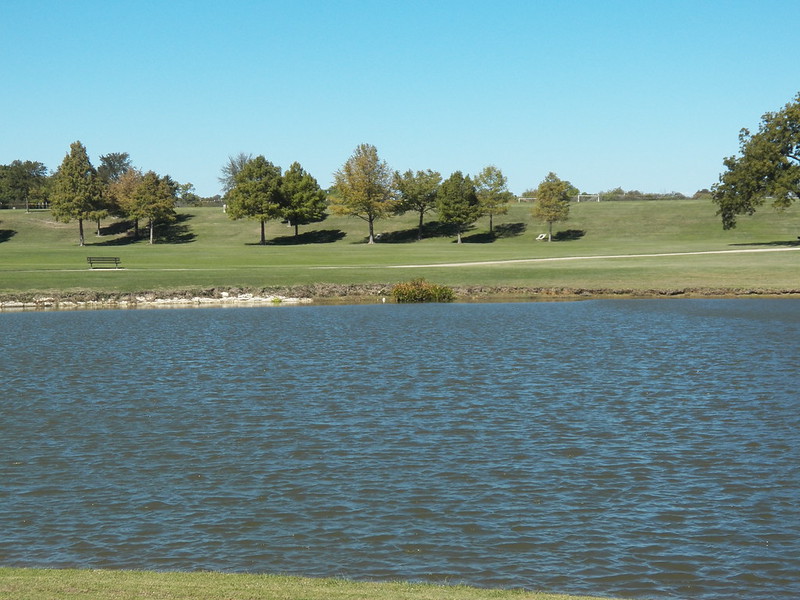 Richardson is the affluent inner suburb of Dallas. Rchardson residents are highly educated with good incomes, decent marriage rates, and reasonable commutes. What’s not to be happy about? Seattle may be where you go to work in Washington’s largest companies, but Redmond’s where you live for happiness in Washington. While median home value is pretty steep in Redmond (a staggering $825,700!), Redmond residents earn top wages which helps soften the costs. Redmond residents are some of the most educated people in the country– with 39% having a bachelor’s degree.

In 10th place is Chandler, Arizona. Not only is Chandler the happiest city in Arizona, it is also home to a growing population of millennials. Maybe they’re hoping happiness is contagious?

There you have it, happiness is a place

Turns out, the happiest cities in America are mid-sized, with many being suburbs of large nearby cities.

While we can’t guarantee everyone living and working in the top 10 cities is happy, they have a better chance the most.

If you are looking to improve your own happiness, check out how you can help improve your personal factors: housing costs, job satisfaction, income, and education. If your city and state didn’t make the top 10, check out the list below to see where in your state people are the happiest.

The Happiest City In Every State