30 Surprising Social Media At Work Statistics [2022]: What Every Manager Should Know

Research Summary. While social media is often regarded as a hobby to be enjoyed outside of working hours, its usage is becoming more popular within the professional world.

However, there are varied opinions on whether the increased use of social media in the workplace is helpful or harmful to productivity and employee satisfaction. Some argue that social media is a distraction, while others claim it’s an essential networking tool. Well, after extensive research our data analysis team concluded: 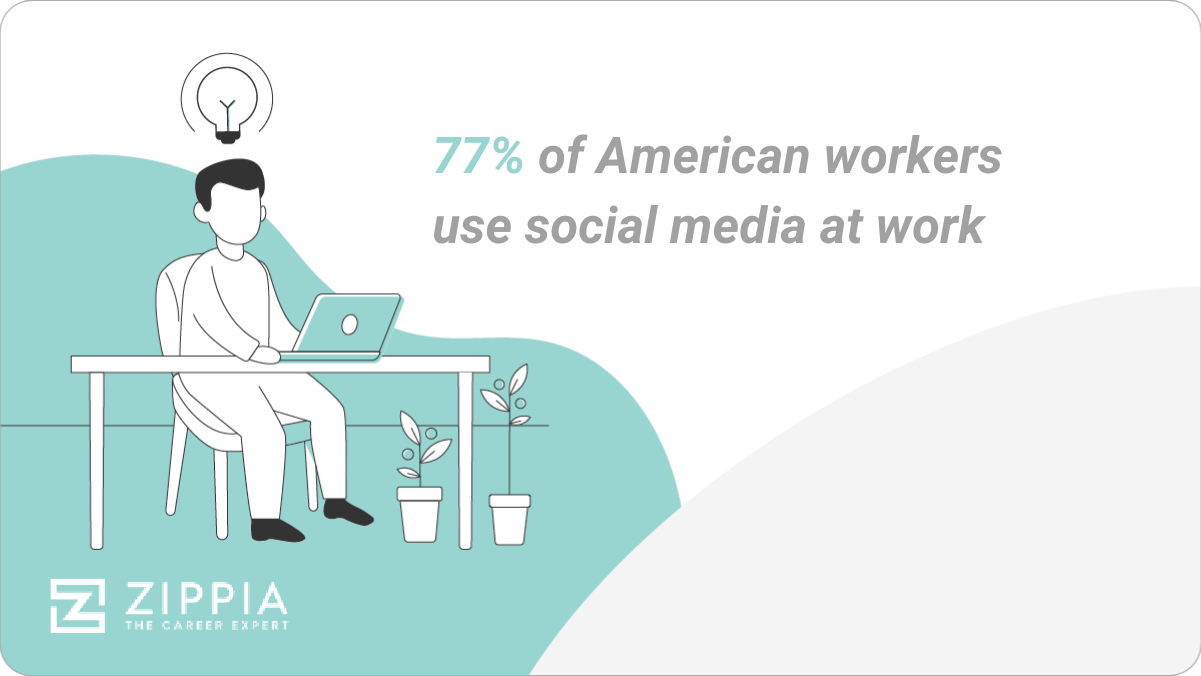 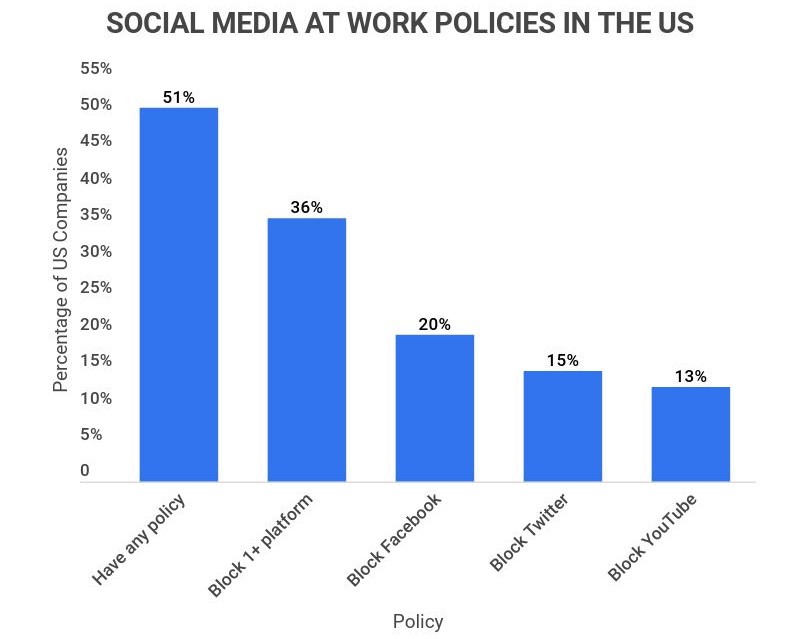 Not all types of workers use all types of social media websites equally. Some sites are more popular than others, especially with certain age demographics. To find out more about the details of workplace social media usage, here are some of the most prominent demographic trends: 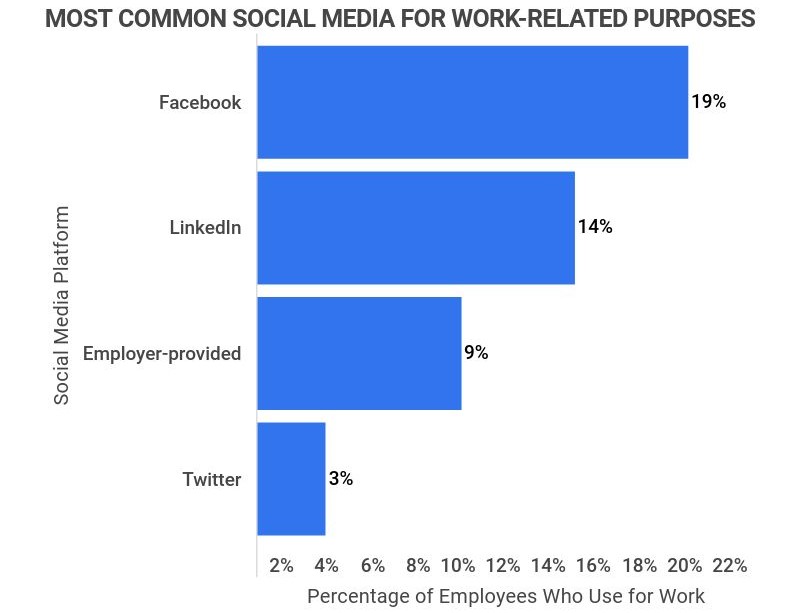 As a valuable networking tool, social media can also be a great way to find employment as a prospective worker, or to fund recruitment campaigns as an employer. To understand how social media is effecting the job market, here are some crucial stats about just that:

Social media has evolved the way that people interact with each other and present themselves online in their personal lives, but it’s also had a major impact on the professional sector.

The emergence of social media began in 1997 with a network called Six-Degrees that had the intention to create a new form of networking online. This was followed by another basic platform that allowed messages and bulletin boards called Friendster.

By 2002, MySpace and LinkedIn had hit the internet and were gaining popularity. These types of communication-based websites attracted millions of users from the start because they opened up a new form of interacting with other people on the internet.

As of June 2022, there are now nearly 4.65 billion social media users around the globe who use an array of platforms to conduct personal and professional matters.

In some regards, the rise of social media has become an increasingly useful tool for businesses. Companies lean on social media to get their brand out there, employ creative strategies of advertising and communicate with their customer base.

Additionally, many employees believe that using social media at work has improved their relationships with co-workers, communication at work, decision-making, and even their overall productivity.

However, there is also a negative side to the ever-growing presence of social media. Certain statistics suggest that allowing social media in the workplace contributes to a lower rate of employee retention because a company’s staff is constantly exposed to other professional opportunities.

Many people also find that the use of social media in the workplace can be extremely distracting and hurt an employee’s overall performance.

While there is a mixed bag of opinions regarding social media’s place and its effect on the professional space, the existence of social media networks is a reality that’s here to stay, and it must be taken into account by employers. 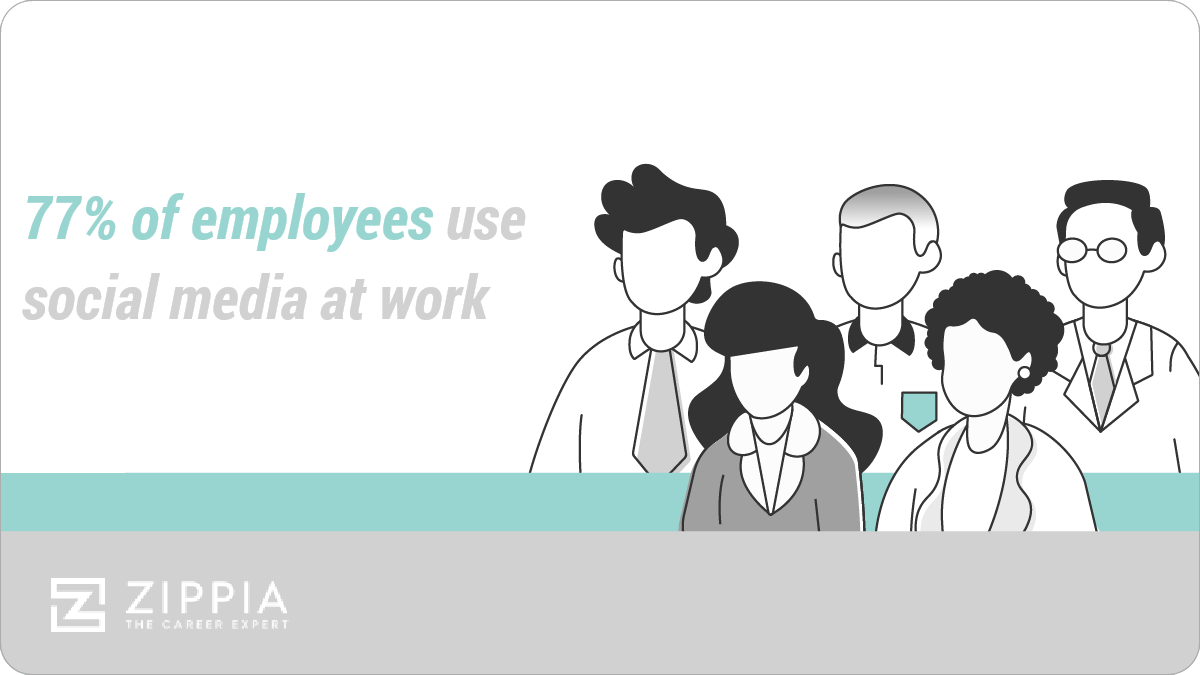