Research Summary. Workplace violence continues to be a pressing issue that companies from all sectors grapple with across the United States. Today, millions of people fall victim to workplace violence each and every year. In an effort to understand the complexities and intricacies of workplace violence in the U.S., our data analysis team concluded:

For further analysis, we broke down the data in the following ways:
Assault and Fatality | Demographics | Industry | Corporate Policies | Cost | Other 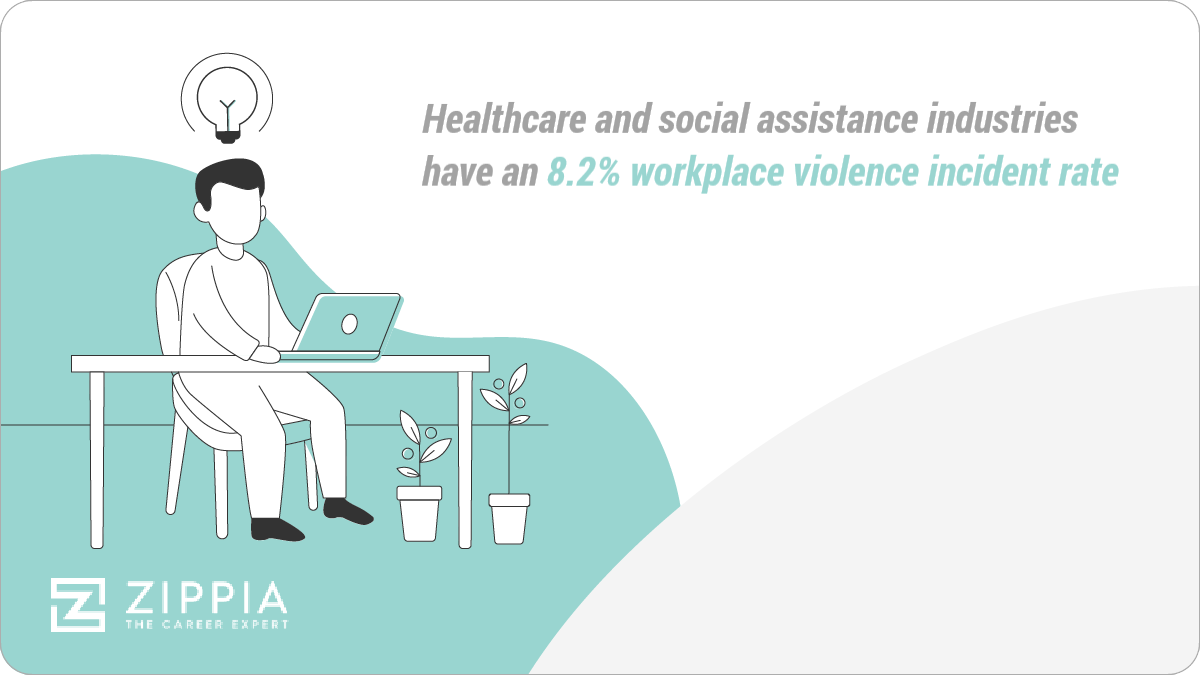 While workplace violence continues to be a top concern for many businesses across the country, the majority of American employees still report feeling unsafe at work. Although workplace violence incident rates and fatality rates have increased in recent years, much work is still needed to combat this growing issue.

Today, healthcare professionals, especially hospital personnel and nurses working in emergency care facilities, are most at risk of workplace violence.

Generally speaking, occupations that commonly interact with the public or exchange money have the highest levels of workplace violence, according to career experts. That violence can come in the form of bullying, assault, sexual assault, robbery, and much more.

According to statistics, workplace violence touches millions of people every year, affecting businesses across every sector and industry. U.S. businesses face lost revenue and reputation damages, as well as employee loss and turnover, due to instances of workplace violence. Although efforts are being made to combat workplace violence in the United States, the road ahead could be a long one.