Research Summary. With millions of people looking for new jobs in the wake of a shaken economy, it may be surprising to hear that most Americans are satisfied with their work.

However, there is also a crucial difference between having satisfaction in your work, and being passionate about your work. So, to find out more about how Americans feel about their jobs, this article will address everything you need to know about job satisfaction.

For further analysis, we broke down the data in the following ways:
Company | Age | Compensation | Productivity | Factors 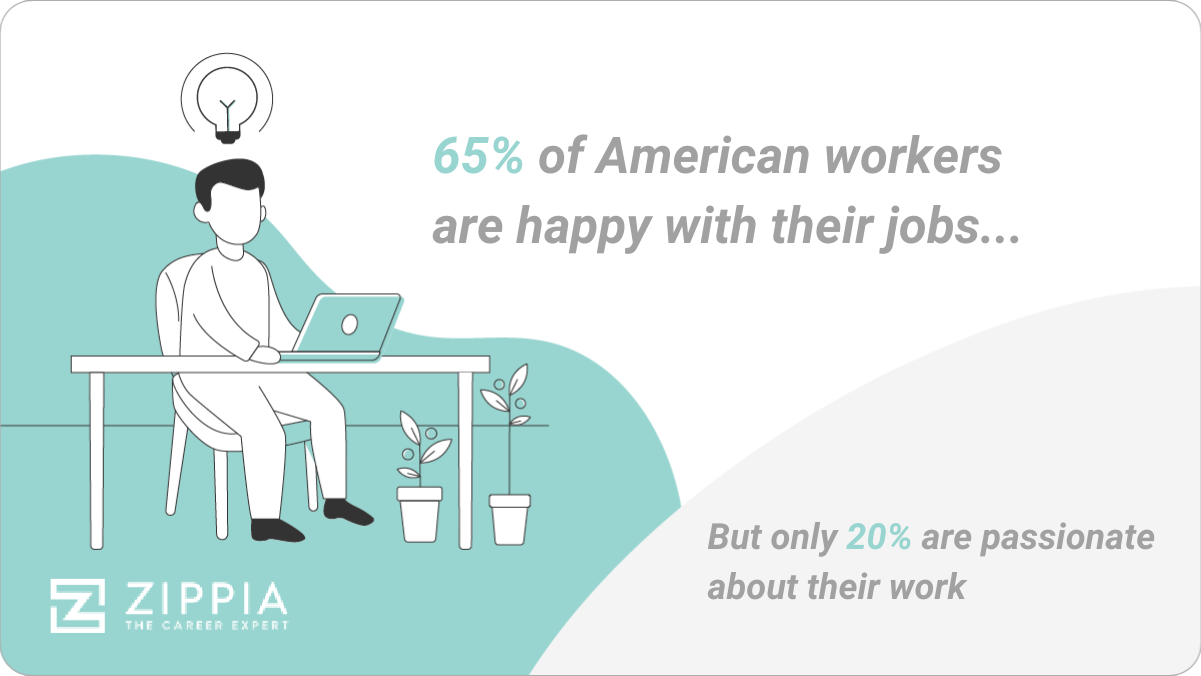 In addition to income, the type of job someone has can also have a major impact on their job satisfaction. Despite income, many jobs in public service or humanities have high satisfaction rates. These rates seem at least somewhat linked with Americans finding “meaning” in their work. Here’s the breakdown:

In addition to these other factors, age can also play an important role in job satisfaction. This can be the result of education, experience, and more. Here are the facts:

Though already mentioned, it’s important to understand just how much compensation affects job satisfaction. While higher-paying jobs do generally have higher levels of satisfaction, it isn’t black and white. Here’s what we found:

If you’re wondering why job satisfaction matters, part of it comes down to productivity in the workplace. On average, satisfied workers are more productive. Here are the numbers:

Now that we’ve gone over some valuable job satisfaction statistics, let’s dive into some other factors contributing to it. Some of the most important include: Respect (72%), meaningfulness (35%), salary (20%), autonomy (18%), opportunity (15%) and recognition (12%). 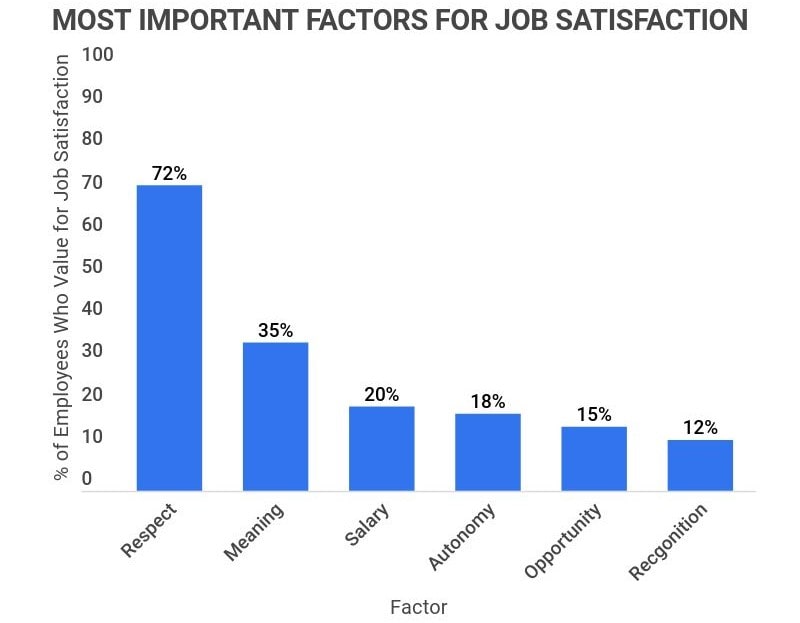 Job satisfaction seems to fluctuate wildly in the U.S., with some sources reporting high levels and others showcasing alarming trends. However, most of this can be attributed to the many factors that contribute to job satisfaction.

For example, while a higher salary can indicate higher job satisfaction, this isn’t always the case. Things like meaningfulness, respect, age, job type, and more can play a role.

Overall, job satisfaction can be hard to measure beyond the individual level. Still, trends show that more respect and meaning, paired with more benefits and a higher salary, will regularly increase job satisfaction.