Wasting Time At Work Statistics [2022]: How Much Of The Average Workday Is Wasted? 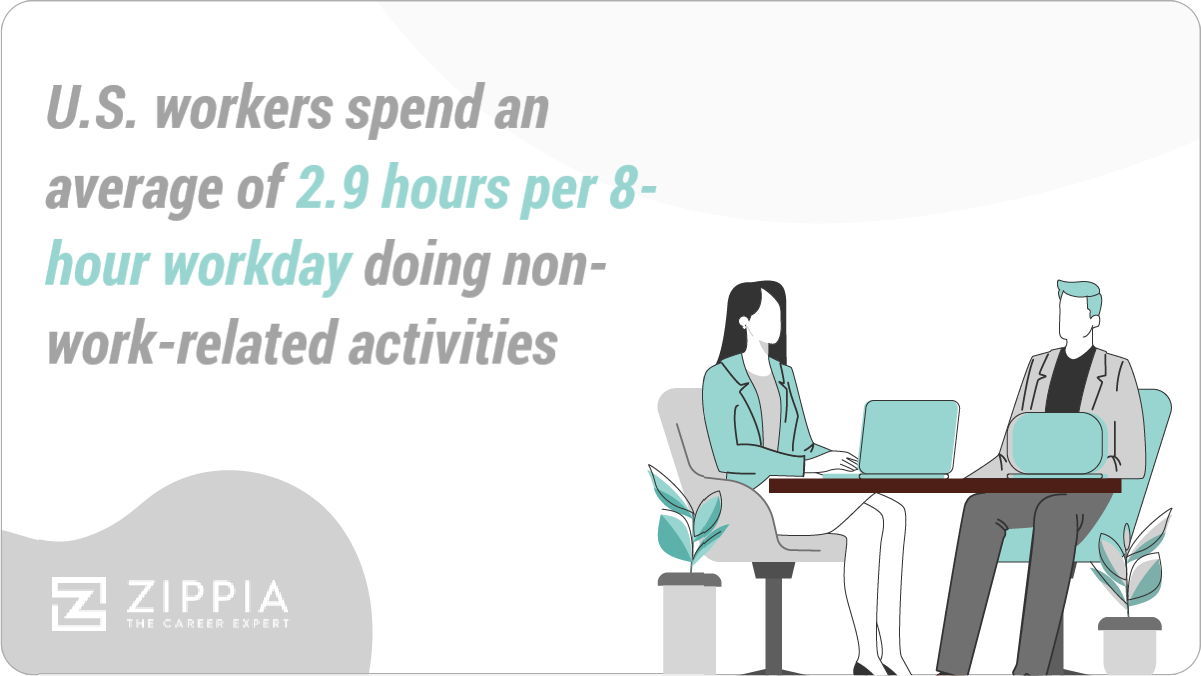 Wasting Time At Work Statistics by Wasted Time at Meetings

Wasting Time At Work Statistics by the Biggest Distractions

It’s nearly impossible to find an employee who is fully productive for all eight hours of their workday. In fact, 89% of workers admit to wasting at least 30 minutes at work every day, and 4% say they regularly waste four hours or more.

Those employees are talking about wasting time by scrolling social media, surfing the web, or texting family and friends, but many employees waste time at work through work-related activities as well.

For example, 47% of employees see meetings as the biggest time-waster at work. They may not be far off either, since the average employee spends 21.5 hours of their week in meetings – half of which are considered wasted time – and U.S. businesses lose $37 billion a year on unnecessary meetings.