Each State’s Favorite Sauce (Hint: There’s a reason why it’s on most restaurant tables) 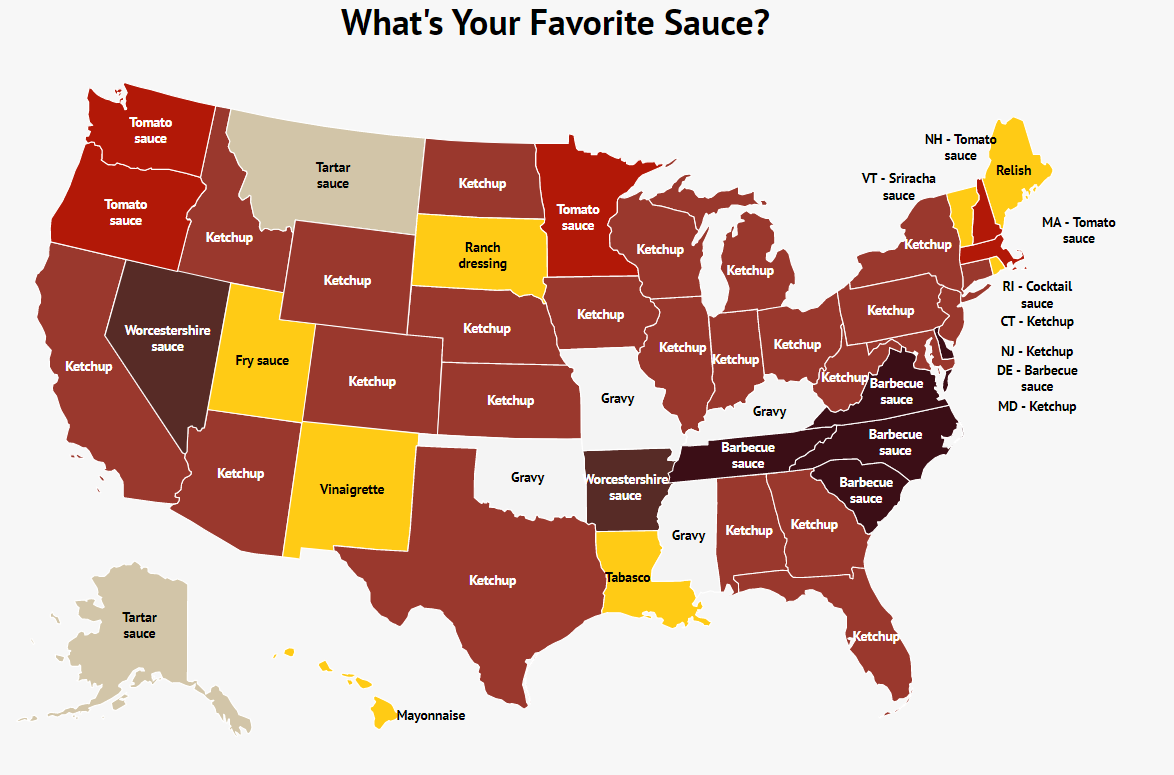 Did you celebrate March being National Sauce Month?

Probably not, but judging from America’s overwhelming consumption of sauces- and all the servers who have to ask, “Need any ketchup?” a million times a shift- maybe you should have.

Have no worries, in honor of the highly serious, esteemed holiday, we decided to uncover each state’s favorite sauce.

Since a sauce is “thick liquid served with food, usually savory dishes, to add moistness and flavor,” everything from beloved condiments to good old spaghetti sauce was a contender.

The results? Turns out, most of America is the kid who eats their steak with ketchup. And basically everything else.

For example, while Vermont uses all the sauces the rest of the country does, the search interest in “Siracha sauce” is disproportionately higher than the remaining states- making “Siracha sauce” more popular in Vermont than anywhere else.

Some controversial decisions were made, including not counting salsa as a sauce. While salsa may mean sauce in Spanish, after exhaustive research we concluded it fell more into dip territory. Sorry, salsa fanatics.

We looked at a whole year of search data, giving each state plentiful time to reveal their fervor for all the sauces.

But at the end of the day, the search volume doesn’t lie. The red in America’s red, white, and blue might just be ketchup, because it swept (or sauced) the nation.

Topics: Food, Get The Job, Guides