These Are The States With The Highest Median Debt For Graduates 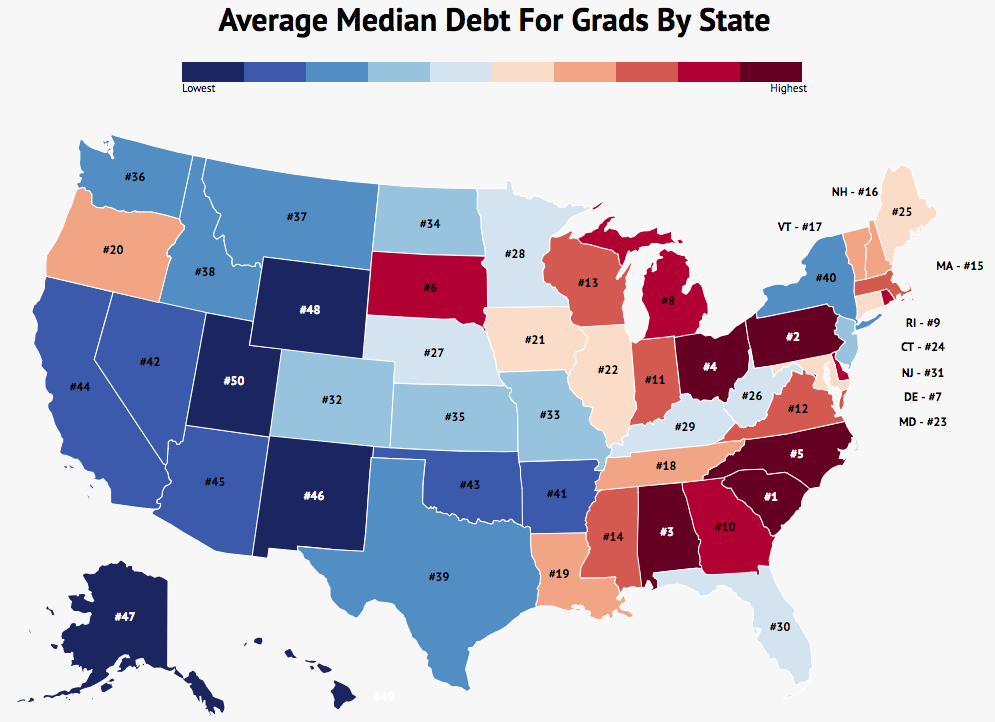 Speaking as someone who will be staring into this dark abyss consuming my bank account for the foreseeable future, student loans are not very fun to deal with.

There are 44.2 million Americans with student debt and the average student loan debt for the Class of 2017 was $39,400. These wild numbers made us wonder – where’s all this debt coming from, anyway?

To help answer that question, we scoured through the latest College Scorecard Data from the Department of Education to put together a list of the states in the country that leave their graduates with the highest median debt. 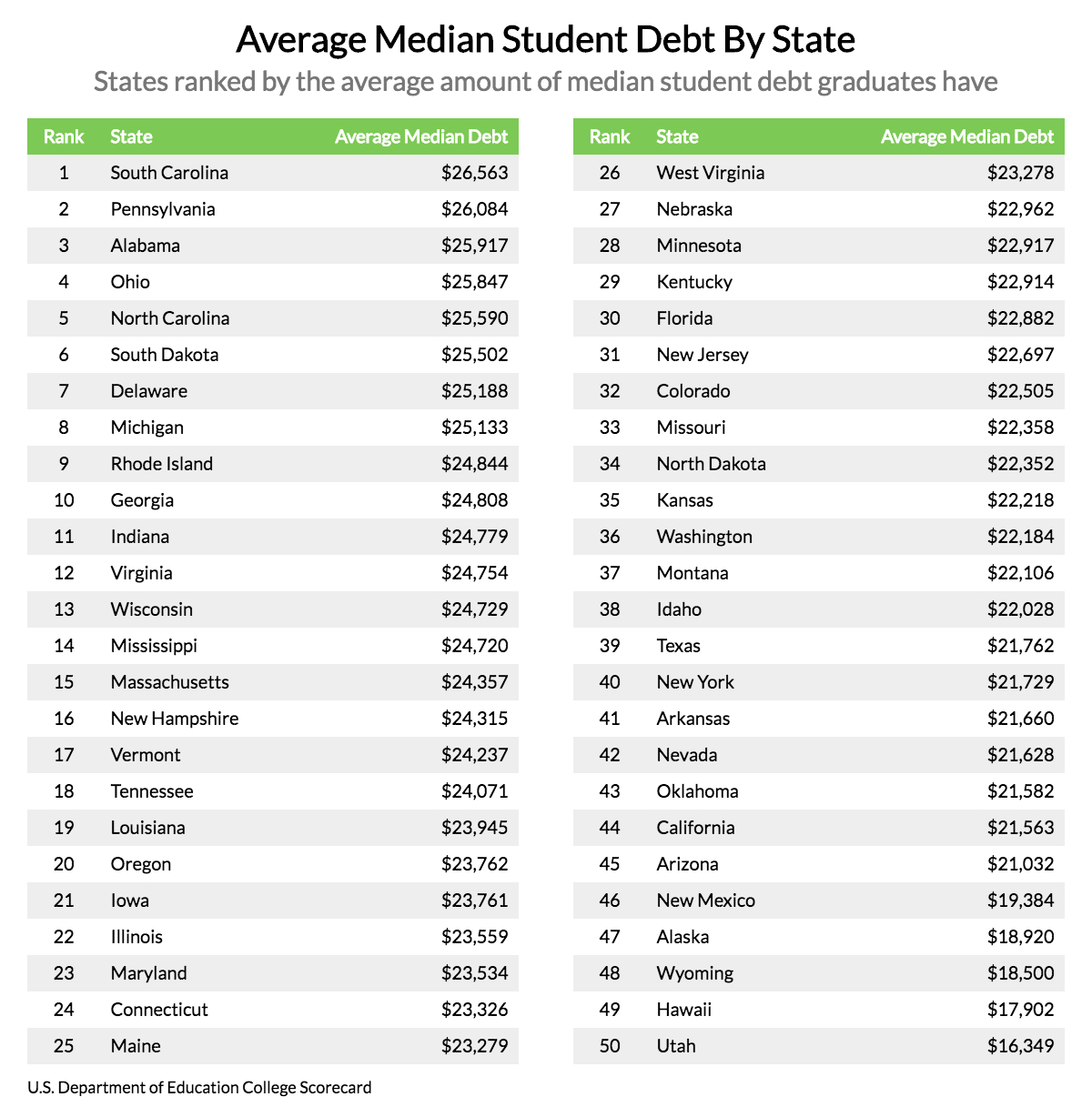 Graduates from HBCUs suffer a heavier student loan burden than their non-HBCU counterparts.

A report from the United Negro College Funds found that 80% of HBCU students used federal loans to finance college in 2013, compared to 55% of non-HBCU students.

Additionally, the percentage of HBCU grads who borrow $40,000 or more for college is four-times the amount of non-HBCU students.

Shedding light on these numbers, many HBCU students come from low-income backgrounds when compared to those non-HBCU students. Either being the first of their families to attend college, not having the money to afford schooling, or both, HBCU students are far more likely to use federal loans to pay their way through school.

To help stop this phenomenon, the report recommends making federal student loans easier to use and understand for low-income families. An increase of grants made available to HBCU students is also used as an example of how to help the situation.

The Gamecock state has a student loan problem. Specifically in Richland County.

A recent study by the Urban Institute found that 25% of the residents in Richland County were living with student debt. That’s nine percentage points higher than the national average.

The Keystone State’s student debt problem is so bad, millenials are leaving and returning to their home states after graduation to save money.

Erie, Lackawanna, Mercer, and Allegheny counties all have significantly higher percentages of their populations living with student debt than the national average.

Like its neighbor to the south, the Tar Heel State has a student debt issue of its own.

Once again, four of the state’s six colleges in the top 30 are historically black colleges and universities, further highlighting the plight HBCU students face in gaining an education.

Our scope of data for this study was the Department of Education’s College Scorecard Data.

We whittled down the schools through two factors:

First, we focused on predominantly bachelor-degree granting universities. So no community colleges, certificate-granting institutions, or things of that nature.

Very important when reading the first graph: The average median student debt by state does not represent the state median, but instead is an average of medians of colleges in that state.

Another important tidbit, the number represents the median debt for students who completed their studies. This was used because at institutions where large numbers of students withdraw before completion, a lower median debt level could simply reflect the lack of time that a typical student spends at the institution.

Best Companies to Work For in Nashville

Best Companies To Work For In Philadelphia

Best Companies to Work For in Jacksonville