The 10 Grossest States (And The Cleanest) 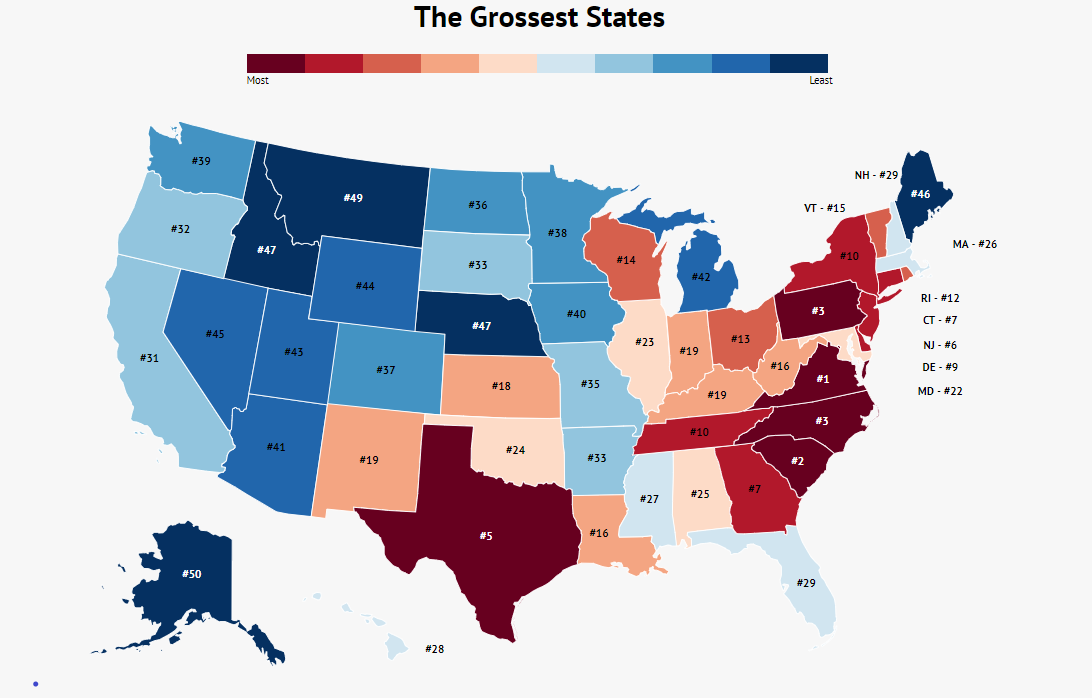 America is beautiful, with truly awe-inspiring nature and other sights worth seeing.

However, it’s not all beautiful. In fact, sometimes it can be a little, dare we say it, gross.

Don’t believe me? Just get a good whiff of landfill on a hot summer day or go to basically any Walmart.

But where are the grossest places in the US? We set out to make gross a science and uncovered the grossest states in America.

Keep reading to see what won these states the less than sought-after title of grossest states in America.

We started with undisputed metrics of gross-ery.

To measure the dirtiness of the air, we referred Air Filters Delivered thorough ranking on air quality.

For the trash rating, we simply used the EPA’s data on the percentage of each state’s land that is taken up by landfills.

We then looked at the CDC’s ranking on the spread of illnesses in each state like the flu. Because sneezing, coughing, and spreading diseases is pretty gross.

From there, we decided to add some cultural factors that are a bit…well, gross. AKA Google search interest in:

Sorry Mayo lovers and Croc wearers. A line had to be drawn somewhere.

Keep reading to see what set the 10 states apart (in a bad way) and where fared the best in our rankings.

Sorry Virginians, but Virginia is the grossest state in the US. What makes Virginia the capital of gross? Cruddy air quality. However, their fondness of Crocs and recipes based on buckets of mayo doesn’t help.

In 2nd place is South Carolina. The Palmetto State in general has mediocre air quality and more trash than most other states. 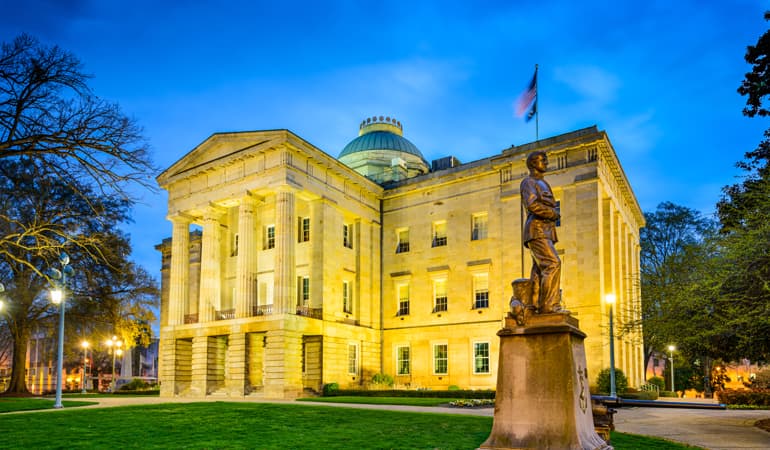 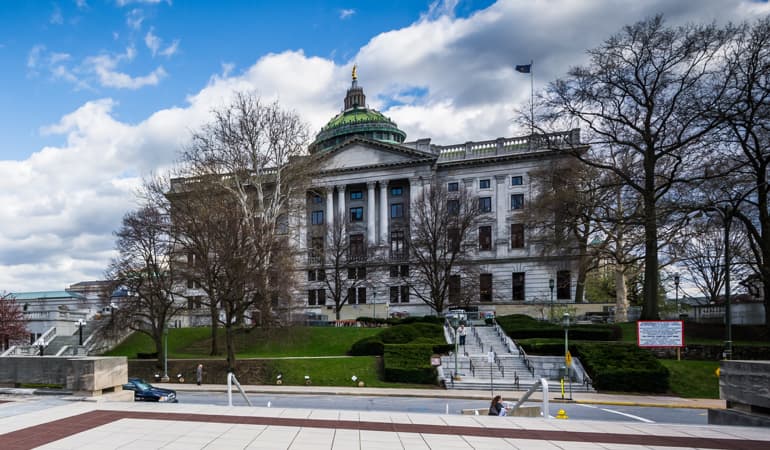 Pennsylvania is the 4th grossest state. 0.0191% of the otherwise beautiful state is used just to store trash in landfills.

Texans might want to invest in some hand sanitizer, because the state is the worst for spread of illnesses like the flu. You know what’s pretty gross, spreading disease and the flu in general.

The tiny, densely populated state of New Jersey has a trash problem. In fact, 0.0421% of the state is landfill- More than any other state in the country. To put that into perspective, Alaska only has 0.0001% of its land mass dedicated to being filled with trash.

In 8th place is the state of Georgia. While Georgia could be known for its peaches, being home to Coca Cola, and some beautiful slices of nature, judging by the rankings it’s also kind of gross.

Delaware is 2nd to only New Jersey in trashery. 0.0399% of “The First State” is landfills. And did we mention they like Crocs more than all but two states? We rest our case.

New York, New York…what a gross state? New York may be wonderful and full of both beautiful nature and cultural landmarks but the state is also home to trash, mediocre air quality, and sneezes that are traveling pretty far. Yuck.

These states aren’t all gross

While these states may have pinged our gross radar, that doesn’t mean they’re absolutely disgusting.

In fact, each of them has some pretty charming and downright jaw dropping sights. Luray Caverns, Boneyard Beach, and Big Bend National Park are just a few gorgeous places worth a visit.

They could also stand to improve their air quality, be a little less trashy, and consider foods not based around mayo. But hey, who are we to judge?

You can see the full ranking of all 50 states below.