The Cities In America With The Highest (And Lowest) Income Inequality 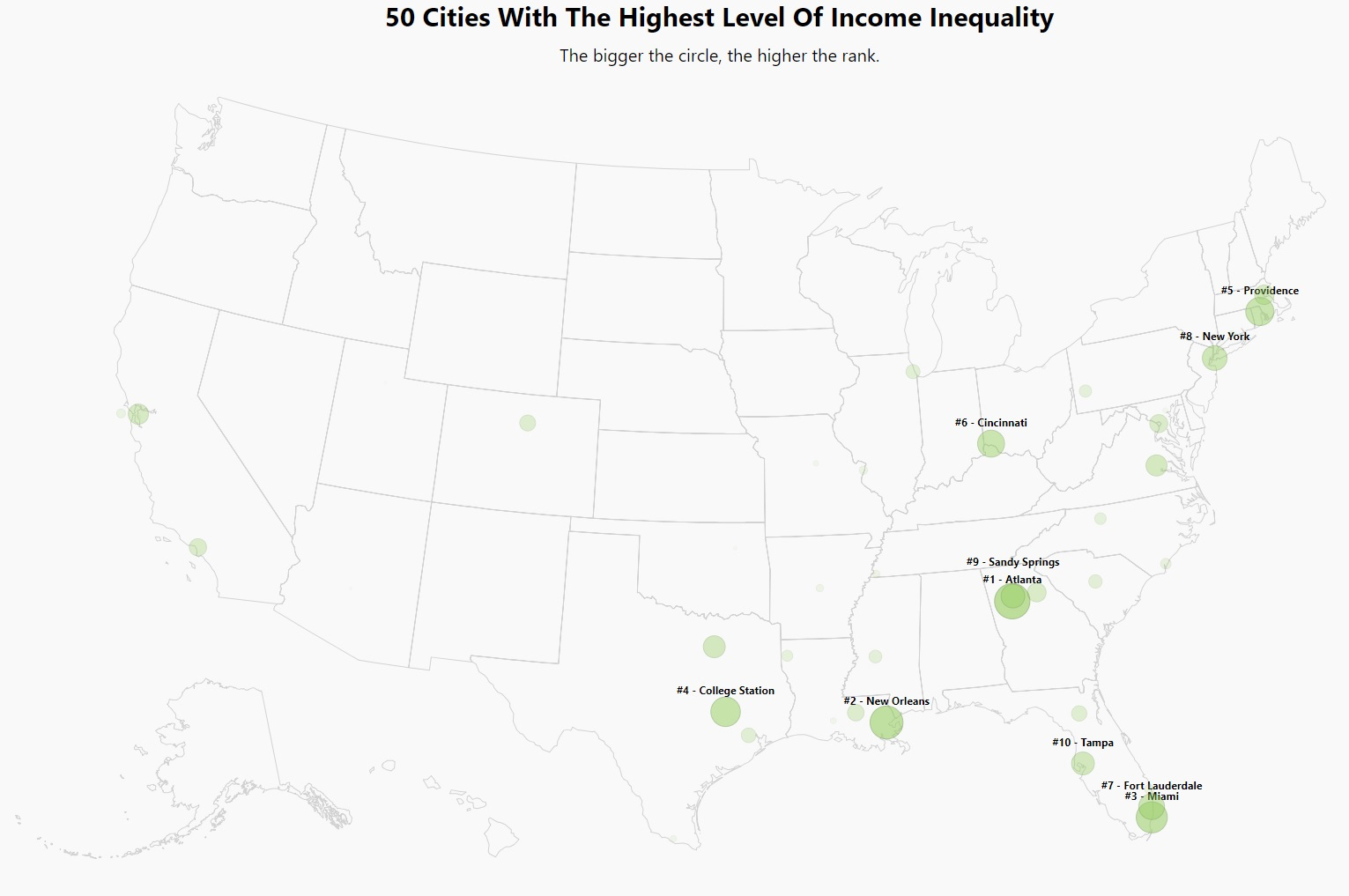 Life would be a lot different if we were all paid equally.

There’s no telling whether we could all get along living by the same means or if we would end up in some pseudo-dystopia universe a la The Giver.

Alas, we don’t all make the same. Some of us live the life of luxury. Some of us cringe at the thought of paying an extra $2.39 for shipping.

There are areas of the country that are more equal than others, however.

We looked at the states with the highest and lowest income inequality a few months back.

Now, we decided to see what metro areas have the highest and lowest income inequality.

These are the 10 cities with the highest income inequality:

And here are the 10 cities with the lowest income inequality:

Some big names in there, but also a couple smaller areas, too. What does this all tell us?

Best Companies To Work For In New York, NY

Best Companies To Work For In Milwaukee, WI

For this analysis, we went to the the American Community Survey 2012-2016 dataset.

You can read that link for a detailed explanation of the Gini coefficient, but at a high level it is a normalized measure of inequality.

Note that we scaled it by 100 for readability. To give you some perspective, here are some Gini coefficients for countries as a whole, according to data from the Organisation for Economic Co-operation and Development:

Just for kicks and gigs, we thought we’d throw in the median cost of rent and median home values in the cities we analyzed, to give you a better of idea of how much it costs to live there.

Best Companies To Work For In St. Louis, MO 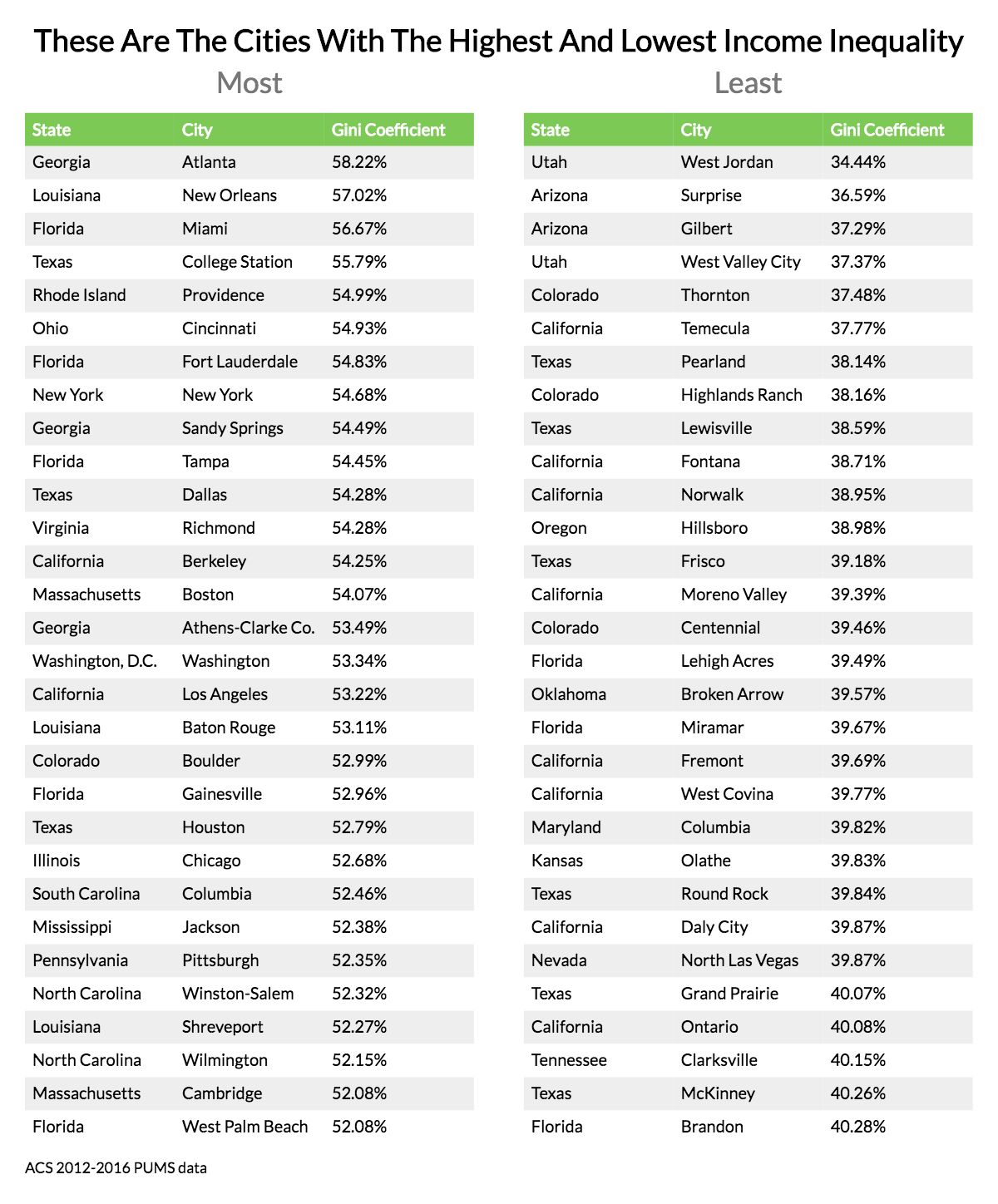