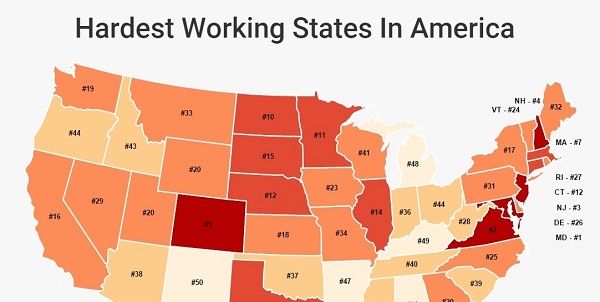 These Are The 10 Hardest Working States In America 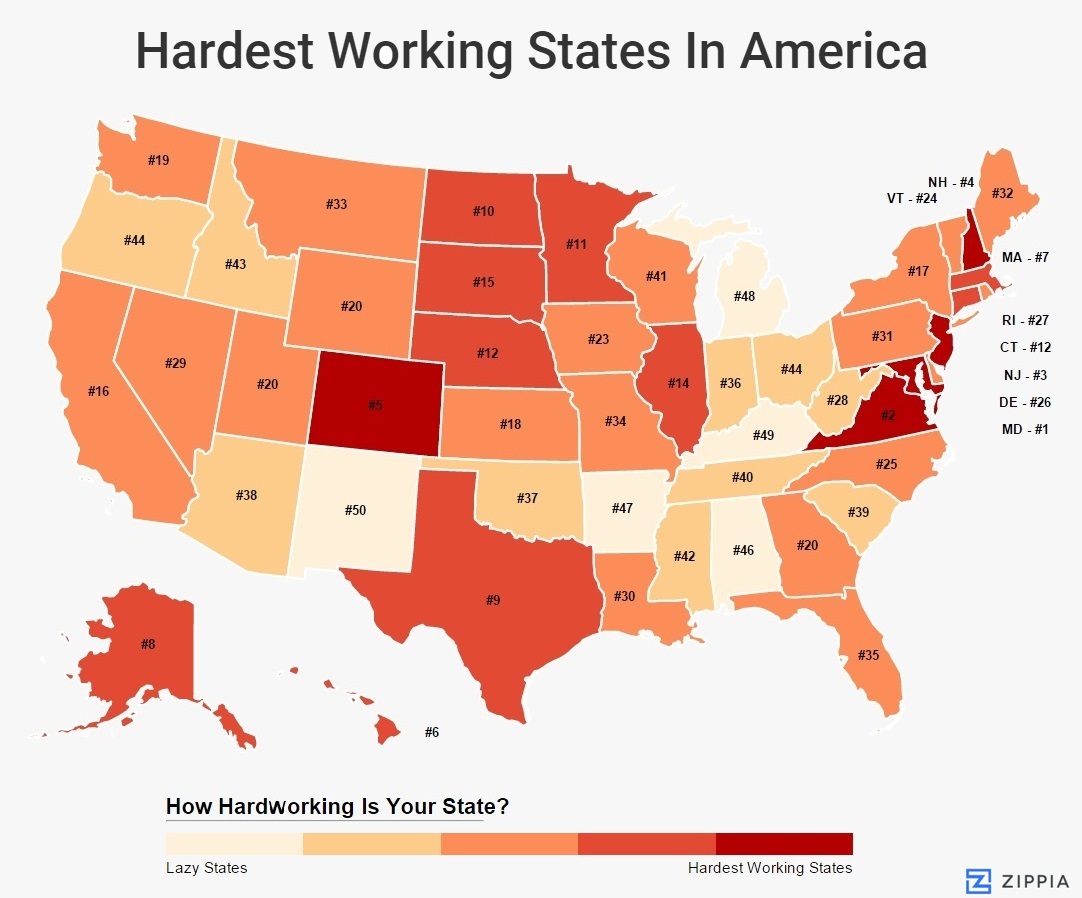 America has been known as the land of opportunity for as long as I can remember. It’s the one place in the world where if you bare down and work your nose to the grindstone, you can make a better life for your family and yourself.

And while all Americans are hardworking, there’s a certain part of the country that takes the Puritan work ethic to the extreme — the great Northeast.

Who’s the leader of this work around the clock ethos? That would be Maryland which takes the top honors for the hardest working state in the Union. People work so hard there they manage to make getting to work a job

So what other states burn the midnight oil to bring home a large piece of bacon? You’re going to have to get to the office early and stay late on Fridays to beat out these states for a promotion:

With the exception of Hawaii and Alaska, this list reflects two ingrained American stereotypes — the industrial Northeast and the workhorse cowboy of the plains.

So listen up New Mexico as we explain how start to explain how we created this ranking, you could learn some thing from the rest of the country.

In this particular case, we went to the latest version of the American Community Survey looking for answers. As luck would have it, the Census Bureau just released the 2009-2014 5-Yr Estimate which would make this analysis the first of it’s kind with the new data.

After scrolling through what seemed like hundreds of criteria, we settled on this set for each State:

Our thinking went something along the lines of if you are spent the many years getting a degree, are actively seeking employment, work a ton of hours when employed, and spend forever getting to work, you get the Zippia hardworking stamp of approval.

After we got the data for all 50 states, we ranked each state from 1 to 50 for each of the criteria with 1 being the “hardest working”.

Next, we averaged the rankings for each to create a hardworking index.

Finally, we crowned the state with the lowest hard working index the “Hardest Working State In America”. And, at the end of the day, Maryland had it’s hard work pay off.

Read the detailed chart below to learn a bit more about why each state ranked where it did and a recap for Maryland.

Why Maryland Took The Top Spot 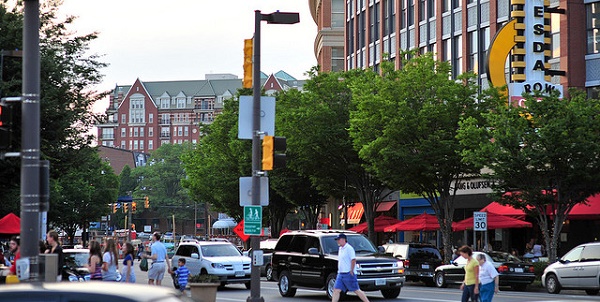 Maryland won this one in pretty convincing fashion. In an attempt to score points with the boss, it ranked significantly better than average on every single criteria.

Maryland shines in what most people consider the worst part of their day — the commute to work. Maryland ranked number 1 overall with an average commute of 32 minutes. Compared to the average commute time in North Dakota (The shortest on the list), Marylanders spend an extra 4 days getting to and from work each year.

So if you’d relax your work ethic just a tad and move to North Dakota, you’d get four more vacation days each year. And by the looks of things, you need them.