Research Summary. Augmented and virtual reality technology has become increasingly accessible and widely used over the past few years and only seems to be growing in popularity. Here are the key statistics on AR and VR:

For further analysis, we broke down the data in the following ways:
Companies | Devices | Trends and Projections 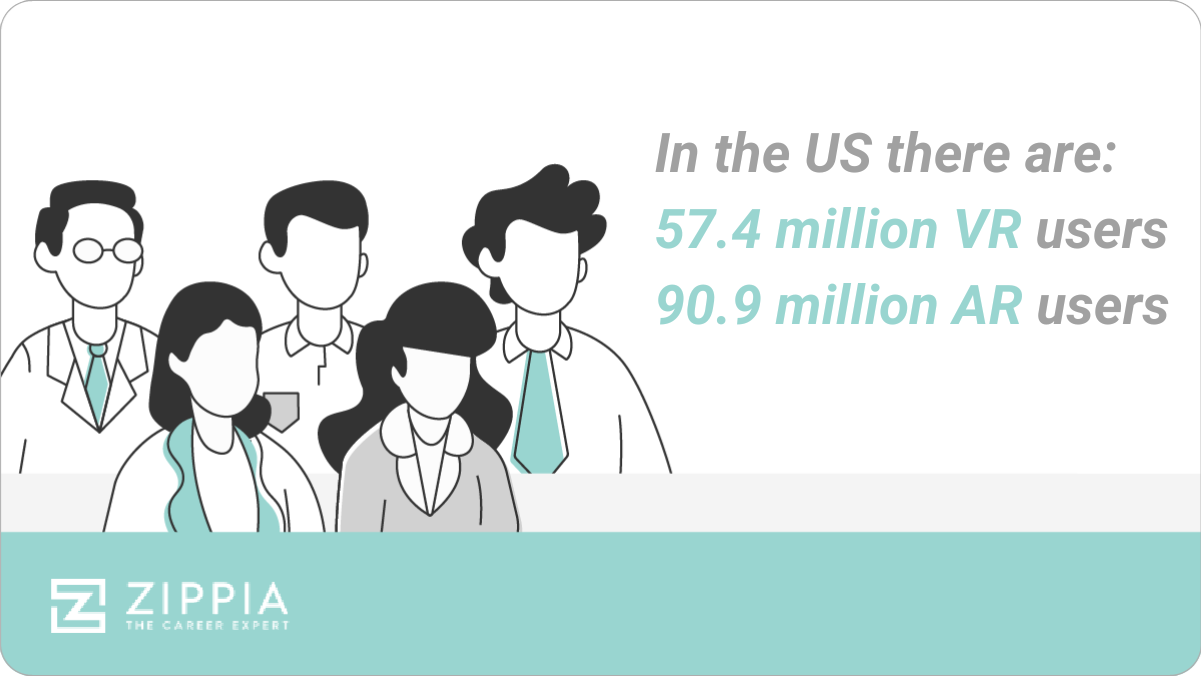 Virtual reality and augmented reality technology are no longer considered unattainable, as there are over 171 million VR users around the world and over 50 million in the U.S. alone. AR is even more commonplace in the U.S. and has 83.7 million users.

In addition, 47% of Americans say they’re at least somewhat familiar with VR as a concept, and this percentage is only continuing to increase.

Most people think of gaming when they think of AR, and this is understandable, as the VR gaming industry is worth $1.1 billion. Currently, the global VR market as a whole is worth $7.72 billion and is expected to reach $26.9 billion by 2027.

VR and AR are also used in professional settings, as there are currently 80,000 jobs in the U.S. that employ this technology, and this is projected to reach 2.32 million by 2030. Companies are eager to implement it, as 75% of those who use AR and VR on a large scale see at least a 10% increase in operations.