Research Summary. The upward mobility of the SaaS industry has quickly gained enormous traction in the United States and beyond.

When analyzing the revenues, growth, and adoption of SaaS solutions over the past decade, it’s clear to see that the industry will continue to expand in the coming years and perhaps even become the main software solution used by businesses.

For further analysis, we broke down the data in the following ways:
Adoption | Company | Benefits | Trends and Projections 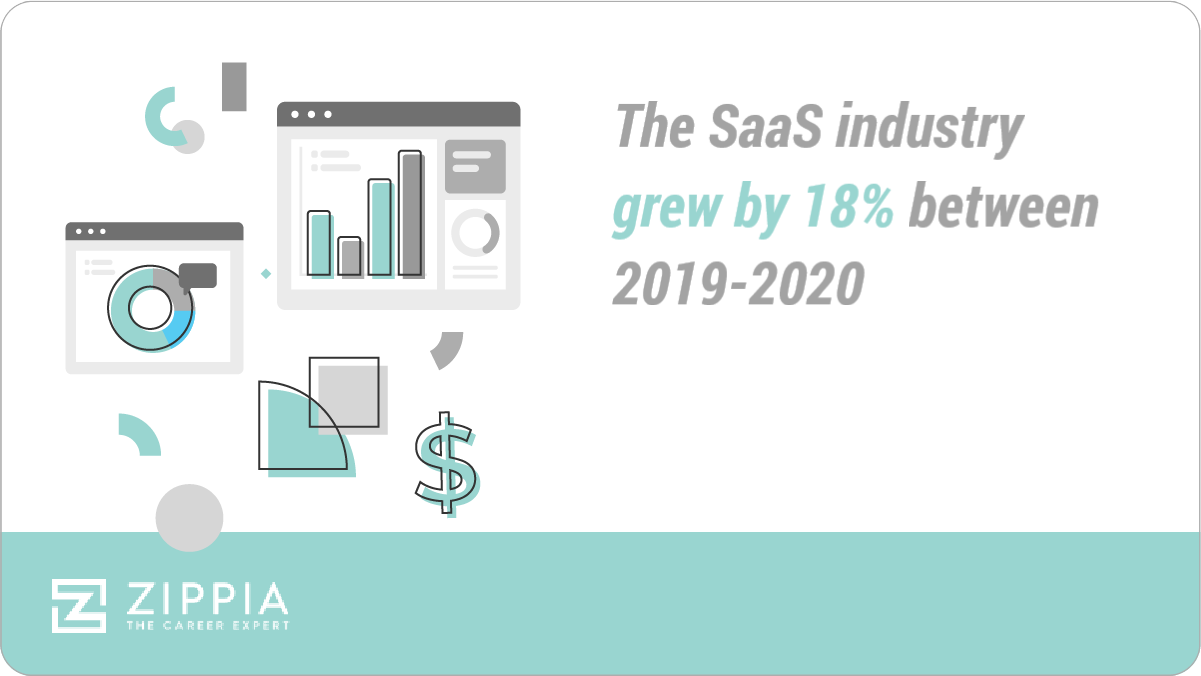 It’s interesting to live through the moments that make history in an industry’s massive expansion. That is what is currently happening for the multi-billion dollar SaaS industry.

As of 2022, the SaaS market is valued at approximately $186.6 billion, with an annual growth rate of 18%. Revenue from the SaaS market is predicted to reach $369.4 billion in a little under three years, suggesting that the industry will more than double its value.

In addition to the monetary value of the SaaS industry, it’s been received with a warm welcome from a diversity of industries. By the end of 2021, 99% of companies will be using at least one SaaS solution.

Additionally, an estimated 38% of companies run exclusively on SaaS, and 78% of small businesses have invested in SaaS options. By 2022, 86% of organizations stated that they plan to move all their apps to SaaS, illustrating a bright future for the SaaS industry as a whole.

Comparatively, the United Kingdom has the second-largest SaaS sector in the world with 2,000 SaaS companies. The SaaS companies from the United States hold approximately 14 billion customers globally that use an average of 110 SaaS applications each.

As of 2020, an estimated 70% of total company software usage is SaaS. The trend of SaaS takeover is expected to continue and grow exponentially over the next several years.