Who Likes Candy Corn Anyways? These States, According To Google 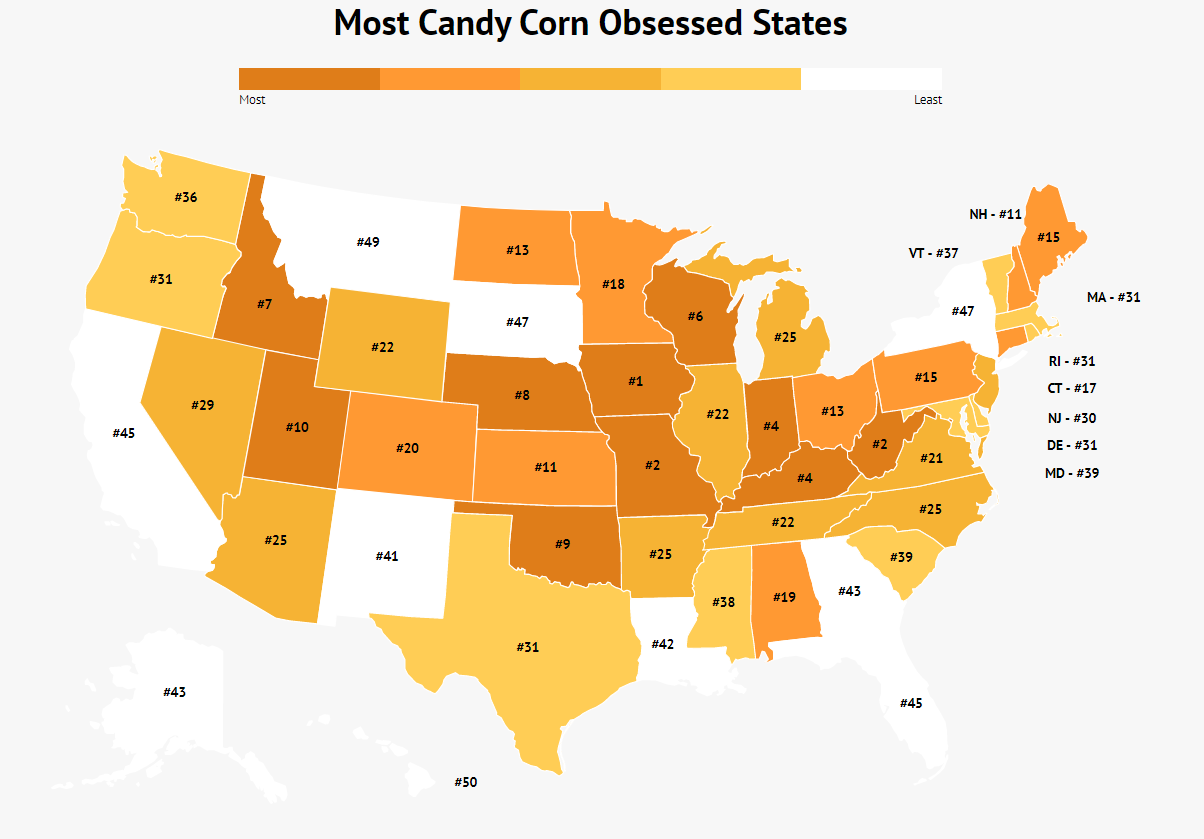 Have you ever looked at a bag of candy corn and wondered, “Who the heck eats these?”

Join the club. Yet, despite its seemingly universal hatred, a whopping 9 billion kernels of candy corn – over 35 million pounds – are sold each year, according to the National Confectioners Association.

It begs many questions- Who? Where? And perhaps most evasively, why?

Using data from Google trends, we determined the most candy corn obsessed states in the US.

And attempted to decipher why they are making poor candy and life choices:

This one was fairly simple. We turned to google trends to find which states see the most search traffic for the topic of candy corn.

We opted to look at the past year, giving each state a full year to reveal their candy corn obsession. Since apparently candy corn is now a year round tragedy, this also allows the full spectrum of confectionary seasons to be upon us.

Some related candy corn searches include, “candy corn squishmallow”, “candy corn ceramic tree” (Must we now decorate our house with them?), and “candy corn fudge.” A lot of people are just as confused as we are and google questions like “what does it taste like?” and “what are candy corn made of?”

BUT WHY? Candy Corn, A Controversial Classic

But why buy candy corn?

Lisa Brasher, president and CEO of the Jelly Belly Candy Company, one of the major candy corn manufacturers, told USA Today, “Candy corn is a nostalgia item. A lot of people were raised with candy corn in their childhood and they now want to share that tradition with their kids.”

So tradition, and the odd outlier who loves the chalky tasting candy keep sales of the notorious candy high.

All that said, you’re free to buy whatever candy you like. But can we agree- as a gesture of good will to humanity- not to let candy corn become a year-round, every holiday tradition?

We don’t need Pilgrim Toes, or whatever they want to call it on Thanksgiving.