11 Ways to Spot a Psychopath at Work

Improve Your Company Branding With Zippia
Early in my career I reported to a Managing Director who was intelligent, charming, funny, hugely energetic and full of great ideas which he was always very happy to share, preferably over a bottle of two or wine!.

He was also terribly impulsive, a master of manipulation, often humiliating those who ‘disappointed’ him and resorting to threats and bullying behaviour when things didn’t go his way.

I realised early on that staying one step ahead, recognising what he was up to and keeping on his ‘good’ side was critical to my career, all the time mopping up after him while others fell by the wayside, unable to find the resilience required to soldier on.

As my career progressed, I found similar traits in some of the women I worked with, so the “all men are bastards” catch-cry had to be shelved.

It seems I was in the presence of corporate psychopaths, or “snakes in suits” as psychologists Robert Hare and Paul Babiak call them.

According to Hare, one in 100 members of the general population meet the criteria for psychopathy, which, thanks to the plethora of TV shows about criminal forensic psychologists, we are generally led to believe is limited to serial killer types who cannot function in normal society.

The truth is, the signs and symptoms of psychopathy — ruthlessness, fearlessness, charm, persuasiveness, egocentricity, impulsivity, and the absence of conscience and empathy are personality traits like any other.  And like any personality traits, they will present differently in different people and not always to the same degree or in the same combination.

There is increasing evidence that the proportion of individuals with psychopathic traits could be higher in the business world, perhaps as high as one in 10 senior executives. Organisations tend to be attracted to high-energy, intelligent, fast-moving people who ooze charm and charisma and seem to be able to persuade and influence others.  According to Babiak, psychopaths can look that way.

At the outset these qualities are often mistaken for leadership but as time goes on these people remorselessly manipulate, charm, lie and bully their way into favour, often creating highly successful careers for themselves while leaving a wake of destruction and broken spirits in their path.

But not every successful, high-energy, intelligent, charming and persuasive person is a psychopath.

So what should you look for if you want to spot the psychopath in your workplace? 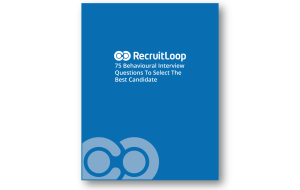 Playing on sympathy is a favourite weapon of choice for psychopaths.

While they are confident, outgoing and mentally resilient and rarely feel sorry for themselves, they are master manipulators are extremely proficient at eliciting pity and compassion.

Poor performers with psychopathic tendencies may frequently appeal to extenuating circumstances and pleas for support and understanding in order to shift the focus from their own behaviour.

If you feel like you are being micro-managed, you probably are!

Moving people around, making them jump for the sake of it, unnecessary rearrangements of workspaces, the sudden imposition of unsocial working hours, monitoring toilet breaks, the promise of favours in return for ratting out your colleagues are just a few psychopathic favourites.

Psychopaths are past masters at making brilliant first impressions and charming your socks off.  They know only too well the value of turning on the charm early in a relationship and then slowly turning it off to make you start doubting yourself and feeling less worthy.

If you have been swept off your feet and made to feel like you are the only person in the room, if you have felt that someone is speaking just to you, only to be left feeling confused and insecure afterwards, then you may have been face to face with a corporate Psychopath!

Psychopaths are corporate vampires who take you into their confidence only to suck out all the valuable new ideas that may have been weeks and months in the planning.

A typical approach is to use reciprocity, a potent influencing tool.  A Psychopath might ‘confide’ in you about some ordinary idea of his/her own in the hope you then offer one of your own that is better.

Before you know it, your idea has become theirs” and they are getting the credit for it.

If your relationship with your boss has been plagued by ‘false starts’, ‘misunderstandings’ and ‘wrong assumptions’ then you may have a Psychopath on your hands.

A tendency to misrepresent the facts while appearing plausible and reasonable, along with a lack of guilt or anxiety over telling lies is another hallmark of psychopathic behaviour.

But they are hard to spot because the lies often contain just enough truth that a spurious cover story can be concocted if they are scrutinised too closely.

Though they may pretend concern for others, appearing warm, considerate and even helpful, make no mistake, psychopaths are completely self-interested, often coupled with an arrogant, grandiose and egocentric interpersonal style.

Relationship patterns in both their personal and corporate lives are often stormy and short-lived and “Friendships” are often terminated without warning once you cease to be “useful”.

If your boss has been known to fire people for no apparent reason, thinks he/she is more skilled, important or valuable than anyone else, or has a habit of stealing the limelight from others, then you may wish to consider moving on.

Psychopaths never accept responsibility for their mistakes and poor behaviour.  Worse than that, they are brilliant at manufacturing evidence that makes someone else look guilty so the blame is quickly shifted.

Psychopathic bosses have no shame when it comes to using employees as expendable buffers to ensure their own standing and reputation is not sullied if performance is being questioned.

If your boss has shifted blame and responsibility on to you to make him/herself look good, then you should start thinking about whether you want to hang around.

The part of our brain responsible for emotion is turned down (or even off) in a psychopath, meaning he or she doesn’t experience normal feelings like the rest of us.

Feelings like fear, regret, disgust, and shame aren’t familiar to them.

But psychopaths are brilliant actors who will act scared, sorry or surprised in order to manipulate others if it will help them advance their own agenda.

If you have a boss who is prone to extreme displays of emotion then quickly returns to normal as if nothing has happened, then you might question whether he or she really feels anything at all.

Things that would scare the hell out of a normal person don’t frighten a psychopath at all.  In fact their unemotional composure under fire is part of their attractiveness and explains why they often achieve success in highly volatile professions like the media, politics, finance and the military.

But this lack of fear and warped view of risk can also lead to unnecessary risk-taking – think of what happened in the global financial crisis and some of the less than ideal decisions taken by military leaders in the past.

Things to watch for are a package of risky investments, unwise alliances, inappropriate behaviour, and risqué comments.

The recent film about Jordan Belfort, “The Wolf of Wall Street” is a good example of corporate psychopaths.

Psychopaths need to control and manipulate others and so are attracted to positions where they can influence others.  In the corporate world, senior management roles are ideal places for psychopaths to function in.

Any organisation that has a hierarchical structure which enables an individual to have a position of power over others is attractive to people with psychopathic tendencies – even better if they get to wield their power with impunity.

Psychopaths are masters at “managing up”, so beware of anyone who will step on those below to impress those above.

While every psychopath is not a sadistic rapist or serial killer, there is some evidence that people experience unnerving physical sensations when in the presence of a person with psychopathic tendencies, whether they be a killer or not.

There is the suggestion that psychopaths give out a certain ‘aura’ and comments like “he makes my skin crawl”, “he makes the hairs on the back of my neck stand on end”, and “he sends chills up my spine” are just some of the reactions people report.

So trust your gut instincts – if you feel uneasy around your boss, or experience discomfort when you are alone with him/her for any length of time, then GET OUT!

Downloadable PDF: Behavioural interview questions will let you understand in detail how a candidate has acted in specific situations. Remember to assess all candidates against the same behavioural criteria! Download Your Free Checklist.