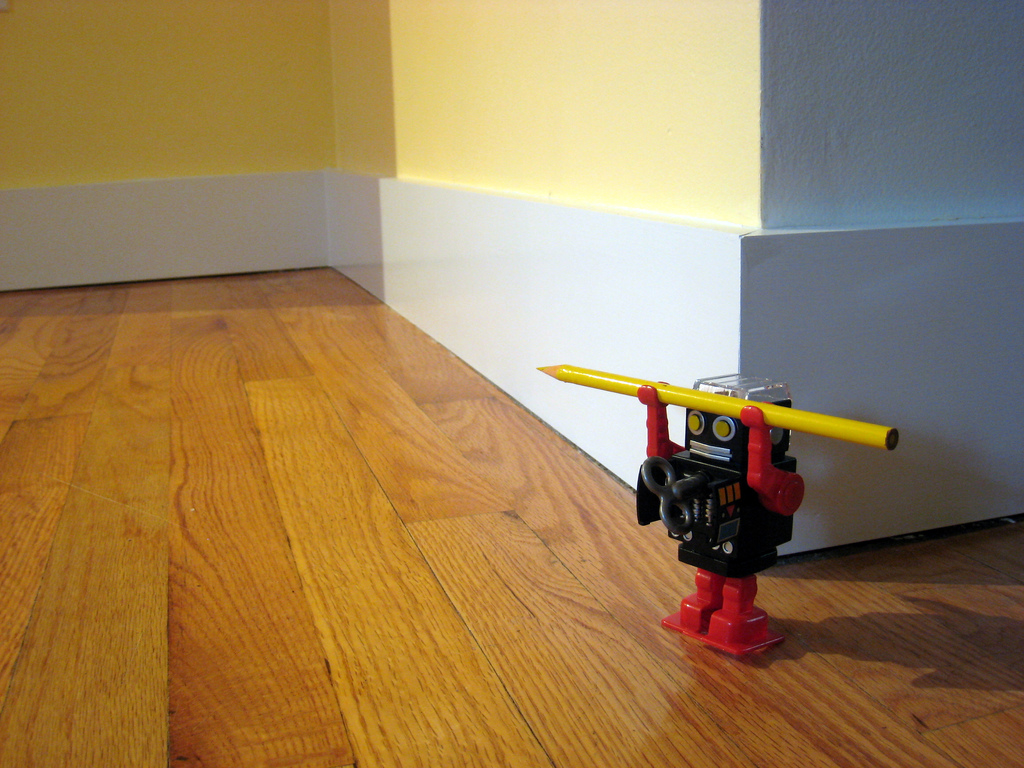 The Pros and Cons of Having Robots in the Workplace

Editors Note: This guest post by Jessica Barden – technologist, business consultant and blogger. Her opinions are her own.

Robots were once known only for the manufacturing business but today they are very much part of many workplaces. The future is even more promising for this wonder of artificial intelligence.

Imagine a robot doing some of the major tasks of managers like using data to evaluate problems, making better decisions, monitoring team performance, and even setting goals.

Technology is playing a pivotal role in helping humans work more effectively. Since automation has become an integral part of business operations, we can predict that robots are soon going to replace many jobs that are today performed by humans. Now that the corporate world is also on the cusp of entering the robotic age, let’s see what pros and cons this technology offers business world.

1. The first and the foremost advantage of having robots in workplaces is their cost. Robots are much cheaper than humans and their cost is now decreasing.

2. It’s a fact that we cannot compare human abilities with robots but robotic capabilities are now growing quickly. For example, if you run an essay writing service, you can use robots to perform every kind of research related to any subject.

3. Because robots are more active and don’t get tired like humans, the collaboration between humans and robots is reducing absenteeism. The pace of human cannot increase hence robots are helping humans.

4. Robots are more precise than humans; they don’t tremble or shake as human hands. Robots have smaller and versatile moving parts which help them in performing tasks with more accuracy than humans.

5. There is no doubt that robots are significantly stronger and faster than humans.

6. Robots come in any shape and size, depending upon the need of the task.

7. Robots can work anywhere in any environmental condition whether it is space, underwater, in extreme heat or wind etc. Robots can be used everywhere where human safety is a huge concern.

8. Robots are programmed by a human; they cannot say no to anything and can be used for any dangerous and unwanted work where humans may deny to offer their services. For example, many robotic probes have been sent into space but have never returned.

9. Robots in warfare are saving more lives and have now proven to be very successful.

10. Robots are now being used in the chemical industry and can, for example deal with chemical spills in a nuclear plant, which would otherwise pose a major health concern.

1. Where robots are increasing the efficiency in many businesses, they are also increasing the unemployment rate. Because of robots, human labour is no longer required in many factories and manufacturing plants.

3. The ROI of your business may suffer if your operation relies on too many robots. They have higher expenses than humans, so at the end of the day you may not always achieve the desired ROI.

4. Robots may have AI but they are certainly not as intelligent as humans. They can never improve their jobs outside the pre-defined programming because they simply cannot think for themselves.

5. Robots installed in workplaces still require manual labour attached to them. Training those employees on how to work with the robots definitely has a cost attached to it.

6. Robots have no sense of emotions or conscience. They lack empathy and this is one major disadvantage of having an emotionless workplace.

7. Robots operate on the basis of information fed to them through a chip. If one thing goes wrong the entire company bears the loss.

Where a robot saves times, on the other hand it can also result in a lag. It is, after all, a machine so you cannot expect too much from them. If a robot malfunctions, you need extra time to fix it, which would require reprogramming.

If ultimately robots would do all the work, and the humans will just sit and monitor them, health hazards will increase rapidly. Obesity will be on top of the list.

So there are advantages, but there are disadvantages as well. It is the twenty first century and we cannot work without machines.

Humans are still considered far more efficient than robots when it comes to decision making powers, handling difficult situations, brainstorming, and generally bringing a sense of emotion and empathy into a workplace.

The utilization of robots will bring more technological advancements and profit to certain industries. However, according to the research, the most advanced robots will have the collective intelligence and wisdom of a lobotomized mentally challenged cockroach!

What can you expect out of a robot who has such a  small level of intelligence? Till the time the robots are unable to reach the level of human intelligence or to rationalize the situation, humans will still have a vital role in every workplace! Besides, you cannot rule out the significant role of humans in a business. After all, no machine can replace the human factor ‘real employees’ bring into a workplace.

8 Compelling Reasons Remote Jobs Are On The Rise
Unbelievable Company Policies and Procedures From Around The World [Infographic]
Outsourcing HR: Big Savings for Small Businesses
How to Be a Great Boss: 7 Tips
Casual Fridays, Clock Watchers, Smoke Breaks & Other Culture Defining Moments
Do you need a second opinion after seeing a recruitment specialist?