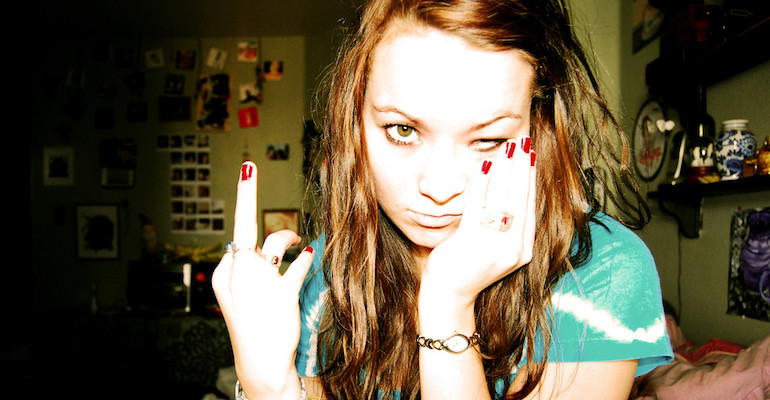 6 Ways to Ensure Your Candidate Turns Down Your Job Offer

S[/mks_dropcap]ometimes getting your candidate across the line (and then to sign on the dotted line) isn’t as easy as you might think or hope.

After all, just because you believe you have identified the perfect candidate, it doesn’t necessarily mean that the candidate feels they have found the perfect employer.

Sure you may have interviewed them a few times, invited them in to meet the rest of the team, and their references might have been glowing. But trust me this still doesn’t mean your star candidate is actually going to accept your offer.

So many things can go wrong at this point, and as an employer (or a recruiter for that matter!) you need to be aware of these and also be aware of what you can do to prevent the whole process from going pear shaped at such a critical stage.

I’ve seen it happen far too often. I’ve experienced it personally as a recruiter; I’ve seen it happen to many of my consultants over the years; and unfortunately I still see it happening regularly today when clients decide to take the offer negotiation piece into their own hands. The interview process has been great and everything seems like it’s heading in the right direction. Everyone’s getting along just fine. But then at the offer stage … BAM! It’s all over.

Many hiring mangers and recruiters will be quick to point the finger at the candidate for having had another offer in the wings. Or perhaps they will blame their current employer for throwing more money at them when they tried to resign.

Others will just assume that at the last minute the candidate must have decided that things really weren’t all that bad at their current place of work.

Actually this is not the case at all.

All you need to do is ask the candidate what happened, or why they decided not to go ahead and you’ll quickly learn that they simply found the whole offer process far too frustrating (perhaps even stressful) and so in the end it was just much easier to walk away.

Here are 6 easy simple ways to piss off your next rock star candidate at the time when you really just want them to be saying yes.

You were so keen to rush them through the interview process since you knew how hard it would be to find good candidates. But then you realised just how long the recruitment process was taking and how much of your own work you now need to catch up on so you decide to keep them waiting.

You assume they’ll be happy to wait patiently.

You’ll never be accused of over-communicating. No candidate will turn a job offer down because you were in touch with them too frequently during the process.

2. Make the offer via email

You appeared so friendly and so transparent throughout the entire interview process. You gave the candidate the impression that you’re so transparent.

Stuff it. Go ahead and kill that myth by sending a generic email with the offer enclosed as an attachment?!

Remember you actually called the candidate to invite them in for their interview. You then met with them face-to-face. You even had them in for team drinks.

There’s nothing that shows your next potential employee how much you care about your people than to send out their offer via email so that the first time they even learn of any offer is when they click open a pdf … not.

If you can, it’s always a good idea to make a verbal offer first. Ideally meet with them in person – or at the very least call the candidate. Be excited for them, and let them know how keen you are to have them come on board.

Talk through the role and core responsibilities again, be clear on the salary you would like to offer them and when you’d like them to start.

Assuming they do verbally accept, there is then absolutely nothing wrong with telling the candidate they will receive an official letter of offer within 24 hours.

3. Get someone else to send the offer out on your behalf

Believe it or not candidates like continuity. So if you want to derail your star candidate, just ask another random team member to email the contract out on your behalf.

The candidate will then think you were just the ‘show person’ to get them in the door, but that you really don’t have any time for them.

In their mind they receive a communication that reads, “Hi, you don’t know who I am but please sign here. Welcome aboard!”.

Really? Is that the message you’re trying to convey? Great employer branding!

4. Include items in the offer that you hadn’t explained in person

Surprise! “You can’t take any annual leave until you’ve been here for a year!”

Or “You’ll be expected to work until 9:00pm 3 nights a week and we don’t cover taxi fares”.

How about one more for good measure … “We know you interviewed in our head office, but you’ll actually be based out in [insert dodgy neighbourhood one hour away by car]”.

Once again in their mind they’re reading, “Hi. Sorry I lied. Hope to still see you on Monday”.

When a candidate receives your offer of employment, there should be absolutely nothing in it that surprises them or that they weren’t expecting to see – including salary details.

For example if the commencing salary is different to their post-probation salary, make sure you cover that off during the interview. Or when you first discuss salary with the candidate, you must clarify whether it’s a salary package inclusive of benefits or a base salary plus benefits.

Any hidden surprises will just end up pushing candidates away.

5. Don’t give them any time to think about it

Nothing is more nerve wracking for a candidate considering a new job offer than to feel like you’re holding a gun to their head.

Accepting a new role and going through the resignation process is stressful enough as it is. So when your candidate is feeling at their most vulnerable, why not apply even more pressure?

Better yet get angry if your candidate calls to let you know they have been counter-offered by their current employer.

After all there’s no point in ever getting into a bidding war, right?

There’s evidence to show that over 75% of candidates who accept a counter offer end up leaving the organisation anyway within the next 3 months.

So if you show a bit of aggression or hostility towards a candidate who might be considering a counter offer, then whilst they might ultimately leave their current employer within the next few months, they most likely won’t be reaching back out to you.

Remember how you thought they were a rock star candidate?

Keep that thought in mind before you get too defensive.

9 Ways to Burn Bridges with Future Candidates
When a Startup Grows: How to Recruit New Team Members
Webinar: Cool Tools and Technology for Independent Recruiters
How To Handle Awkward Interview Moments
The Ultimate New Employee Checklist [Infographic]
6 Types of Employees and How to Motivate Them [Infographic]