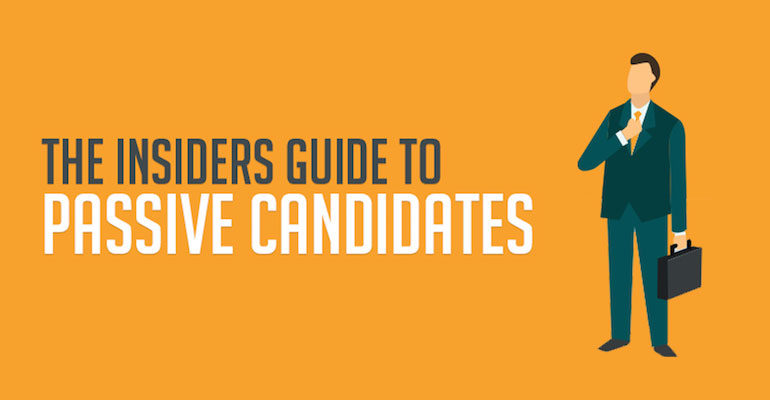 A passive candidate is someone who is currently employed but would still be open to considering other opportunities.

So why you would even seek out someone who is not looking for a new job?

In the 2015 LinkedIn Talent Trends Report, 75% of the 18,000 full-time employees surveyed considered themselves passive candidates. 85% of those said they would be willing to talk about a new career opportunity, however only 61% of companies today are actually focused on recruiting passive candidates. Does yours?

By definition, the passive candidate is going to be tougher to engage than an active candidate (somebody eagerly on the hunt for a new position). But the whole point of passive sourcing is to find candidates who don’t think they’re interested in leaving their jobs and convincing them to give your open role a chance.

Would you like to know when the best time is to catch the attention of a passive candidate? What about the best way to actually attract them?

Our friends at Armstrong Appointments in South Africa have put together a fantastic infographic highlighting how and why tapping into the passive candidate market is often the best way to find someone who best matches the skill set you’re looking for, rather than waiting on the ideal candidate to come to you.