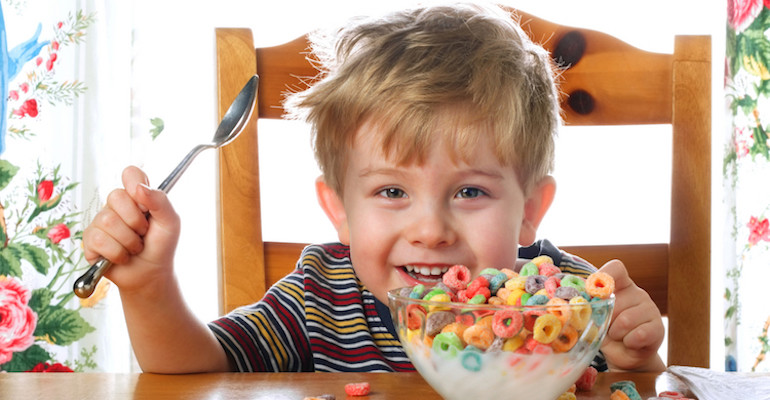 In the past we’ve published a few different posts on the importance of having a carefully crafted elevator pitch – a punchy statement aimed squarely at your target audience where you convey what you do, who you do it for, and why you do it.
How well you are able to articulate what you do can often be the ‘make or break’ between someone believing in you, trusting you, and ultimately agreeing to buy from you.

Last week I was fortunate enough to be exhibiting at a trade show in Las Vegas.

Of course I fully expected to be in ‘elevator pitch overdrive’ standing at our booth in the main expo hall for three days. After all isn’t that why people choose to exhibit at a Vegas trade show?

But I actually found myself pitching just as much (perhaps even more so) away from our booth and even after I’d left the trade show. I also quickly realised that by tweaking my elevator pitch depending on where I was and who I was talking to, I was able to spark interest, create intrigue, and strike up conversations with people who may not necessarily have even been our ‘target’ audience (at face value anyway).

You never know who other people know … So you really need to have an elevator pitch ready at all times. It just depends on who’s in ‘the elevator’ with you.

What happens in Vegas, stays in Vegas!

Isn’t that what they say?

I’d grabbed a late dinner with some of the team (which may or may not have included a very large Vegas cocktail!). We then found ourselves at one of the trade show major sponsor’s events … a Third Eye Blind concert.

There I was, after a long day at the trade show booth, still in my RecruitLoop t-shirt walking into a club carrying my laptop at 11:00pm!

The music was pretty loud (by my standards anyway!) and I wasn’t even sure if the person who came up to me had asked “how are you?”, “who are you?” or “what do you do?” … But I chose to respond to option 3.

It was definitely the first time I had ever had to actually shout out an elevator pitch at a concert. But apparently (and despite perhaps being a little tipsy), I still made complete sense!

Sometimes you have to ‘stretch’ the facts a little …

I needed to get to the airport. The taxi queue was ridiculously long and not moving at all. I was starting to get anxious …

A black stretch limo pulled up and the driver got out. He held up a placard that said “$80 to anywhere in Vegas”.

There were at least 150 people waiting in the line and many of them had carry on bags and looked ‘airport bound’.

I went straight up to the limo driver. “Give me one sec” …

“Who’s coming with me?” I asked the group of people who had been standing immediately around me. “8 of us can get to the airport for $10 each. That’s way cheaper than a cab”.

So 7 strangers piled into the stretch limo with me!

They’d all been at a ‘science meets nutrition’ trade show but didn’t know each other.

Given that I had arranged the joy ride, I suggested we go around the limo playing a game of ‘pitch in a limo’ on the way to the airport (a whole 10 minute drive).

We heard from a ‘ginseng root extract’ business owner from Foster City, a nutritionist from Iowa, and a representative from Natraceuticals in Utah, before it was my turn.

By the time we reached the terminal, I had 2 requests for a follow-up call, and one guy say “I know you clearly don’t market yourself to job seekers, but here’s my card in case you happen to know anyone who might be looking for a veteran supplements sales rep!”

I only read books in airports and on planes. And I usually use my boarding pass as my bookmark.

But since I knew they’d be able to scan my boarding pass from my phone, I’d decided to use one of my business cards as a bookmark instead.

I didn’t notice my ‘bookmark’ fall on to the floor until a young boy stood in front of me holding it out. “What’s RecruitLoop?”, he asked. Is that like a Fruit Loop?”

So I told him.

What would your pitch be to an 8 year old?

“Step over here please, sir. This is just a routine search”

I travel a lot and I have my routine pretty down pat when it comes to going through security. Put wallet, watch and phone in laptop bag; laptop and iPad in one tray; belt, shoes and jumper in another.

The body scan machine was out of order and a rather large security officer whose smile had clearly been permanently removed ushered me to one side.

“Step over here please, sir. This is just a routine search”.

For some reason I’d kept my tracksuit top on and some coins in my pocket had caused his detector to beep.

I took off my tracksuit top. I had a RecruitLoop t-shirt on underneath (not the same one I’d worn to the Third Eye Blind concert!).

He was about to start ‘the frisk’, when he looked me right in the eye. “RecruitLoop, hey? What’s up with that?”

“Hey … you think you can get me out of this mundane job?”

The reason I had to stop myself laughing right into his face was that this wasn’t the first time I’d been asked to help a police officer find a new job.

Anyone who’s done it knows it’s a pretty long flight from Los Angeles back to Australia.

And anyone who’s ever travelled with me knows I like to get up and stretch my legs quite a lot (which is why I prefer an aisle seat!).

There had been a lot of turbulence and the seat belt sign had been on for over two hours. As soon as it went off half the plane immediately stood up to use the bathrooms.

There were about 10 people in front of me when the announcement came over the PA system.

“Passengers are not permitted to congregate outside the toilets on board the aircraft”.

Nobody seemed to pay much attention to it at all.

I smiled and continued to stretch my legs while waiting in the aisle.

Then came the awkward moment when the guy in front of me came back out of the toilet and said, “So tell me … what’s RecruitLoop?”

I was still wearing my RecruitLoop t-shirt … (yes … the same one I’d been wearing as I walked through security … not the one I’d worn to the Third Eye Blind concert!).

Heads Up, U.S. Employers! You Can Still Lower Your 2014 Tax Bill
Why I Love Hiring Working Mothers
Why It's Important to Invest in the Employee Experience
5 Ways Recruiters Have Pissed Me Off
6 Types of Employees and How to Motivate Them [Infographic]
The 12 Rules of Giving Negative Feedback [Infographic]