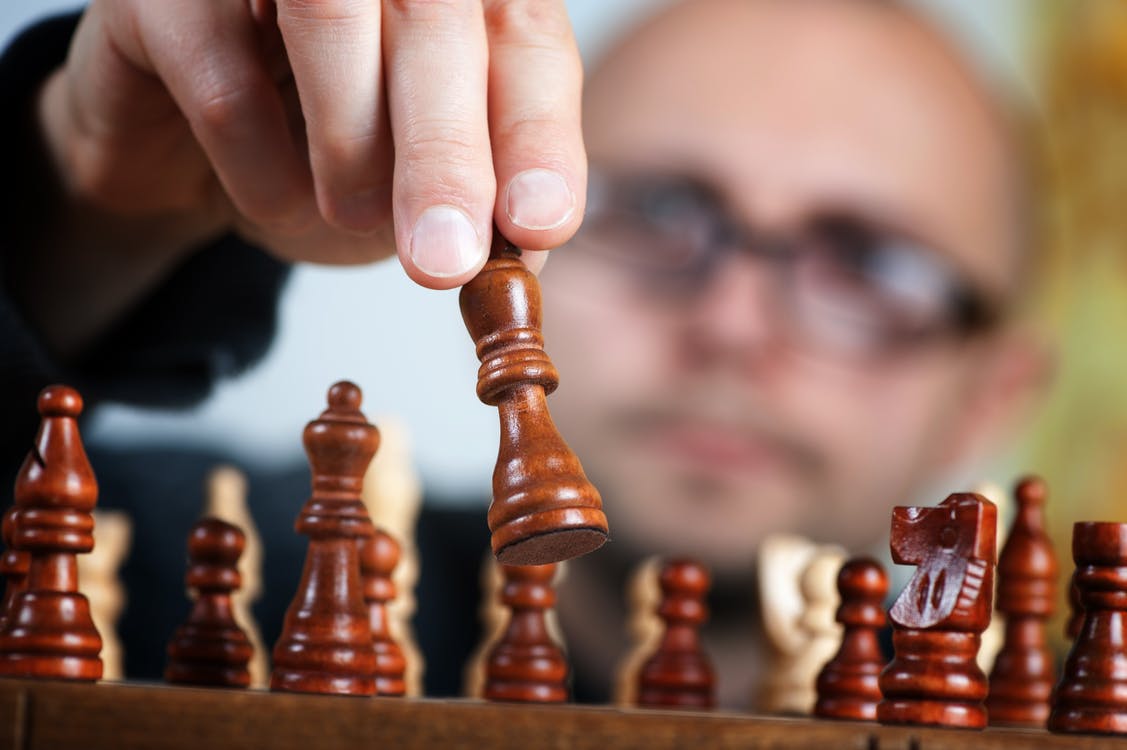 3 Tips For Answering “When Have You Made a Split Second Decision?”

When you think about it, “what’s a situation where you had to make a split-second decision?” is kind of an ironic question.

When someone asks you this, you’re suddenly put in the position of having to come up with a story from your life in order to answer:

To do so, you have to think quickly and choose between lots of different stories that you might tell instead, deciding which one will most impress your interviewer.

In a way, being able to answer this question quickly and effectively is, all by itself, an answer to the initial question — it demonstrates everything the question-asker is trying to figure out about you.

“To answer your question, Mr. Smithers, allow me to tell you of the time I beat the dreadful Blurry Man at chess in exchange for my eternal soul.””

Of course, this is all something you can think about for the next time you’re asked — for now, the clock is ticking, some hiring manager is looking at you expectantly, and you’re staring straight ahead with a blank expression and no idea which story you should tell.

How do you decide what moment in your life to single out to represent your ability to make quick decisions?

For starters, it helps to understand exactly what’s being asked of you.

1. Split Second Decision-Making: What Are They Really Asking?

When a hiring manager asks about a time you made a split second decision, the particular story that you tell doesn’t really matter.

It doesn’t have to be impactful or exciting — though it wouldn’t hurt if it were at least one of those — because all that shows is that you’re able to tell a good story.

The point of this question is for a hiring manager to determine what your decision-making process looks like while you’re under pressure — that is, whether or not you’re capable of thinking on your feet and making good decisions in a crunch.

This person demonstrated a lack of quick-thinking by checking off both “yes” and “no,” rendering her checklist utterly useless.

There are a lot of aspects of your personality that should be on display during whatever story you choose to tell, from your creative process to your command of a particular industry discourse, but the most important thing is to showcase just how capable you are of thinking quickly and analytically and acting decisively.

Some things about you and your working abilities that this question might be asking for include:

When it comes to giving an actual answer to this question, it can be easy to get lost as you’re telling your story.

Maybe you’re having trouble fitting all of your story into a short span of time, or maybe you can’t decide on a good story to tell in the first place.

For example, literally anything that might be going on this picture could not possibly be relevant to your interview, and you should leave it out of your story entirely.

One tactic you can employ is the STAR method, which stands for Situation, Task, Action, and Results.

It’s an interview method utilized that’s designed to help you focus on the main points of any story you should be telling during an interview:

Start with situation and the task you were handling and set up what’s taking place,

Then go into what action you undertook to solve the situation,

And then finish by talking about the results of your action or actions.

Following those steps should help you tell an effective story that demonstrates the point you were trying to get across, but when it comes to specifically talking about times where you made a quick decision, there are a few other dos and don’ts you should keep in mind:

3. Example of When You Had to Make a Quick Decision: Sample Answer

For whatever story you end up telling, keep the basic STAR format in mind, like in the following answer:

“I think the best example of when I had to think fast was when I worked for old MacDonald’s Farm just outside of Siler City. (Situation)

One of our recent additions, a very fast-running ostrich, had begun acting irritably and one day escaped from its enclosure. I knew I had to get the situation under control before things got hairy. (Task)

Suddenly, I had an idea. Using a whole bucket of black paint from the Acme corporation, my coworkers and I painted the side of a wall so that it looked like a tunnel. Our plan was to chase the ostrich until it ran towards the “tunnel,” whereupon it would crash into the cliff face and my fellow workers and I would have the chance to capture it and return it to the farm. (Action)

Unfortunately, as we chased the ostrich, it passed directly through the tunnel as though it were real while my coworkers and I all ran headlong into the wall as we tried to follow the beast through the tunnel ourselves. The ostrich got away and terrorizes us to this day, but I learned a lot about thinking on my feet and acting quickly.” (Result)

“Even today, my coworkers and I become enraged the sight of this very fast, flightless bird.”

That’s all for this one! Remember that when it comes to answering this question, which story you tell doesn’t matter as much as the specific decision-making skills that the story displays.

You could even get away with telling a story where you made a quick decision that had bad results, so long as you framed in a way that showed that you learned a lot from the experience.

These doors represent all the quick decisions you need to make in any given job, and the fact that all these doors are locked represents how opposed your employer is to employees unionizing.

The biggest thing is to show that you make good decisions under pressure — it’s certainly helpful if those decisions happen to have good results, but hey, you live and you learn.

And if telling a certain story keeps you from getting hired, maybe you should learn to never tell it, like, ever again.

Anyhow, best of luck! Here are some other links to help you on your way:

How to Show Promotions on Your Resume
These 10 Steps Will Help You Answer the Question “What Should I do With My Life?”
12 Reasons You’re Not Getting Hired