The City With The Best Commute In Each State 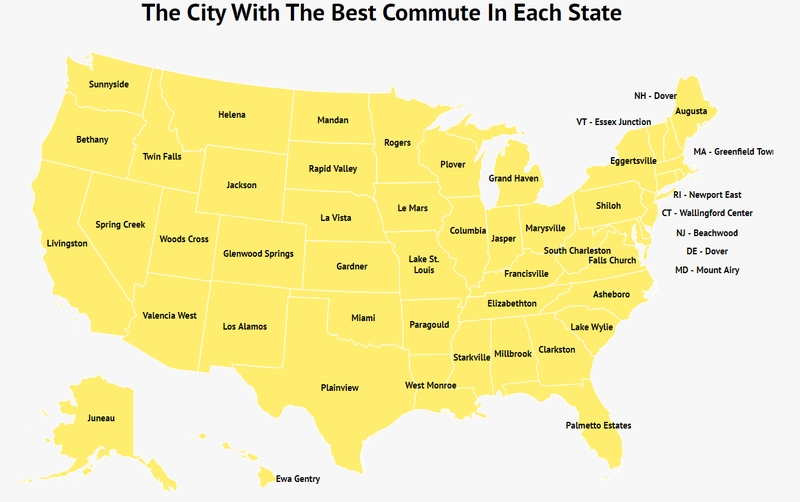 Driving to work can be a drag.

Whether you have a 15-minute drive or an hour and a half drive, chances are you’re going to run into traffic at some point. I mean, everyone else has to make it to work too.

Traffic isn’t the only bad thing about your work commute. From kids asking if you’re there yet to long, annoying commercials on the radio, your commute can seem longer than it actually is.

By determining the commute time of over 4,000 cities, we figured out which cities have the best (and shortest) commute in the U.S.

With these 10 cities in your pocket, you can kiss your long, annoying commute good-bye.

Long gone are the days of you being stuck in traffic in the middle of a coffee desert with kids screaming your ear off for 30 minutes.

These cities are sure to kick that stress out of your life. Ain’t nobody got time for that.

But you do have time to check out the city with the best commute in each state, which is why we included that list below.

While other factors may influence your commute (traffic, available radio programs and options for drive-thru coffee, or the number of screaming kids you’re trying to drop off at school), at the end of the day time is the most important factor in a good or bad commute.

Some of these commutes are seriously short (7 cities under 6 minutes!), that other factors don’t have time to be a major inconvenience.

Our data on commute times comes from the most recent Census’ ACS. We’re on our way to Clarkston, Georgia, for better commute times because word is that’s where short commutes are located. With one-way of your commute only being 5.3 minutes, you’ll have plenty of time to find some coffee and even get a few more minutes of sleep! 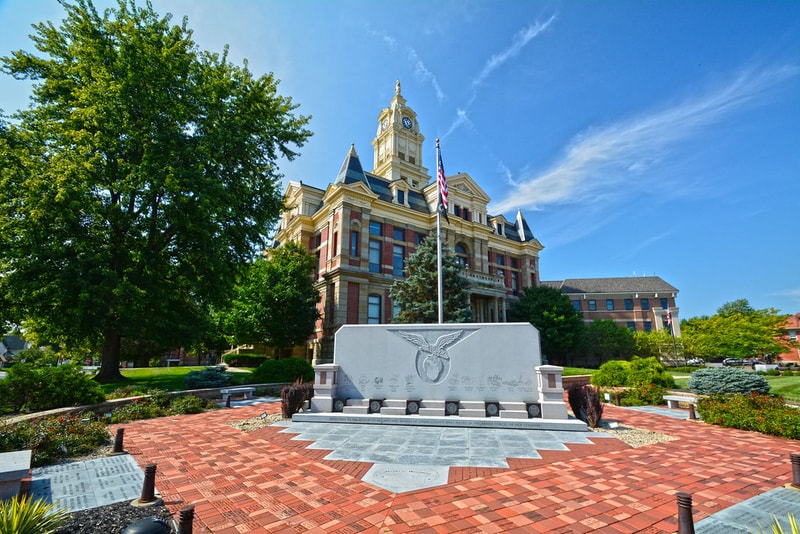 Even though Marysville, Ohio, comes in with the second-best commute, it’s actually tied with Clarkston. Also sporting a 5.3-minute commute going one way, Marysville will have you giving up coffee because you get to sleep-in instead. The third best commute can be found in Rogers, Minnesota. The average commute there is only 5.5 minutes going one way so you won’t have to endure screaming kids for too long. 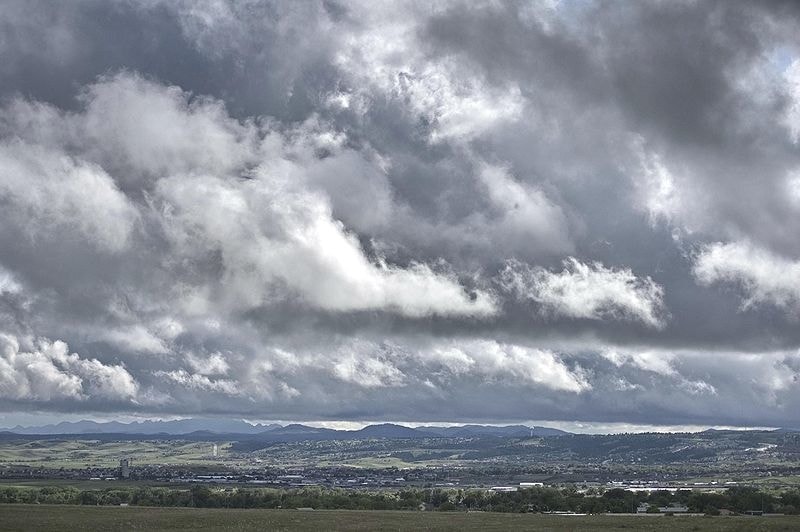 The fourth-best commute in the U.S. is located in Rapid Valley, South Dakota. Just driving one way, the average commute is only 5.6 minutes! That’s so easy you could do it in your sleep. But maybe don’t. Jasper, Indiana, the place you want to go if you like short commutes. At just 5.6 minutes in one direction, you’ll have plenty of time to catch up on social media before work.

Tied for the fourth-best commute is Augusta, Maine. With a 5.6-minute drive, you can afford that extra stop to get coffee because you’ll be at work in no time. 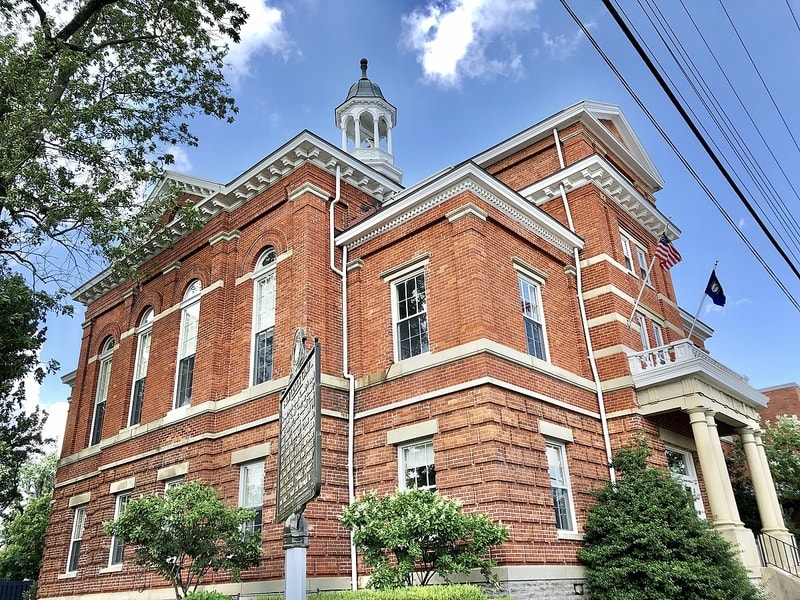 With a 5.8-minute commute, Francisville, Kentucky, is known for having the seventh-best commute in the U.S. We’re not telling you to drop everything and move here, but it’s definitely not a bad idea. Asheboro, North Carolina, is ready to free you of your commute stress. As the eighth-best commute in the country, you definitely won’t mind that 6-minute drive to work every morning. It really doesn’t get better than that. The next best commute can be found in Livingston, California. Livingston is home to 6.2-minute commutes. Think about what you could do with all of that extra time! 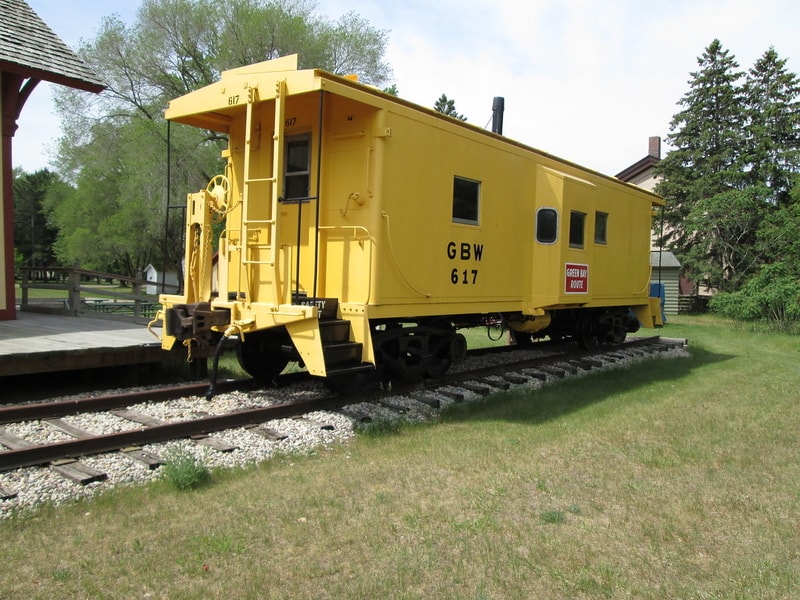 Even though it’s stationed at No. 10, Plover, Wisconsin, does tie Livingston with a 6.2-minute commute. Despite being 10th best, we definitely wouldn’t mind that short of a commute. BRB. Gotta start packing.

Traffic. Honks. Yelling. Commercials. All of these can make a horrible commute into a nightmare.

Luckily, there are places that exist that aren’t filled with traffic and instead offer short commutes.

These 10 cities are sure to melt your stress away. Go get ‘em, speed racer!

We didn’t stop at 10 cities though. We made sure to find the best commute in each state.
Cities with the Best Commutes in Each State