The Most Popular Thanksgiving Side In Every State (Spoiler: Mashed Potatoes Are Still The Best) 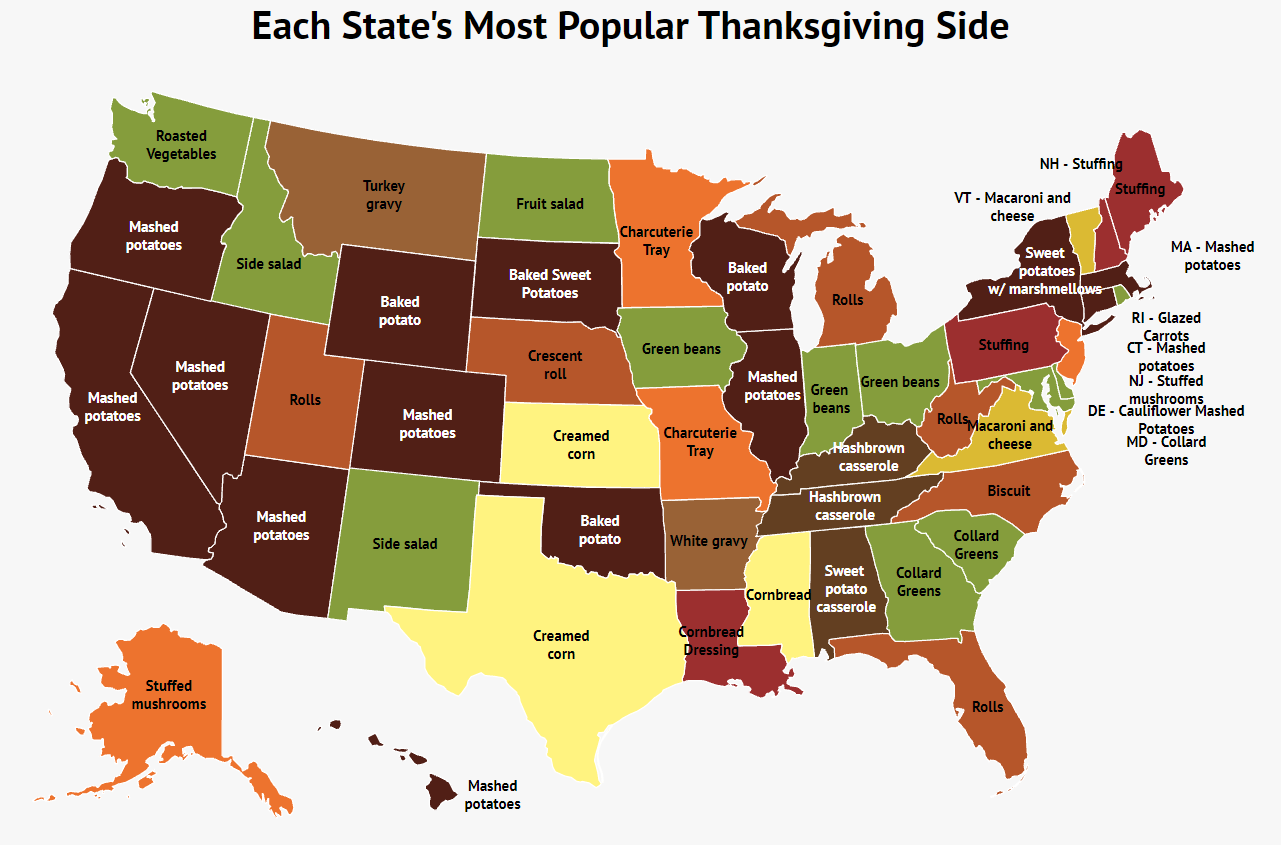 While some workers work holidays, the majority of workers can be thankful on Thanksgiving for a day off work.

This year the trend of more companies delaying Black Friday hours continues, allowing even more workers the opportunity to pile plates high and spend more time with loved ones.

It got us thinking, what foods will everyone be eating? Are some states crazier for corn than others? Is anyone cheesing out? We analyzed Google searches to determine each state’s favorite Thanksgiving side.

The results? Thanksgiving may be called Turkey Day, but maybe it should be called mashed potato or bread day. 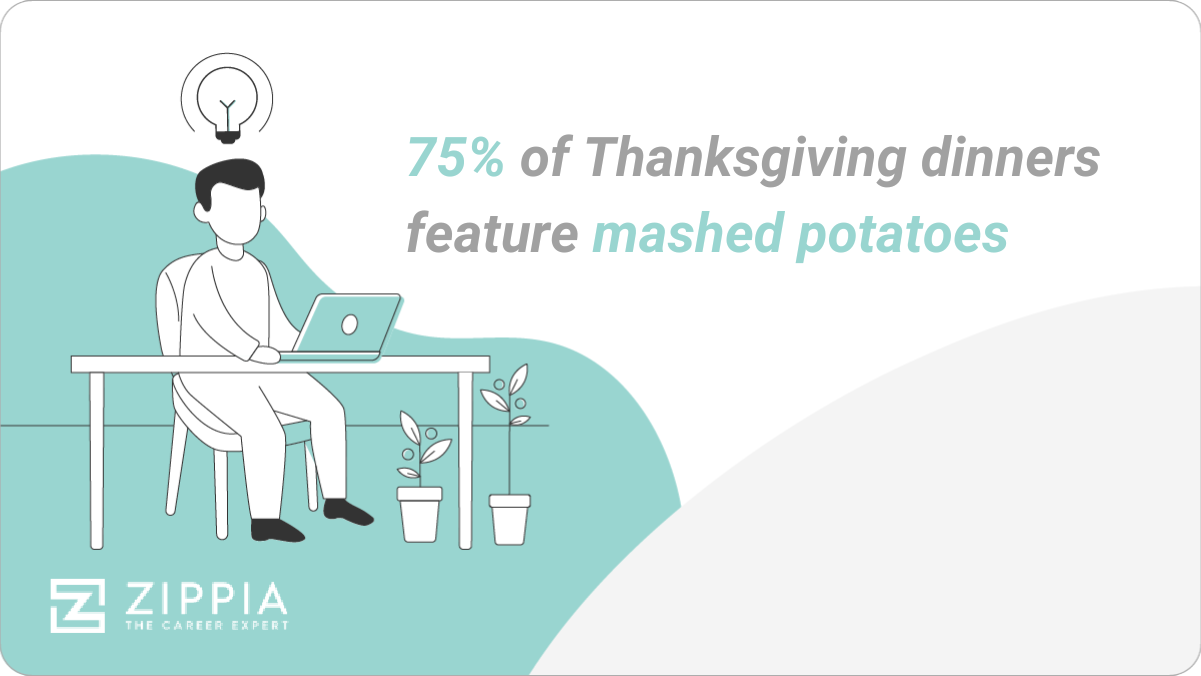 For example, while Nebraska eats all the Thanksgiving classics the rest of the country does, the search interest in crescent rolls is excessively higher than in the remaining states- making crescent rolls more popular in Nebraska than anywhere else.

Some controversial decisions were made, including counting gravy as a side. However, since it’s not the main dish and hopefully isn’t being consumed as a beverage, our hands were tied. Sorry if your family has an uncommon tradition of shrimp cocktails, Red Lobster Cheddar biscuits, or whatever oddity for Turkey day.

Your family is weird, and didn’t fall into our data. However, it should be a good representation of what most of us chow down on at Thanksgiving.

We looked at the month of November 2020 to determine what folks are searching for the most in each state. Traffic for most Thanksgiving sides skyrockets on Thanksgiving day (Turns out, when you’re googling “how to make mashed potatoes”, so is most of America.)

How this year changes (if it does) won’t be apparent until after Thanksgiving- and who wants to wait that long? Luckily, odds are good most of us will still be making mashed potatoes, mac n cheese, and other favorites this year– and probably in 2050, too.

Have A Happy Mashed Potato Day!

We’ve all been forced to choke down a dry turkey, murmuring, “This is great,” to the chef. Or had to wait hours for the turkey to be done….and sometimes overdone.

Shoot, cooking a turkey is such a wild card, ham or another meat is often served side by side.

So, let’s give recognition to where it’s deserved- the sides. Stuffing, mashed potatoes, mac n cheese, and more are the real heroes of the day.

The best part? You don’t have to choose just one. So pile your plate high with green bean casserole and rolls, maybe some cranberry sauce too. Put it right over the turkey, why don’t you, and just enjoy.

Each State’s Favorite Thanksgiving Side