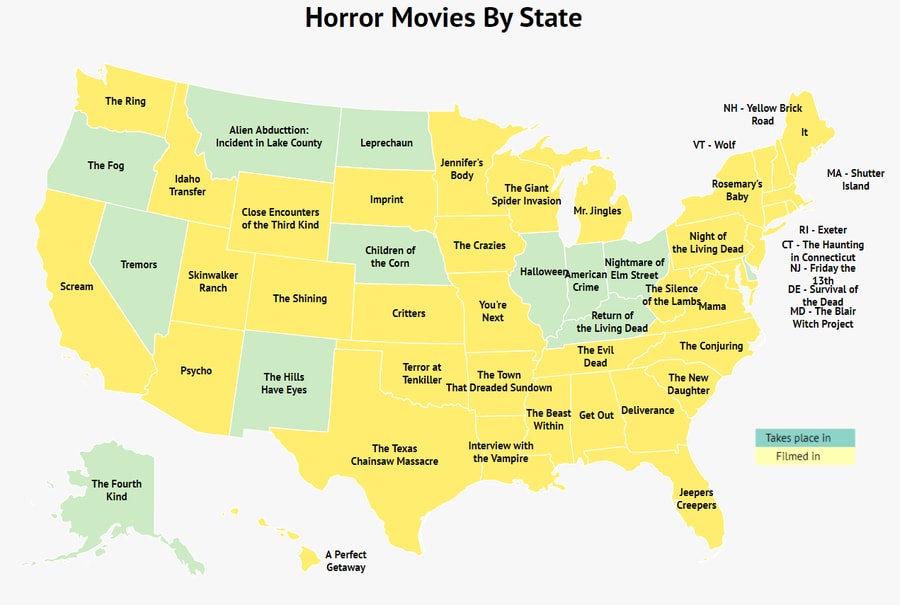 It’s true that horror movies can be enjoyed (if that’s your kind of thing) all-year-round, but they really shine during Halloween.

From the classics like “Scream” to the lesser-knowns like “Carnival of Souls,” we set out to find which horror movies were filmed, or, at least, takes place, in each state.

We looked up movies that were either set in or filmed in each state. Then we looked into which of those movies were based on real events or inspired by actual accounts of spooky happenings.

So if you need some inspiration as to what to watch on Halloween, take a look at which horror movie is stretched into your state’s legacy. 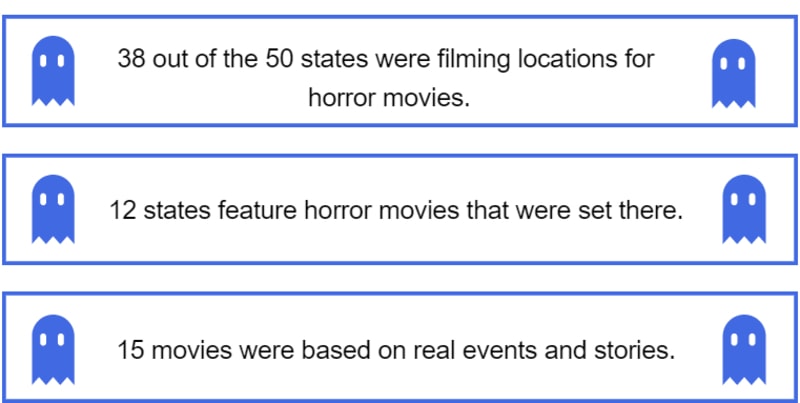 Horror movies are scary enough without the added bonus of being based on real-life events. Now that you know where some of these movies were filmed, and where the setting of the other movies took place, you know where to avoid if you want to live to see another day. We’re only mostly kidding.