Research Summary. Whether the average person realizes it or not, robots are becoming more and more of a part of daily life and industry, whether that’s in surgery, on a website, or on a manufacturing floor. Here are the key statistics about the robotics industry:

For further analysis, we broke down the data in the following ways:
Employer | Industry/Sector | Benefits and Challenges | Types | Trends and Projections 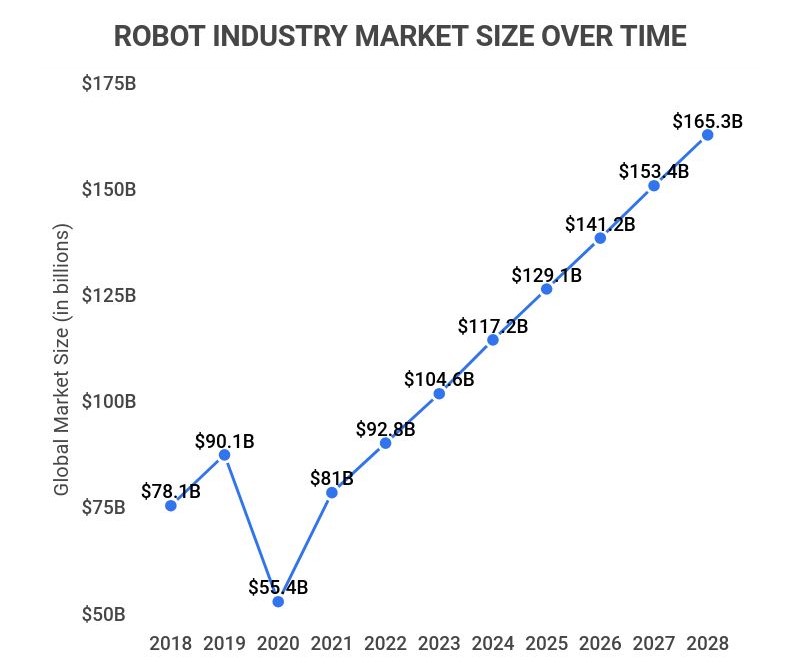 Biggest Robotics Companies in the World 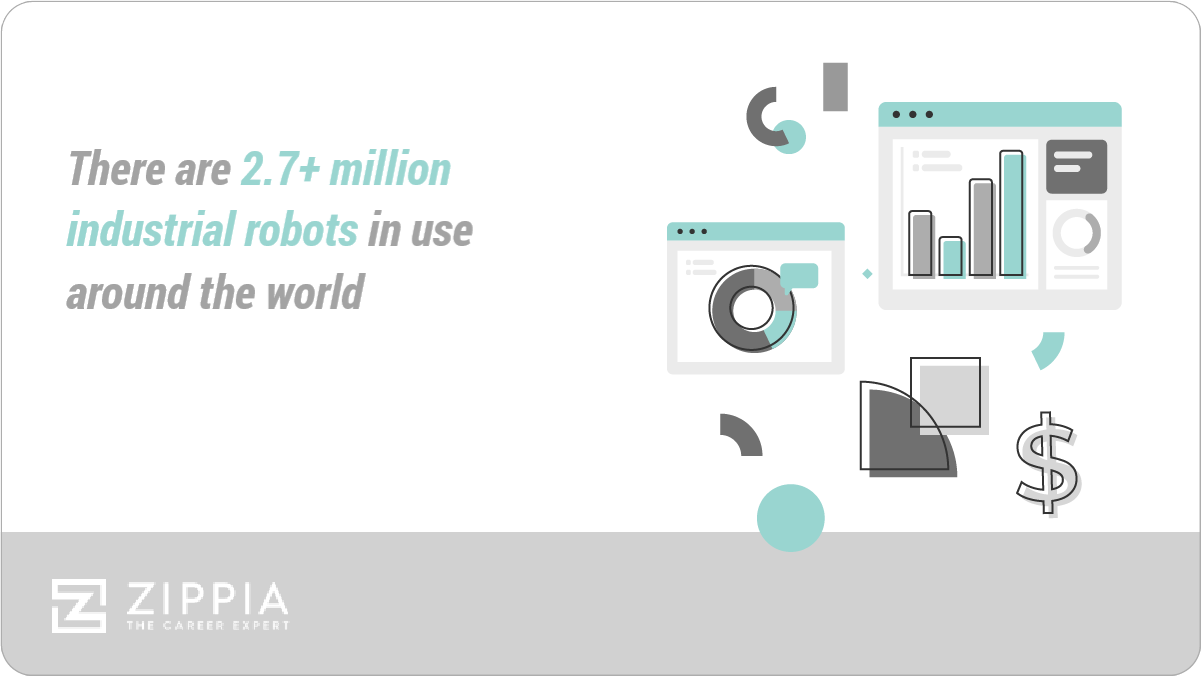 Benefits and Challenges of Robotics Integration 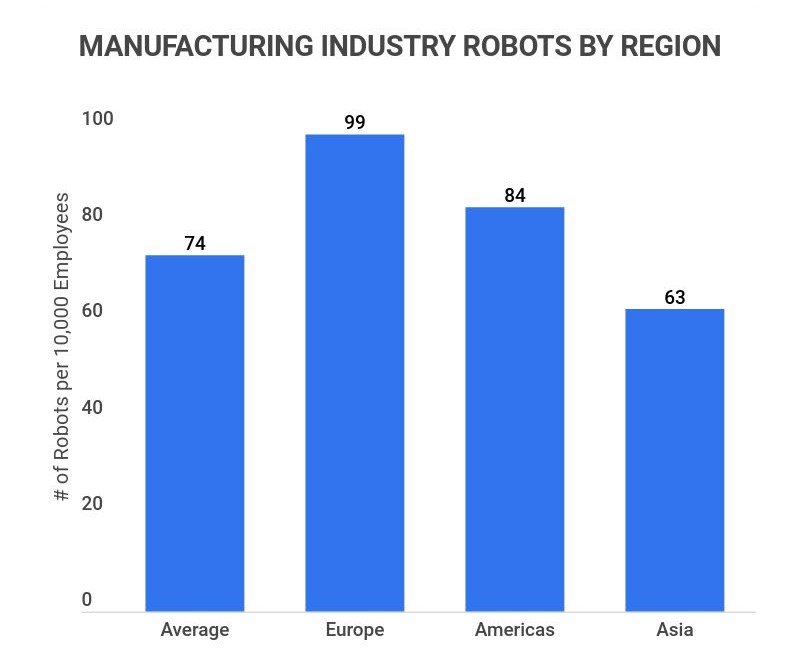 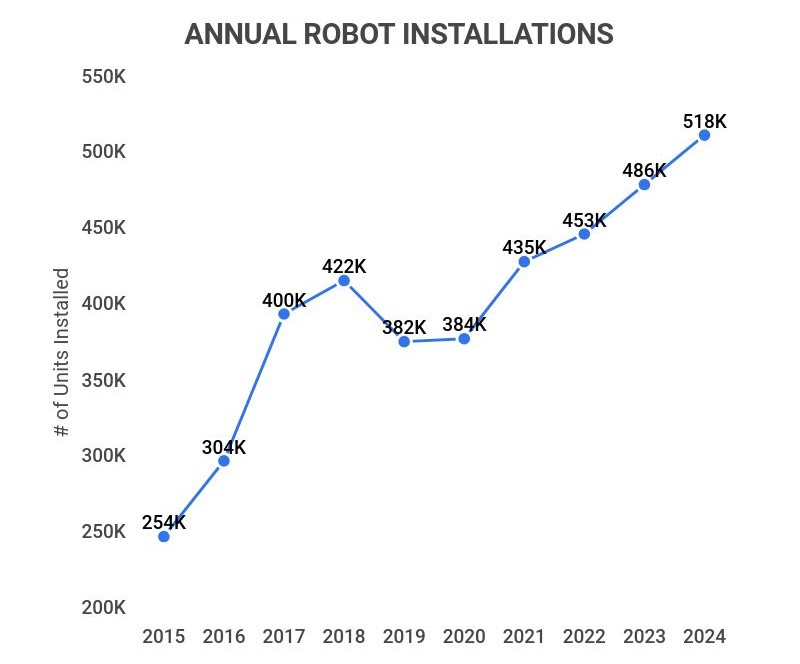 Robots are increasingly becoming an integral part of the industry, with robots designed to build and test cars, perform complex and dangerous welding techniques, and fry french fries. Others clean hospitals, answer customer service questions and even perform surgeries.

Companies are leaning into robotics, as in the U.S., there is an average of 228 robotic units per 10,000 employees and approximately 30,800 new industrial robots installed in the country in 2020.

It’s estimated that by 2025 robots will take over 85 million jobs currently held by humans, although many people say this is a positive thing and will open up more creative and managerial jobs for humans to take.

Robots save companies money – up to 20% of their overall costs. However, one of the biggest hurdles to companies implementing more robotics is their high up-front cost.

The U.S. isn’t the only one implementing more and more robots, though. There were 384,000 robots shipped around the world in 2020, and the U.S. falls behind both China and Japan as far as the number of robots installed that year.