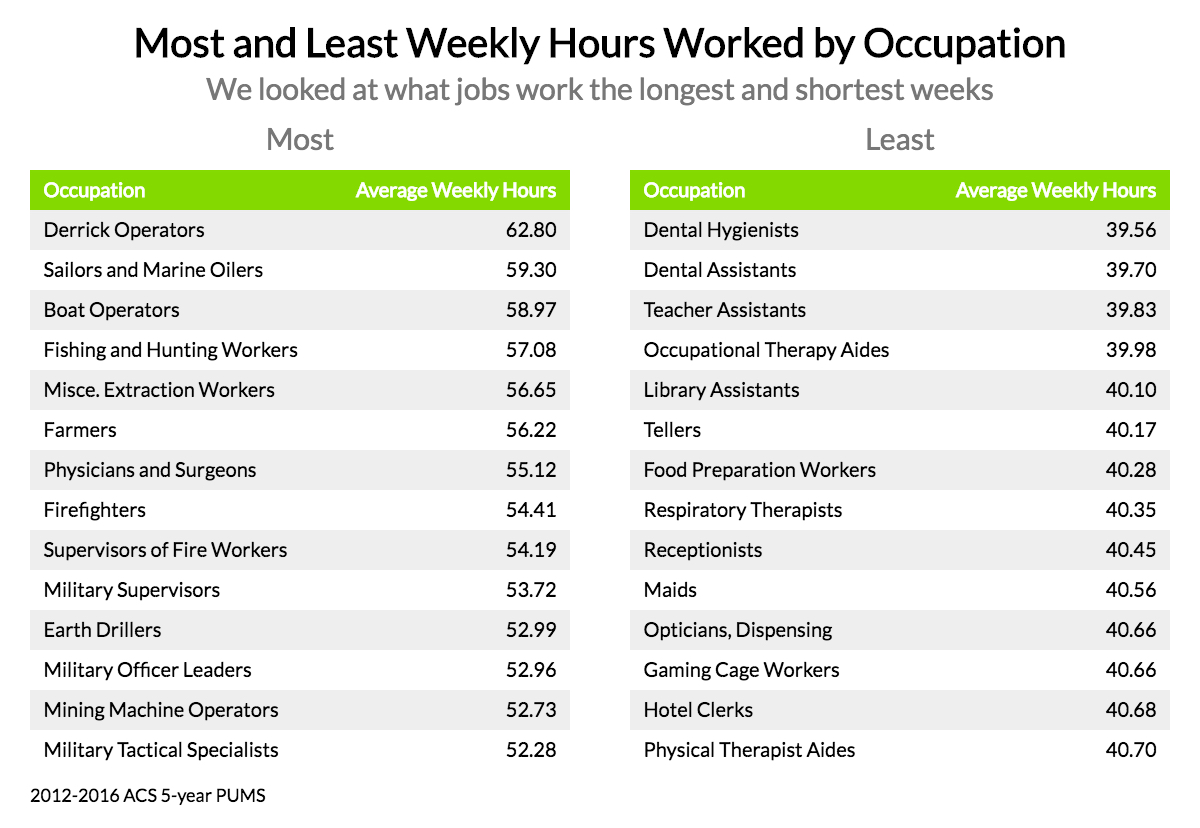 These Are The Jobs With The Longest And Shortest Work Weeks

Attention workaholics. Boy, do we have the job for you?!

Don’t worry those of you who like your free time. We have that data, too.

Ever wondered what jobs work the longest and shortest hours? Cool, because so did we.

We crunched the numbers from the latest American Community Survey PUMS dataset to find out what full-time jobs have the longest and shortest work weeks. 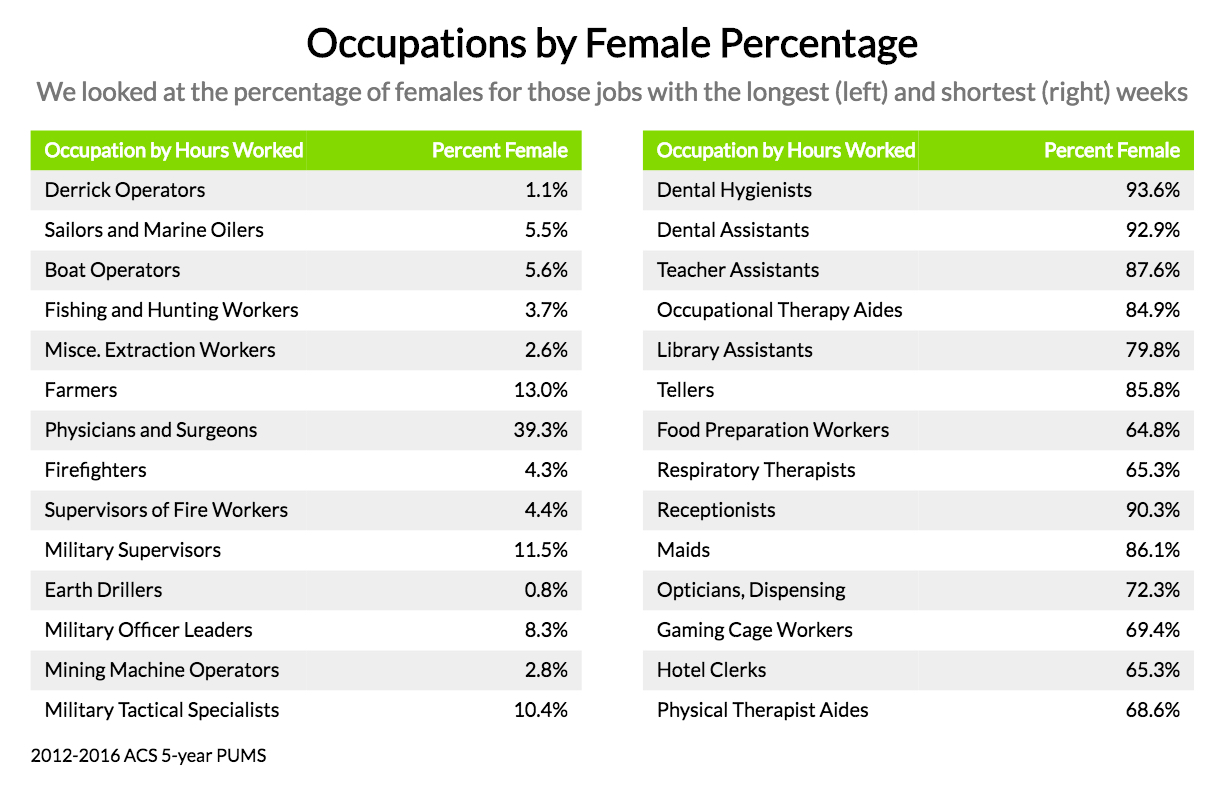 We analyzed data from the American Community Survey’s PUMS 2012-2016 database to see what occupations average the longest and shortest working weeks.

For conciseness, we whittled the occupations down to the 14 positions with the longest weeks and 14 jobs with the shortest. Salary data was cross-referenced with Data USA to ensure accuracy. 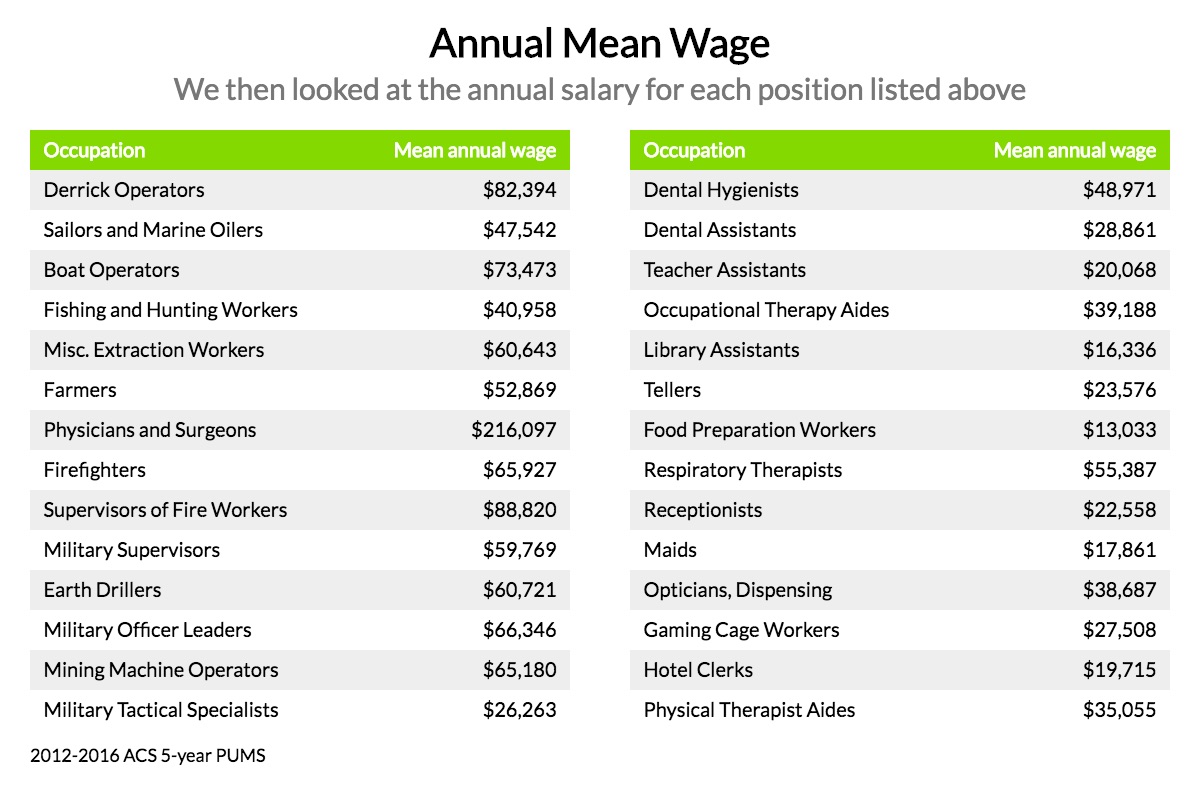 Physicians and surgeons make quite the pretty penny at $216,097. Of course, they’re working close to 2,900 hours per year saving lives so they’re worth the pay.

Fishers and hunting workers on the other hand aren’t exactly compensated the best at $41,000 for 57 hours per week. Same can be said for military tactical specialists, who make just above $26,000 for over 52 hours of work per week.

However, food preparation workers and servers, including fast food, check in with the lowest annual pay of just above $13,000. Granted, much of their income is supplemented from cash tips as well, which makes this figure a bit diluted. Second lowest are library assistants, making $16,336 per year.

For their work rate of just below 40 hours per week, dental hygienists are compensated fairly well at nearly $49,000.

Best Companies to Work For in Chicago, IL

Best Companies to Work For in Los Angeles, CA

Best Companies to Work For in Oklahoma City

Best Companies To Work For In Atlanta