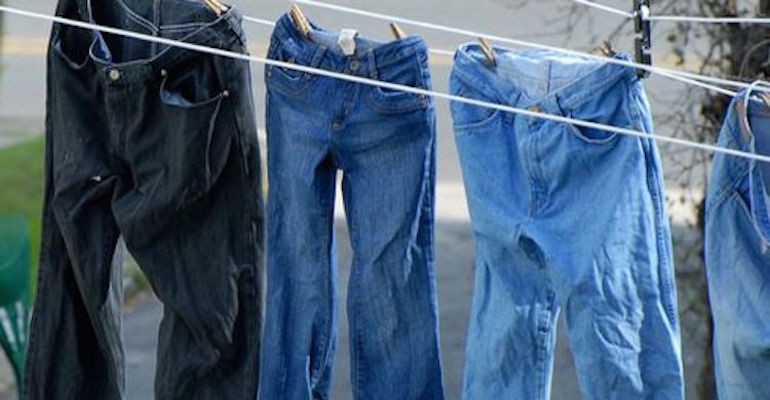 When I read Jenn’s most recent blog post the other day, my first reaction was to add a comment. After all, company culture has been something that has come up literally thousands of times for me during interviews over the years.

But then rather than simply adding a short comment beneath Jenn’s post, I thought I would just write a stand-alone piece.

The notion of company culture is something my clients would always want me to promote to candidates. Perhaps more important though, was their expectation that I would carefully explore and assess the candidates’ suitability (and therefore potential fit) for their specific culture.

Assessing a candidate’s ‘cultural suitability’ for a client is one thing. But having recruited hundreds of people into my own teams over the years has meant that I have also had to think very carefully as to whether certain candidates (no matter how good they looked on paper) would be a suitable cultural fit for my business.

Sometimes I would ask specific questions hoping to solicit a particular response. But fortunately (as so often happens in an interview) it would be the candidates’ own questions or passing comments that would paint the perfect picture of the type of workplace culture they would be most suited to.

And quite often it wasn’t mine …

Here are few memorable questions and comments from candidates that I still remember to this day which very quickly helped me sort the yesses from the nos when it came to assessing cultural suitability.

“Would I get my own birthday celebration or would I have to share a cake with others?”

It’s incredible how many candidates would ask a question along those lines! Who knew that mature, experienced professionals would obsess over whether the team would celebrate with them on their actual birthday, or whether they would just be included in the monthly ‘sing-song’ and afternoon cake festivities.

Personally my policy was to always give team members their actual birthday off. And then once a month we’d get together and wish everyone celebrating a birthday in that particular month a ‘happy birthday’ with a nice cake.

At one stage I had nearly 60 team members in one office. If we’d celebrated individual birthdays, my staff entertainment budget would have been blown on cakes alone and I would have had an obese (not to mention bordering on diabetic) team of recruiters sitting around me!

“Are you a clock-watcher? Because if you are, ‘this’ probably won’t work!”

That’s exactly what the candidate said. And when she emphasised the word ‘this’, she kept flicking her finger vigorously between us.

Whilst I am certainly not a clock-watcher, I am (and have always been) a very punctual person. And I believe having respect for other people’s time has always been one of the core values in any of my businesses.

My response to Brigid at the time was that I never patrolled the office to see if anyone was one minute late for work; who may have snuck out early at the end of the day; or who may have taken a slightly longer lunch. But if I arranged a meeting (whether with the whole team or with an individual) then given that I would always be on time, I would expect the same of everyone else.

It was when she rolled her eyes at that point that I knew the only meeting I’d ever be having with Brigid would be that interview.

Like I said I was never a clock-watcher. But I was a bit of stickler for dress code. (If any former team members are reading this post, they’re probably joining Brigid on the eye rolling front right about now!).

I always engendered a ‘smart casual’ working environment. Not ‘suit and tie’ but we all had to look professional at all times.

My philosophy has always been that if you are visiting clients then you should always be well presented and (at the time!) I just didn’t feel that jeans equated to professional.

“So is it a yes or no for jeans on a Friday?”, Sheldon asked – slightly more demandingly now.

I explained that I wasn’t comfortable with anyone dressed in jeans visiting clients (call me old fashioned!). And that if I let the team wear jeans on a Friday, then this meant that for 20% of the week the team wouldn’t be out visiting clients.

Sheldon didn’t get a second interview.

How times have changed! I’ve worn jeans every single day for the last three years … and visited hundreds of clients.

“What do you do for Melbourne Cup?”

I explained to her that every year on Cup Day we put lunch on for the team, we watched the race on the TV in the boardroom and we organised an office sweep. Of course I explained that if she wanted to go to the races she could always  take the day off as annual leave.

“I can’t believe I would have to put in a leave form!”, she shrieked (literally). “My friends in Melbourne all get the day off!” she continued.

“That’s because in Melbourne it’s an official public holiday”, I explained trying not to laugh.

I lost all concentration from that point.

“What would you say if I told you I was a smoker?”

Of course I didn’t ask that, but I definitely thought it.

I jokingly said, “Well all my non-smoking team members get an extra week’s leave every year since they don’t take 30 minutes a day for smoke breaks”.

Did I mention I was joking?

“I really prefer to have my own office”

Gosh even when I had my own office when I managed a team in Hong Kong, it was all glass and the door was always open!

“You do realise this is a recruitment consultant role”, I said to Adrianna, since I have never known any recruiter to have their own office.

But it was when she explained that she didn’t really like anyone working around her since she found it extremely off-putting that I decided she would never be a part of my team.

I received an email from Adrianna the next morning. “Paul, I’ve had a good think about the job overnight and I just don’t think it’s what I’m after right now. Thanks for considering my application”.

Have you had any culture defining moments? Feel free to share them with us!

Personal liability in the workplace: Should you be afraid?
How Leadership Teams Can Encourage Knowledge Sharing and Collaboration
Four Alternatives to the Team All-Hands
Women in I.T - A World of Opportunity [Infographic]
15 Reasons Why You Should Allow Dogs in the Office [Infographic]
7 Tips To Help Manage Your Team Remotely