by Kathy Morris
Rankings - 4 weeks ago 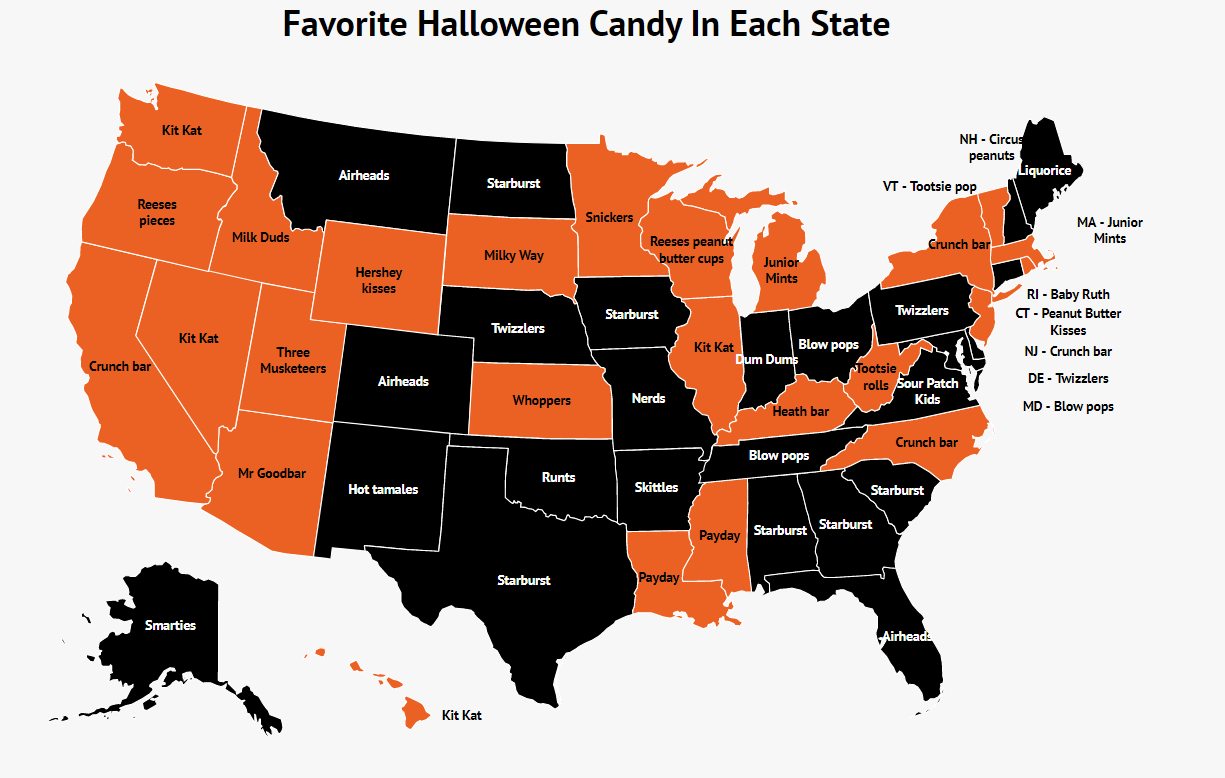 Want to get ahead at work?

Sure, you could impress with your hard work, perseverance and talent, but have you considered bringing in candy instead?

People love food, whether it’s bringing in morning doughnuts, a baked treat, or seasonal goods- it’s sure to win you friends and influence people in the workplace. After all, who wants to fire doughnut guy?

We did the pesky work of finding each state’s favorite Halloween candy, so you know what to bring to impress. Warning: Some of these states’ have pretty crummy taste in candy.

Using Google Trends, we determined which states were the most avid fans of each candy. We examined 50 different popular (and some infamously unpopular) candies, given us a range of candies that puts any grocery store shelf to shame.

We, being sane reasonable humans, excluded gum from our candy list. Gum isn’t a candy. Similarly, we excluded raisins, fruit snacks, and other things people try and pass off as candy to unfortunate trick-or-treaters. There is a reason some houses get egged on Halloween and it’s because they aren’t giving out treats.

While we did some candy-shaming in this article (much deserved, circus peanuts? Peanut butter kisses? Runts? Really?), at the end of the day candy is candy. Especially when it’s free.

And if you’re buying it for yourself, buy all the gross-to-most candies you want if they bring you joy. It’s 2020, if Circus Peanuts make you smile, buy a big ol’ bag.

With that being said, if giving out candy to trick-or-treaters, maybe skip the peanut butter kisses. Those black and orange wrapped candies are not only tasteless but might take out a kid’s tooth. Why not consider a snickers or skittles or literally any other candy in the world?

It might just save your house a new toilet paper ‘do.