Zippia. "How Many Applications Does It Take To Get A Job? [2023]" Zippia.com. Aug. 15, 2022, https://www.zippia.com/advice/how-many-applications-does-it-take-to-get-a-job/
Zippia Research

Research Summary. Getting a job is no easy task, especially with tight competition and increased challenges during the application and recruitment process. Let’s look at the numbers on how many applications it takes to get a job:

For further analysis, we broke down the data in the following ways:
Interview | Demographics | Job Offers | ATS 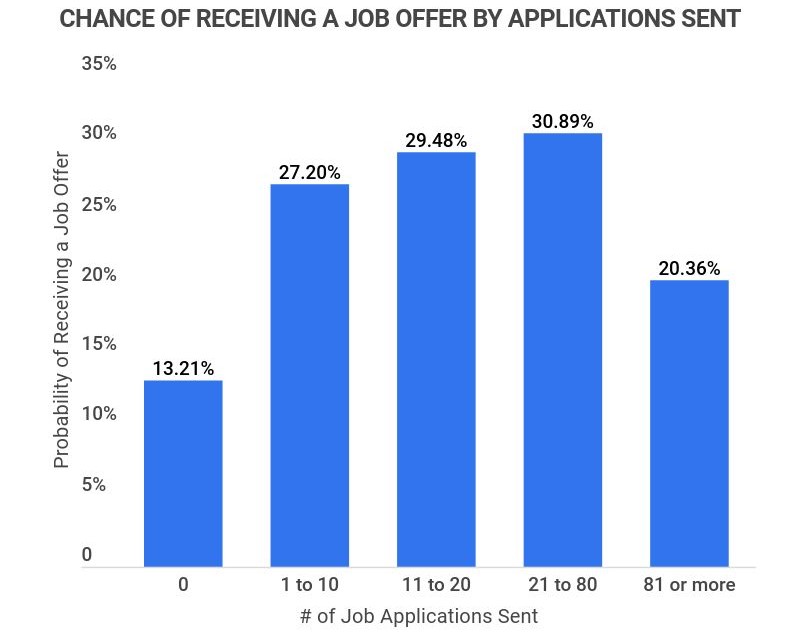 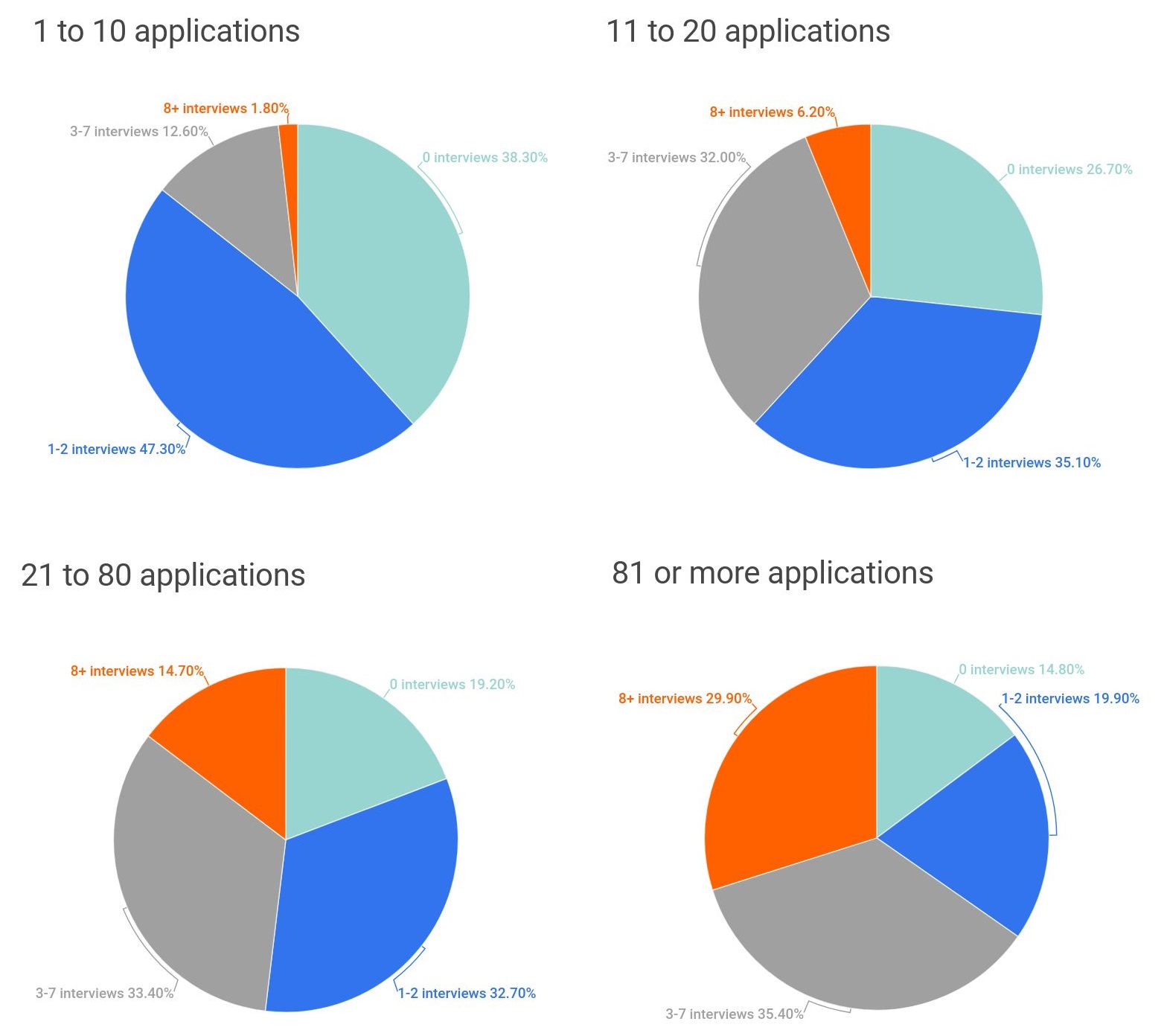 Applications Per Job by Demographics 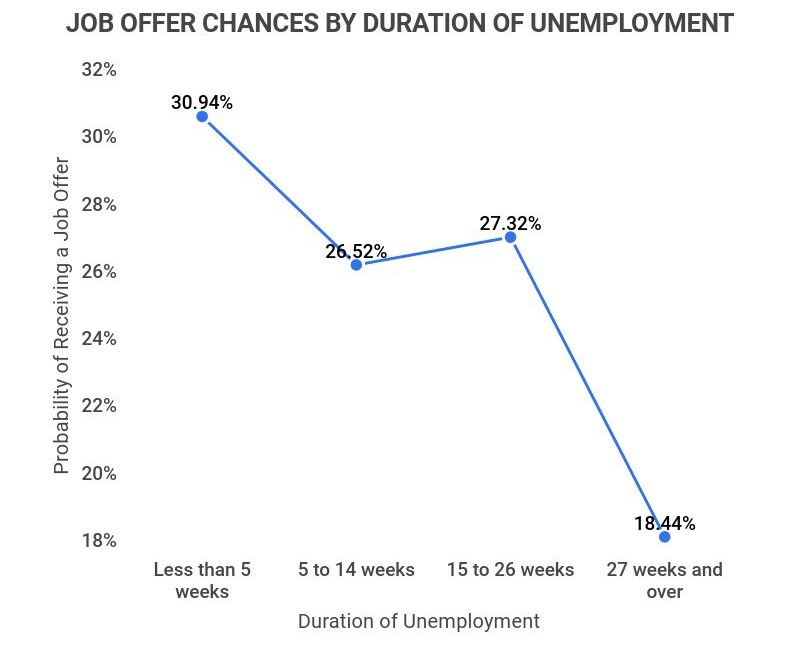 Looking for a new job can be tough, but having a thorough understanding of recruitment, hiring, and job application statistics can help you find your dream role that much faster.

Today, it takes anywhere from 100 to 200 applications for the average job-seeker to receive a single job offer. Making things even harder is that, on average, every corporate job opening in the U.S. receives approximately 250 applications.

No matter where you’re at in the job application process, it’s important to remember that 51% of job seekers receive a job offer after having three job interviews. Although competition can be tense when looking for a job and submitting applications, you’ll be well on your way to finding work in no time with determination and hard work.