Average Number of Jobs in a Lifetime [2022]: All Statistics 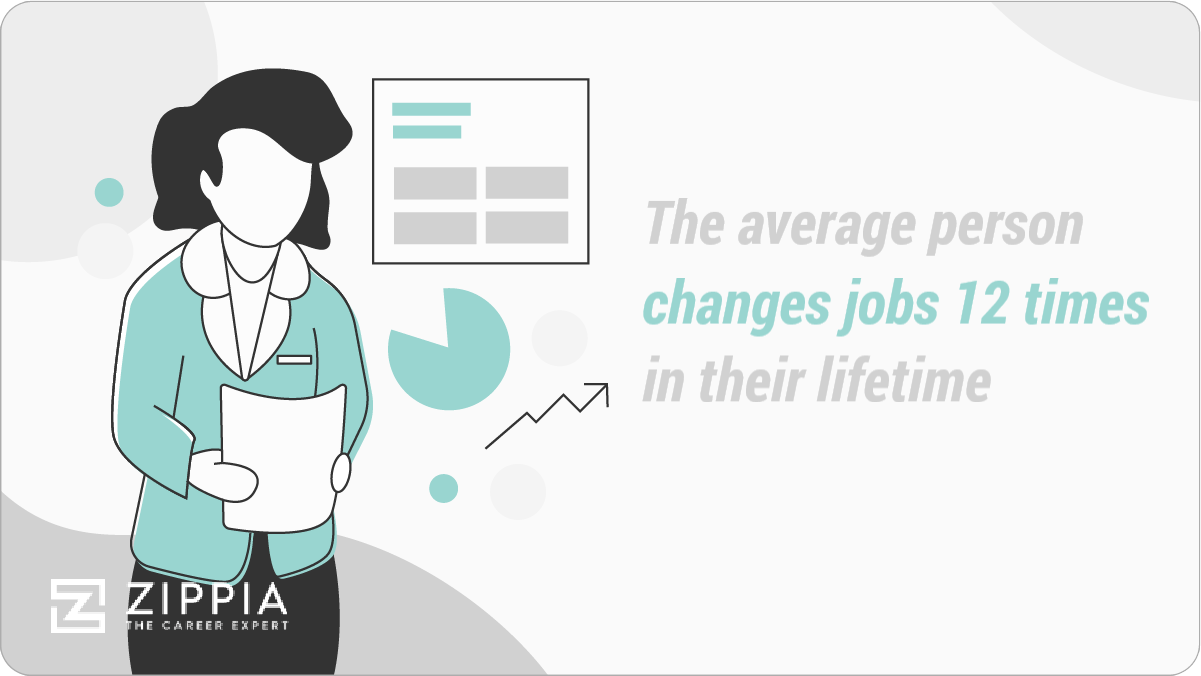 The above numbers have changed little since 2018, where men still hold a slightly longer average tenure than women.

The older a person is, the longer they will statistically remain with an employer. To outline this, workers aged 45 to 52 held less than half the number of jobs as those between 25 and 34.

Also, whereas younger Baby Boomers will hold an average of 12 jobs from 18 to 52, the vast majority of Millennials expect to change jobs every three years during this same period.

On average, men hold slightly more jobs in their lifetime than women and tend to remain at their jobs a few months longer. Compared to women, a higher percentage of men also have at least a decade’s tenure with their employer.

White individuals typically remain at their place of employment longer than Hispanics, Blacks, and Asians. There are also more White employees aged 55+ in the workforce than any of these other races.

The higher an individual’s education, the lower their unemployment stints throughout their career, the longer they tend to remain with an employer, and the less likely they are to cite education as a barrier to changing careers. Furthermore, more than half of people report that they sometimes use what they learned during college in their work.

The leisure and hospitality industry has the lowest median employee tenure while federal employees had the longest, with the state and public sectors falling somewhere in the middle.

There is a close connection between occupation and average tenure. For example, food service workers have a tenure of less than half that of employees in architecture, engineering, management, and legal occupations.

While many adults want to change careers, most think the risk of starting over is a barrier. Still, nearly a third of employees have completely changed fields since graduating from college, most of whom did so for a salary increase.

Average Number Of Jobs In A Lifetime Statistics FAQ

The Balance Careers. How Often Do People Change Jobs During a Lifetime? Accessed March 31, 2021.

Forbes.com. The Barriers To Success And Upward Mobility For First-Generation Students And How To Fix The Problem. Accessed March 31, 2021.

Forbes. The Future Of Work: Job Hopping Is the ‘New Normal’ for Millennials. Accessed March 21, 2021.

The University of Phoenix. Study Shows Majority of American Workforce Is Interested in Changing Careers but Worry About Risks of Starting Over. Accessed March 31, 2021.