Research Summary. Changing jobs can be an uncertain endeavor. Maybe you feel stuck in your current position because you doubt your ability to land a new job. However, the truth is that most people receive a salary increase when they change jobs. And those who stay in the same place for over two years actually tend to make less. After extensive research, our data analysis team concluded: 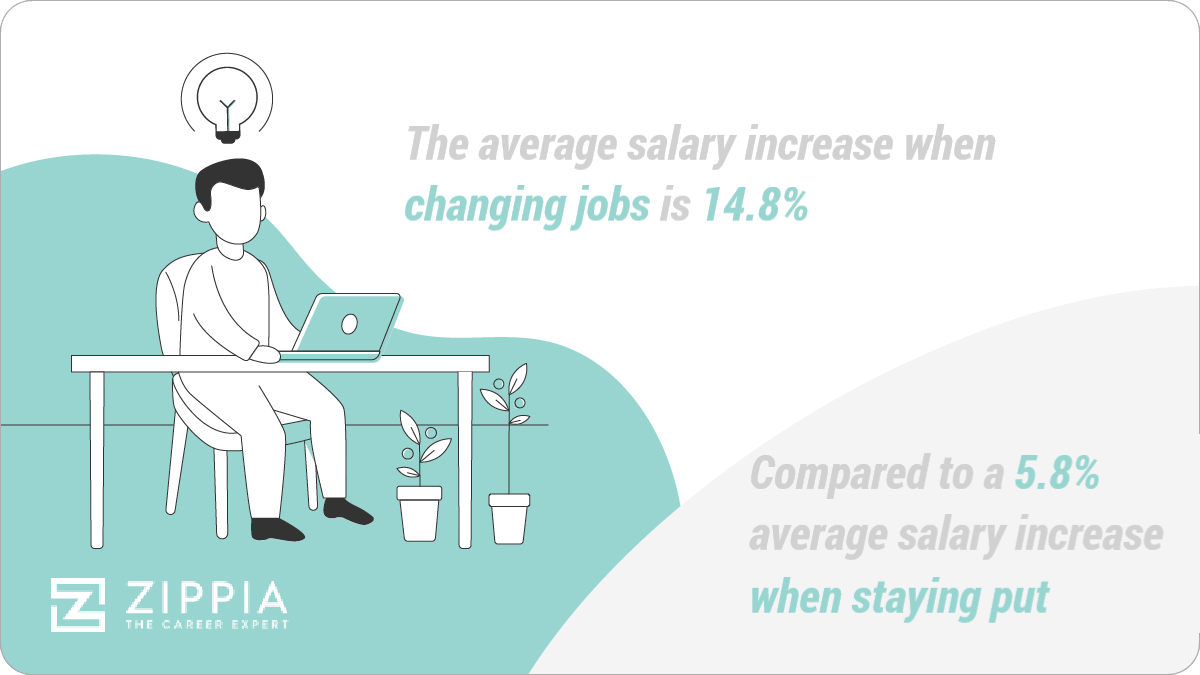 Because you’re likely to gain when switching jobs, it’s worth noting how these gains can vary. For instance, most people want a 10-20% salary increase, but not everyone achieves that. Here are the facts:

Your chances of landing a higher salary can also vary depending on your industry. While you can expect an increased salary most of the time, there are some industries where this isn’t the case. Plus, not every salary increase is equal. Here are some other insights our research uncovered: 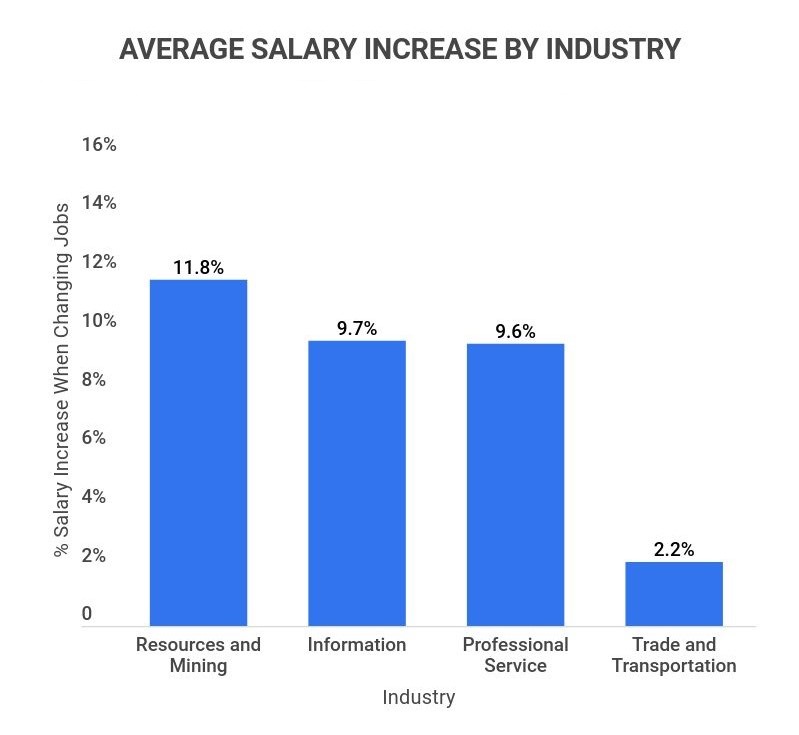 Age and gender also have an impact on the salaries and wage growth of those who change jobs. Generally speaking, the highest salary increases cap out at around 35 and then decrease from there. According to our research: 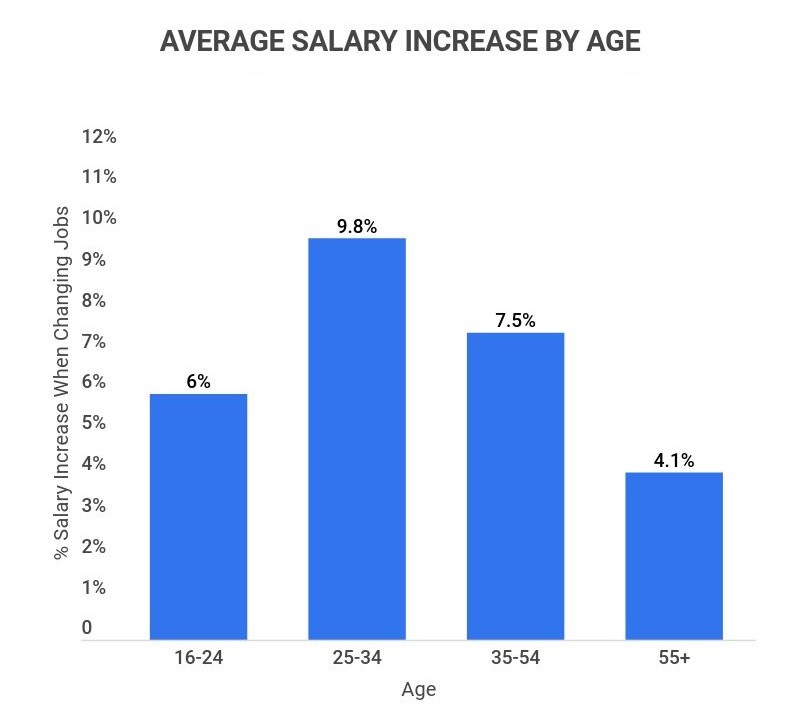 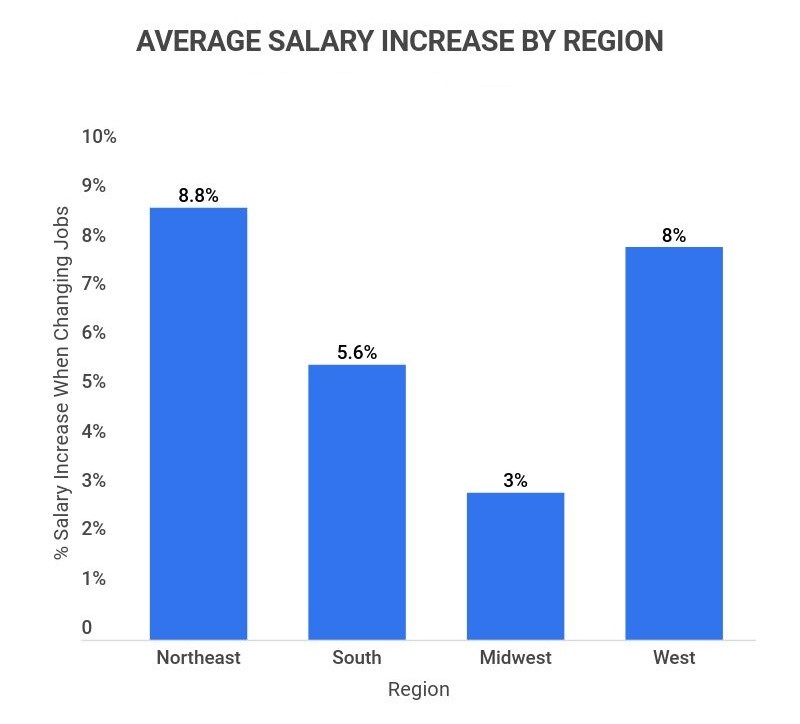 Overall, it can be beneficial to change jobs, as the average worker will see a salary increase of 14.8% and wage growth of 5.8%. General wage growth for job switchers is also 47% higher than those who stay in their current job.

Plus, aside from jobs in the Leisure and Hospitality industry, you’re almost guaranteed to experience some form of salary increase, regardless of your industry, company size, gender, or age.

With that in mind, you should feel like you need to hold back from changing jobs. Doing so can have a very positive impact!