Research Summary: Whether you need to cover childcare or that expensive vacation to France, side hustles are more popular than ever with Americans. In fact, working two or more jobs is more common than ever. But why?

Luckily, we’ve investigated all of the essential facts about side hustles in the US, and according to our extensive research:

For further analysis, we broke down the data in the following ways:
Demographics | Side Hustler | Earnings | Option

While nearly half of all Americans do have a side hustle; certain demographics are more likely to have one than others. To find out more, here are some interesting facts:

There are many reasons why someone might choose to take on a side hustle. To find out just what’s most important to side hustlers, we’ve gathered all of the essential facts: 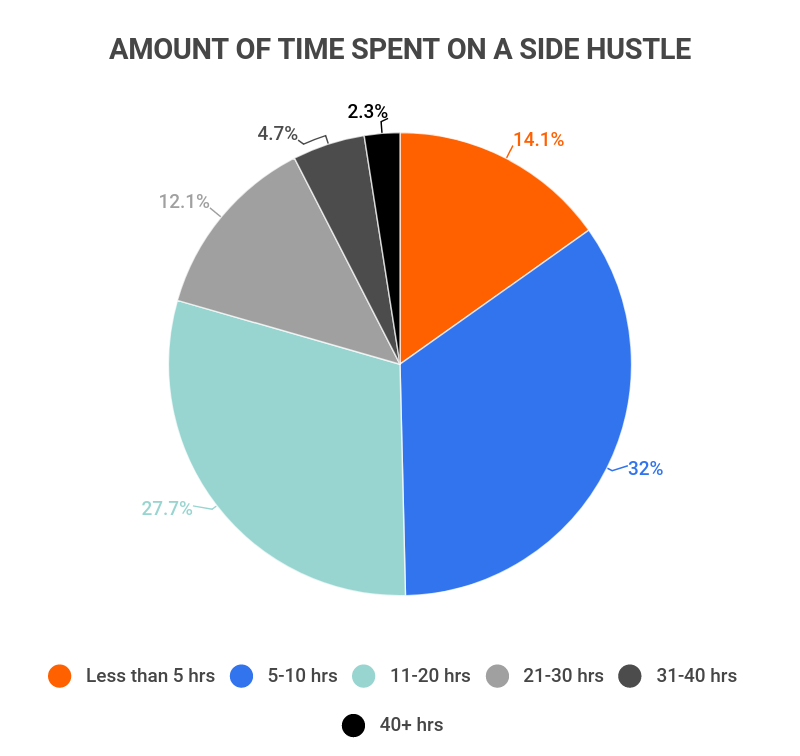 Not all side hustles are created equal, with some having more opportunities and paying far more than others. To find out how income varies among side hustles, here are the facts:

There are side hustles available across many different industries, but some are more popular than others. According to our research:

Side hustles have become more popular and profitable than ever before. From 2020 to 2021 alone, the percentage of side hustlers making over $1,500 per month has doubled.

Today, up to 45% of all Americans are side hustlers, with that number reaching as high as 49% for workers under 34. These side hustlers use their extra income to spend freely, cover their bills, and pad their savings accounts.

However, not everyone is created equal in the side hustle economy. Women rely on their side hustle jobs more than men do, just as younger demographics rely on them more compared to older folks. The fact is that many Americans in these groups rely on side hustles more than ever.