The States That Play The Most Dungeons And Dragons 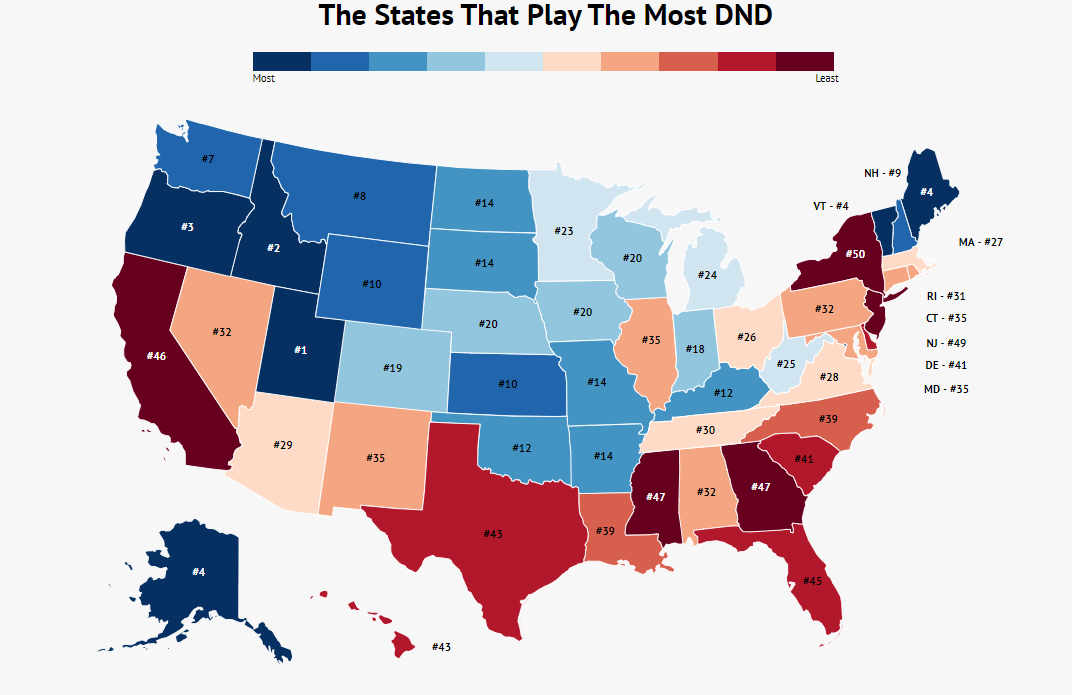 There are an estimated 13.7 million DD players.

With a user base that large, it’s no surprise that Dungeon and Dragons’ isn’t the same dirty, secret basement game it was when your dad played.

Players from across the globe and a variety of walks of life play the tabletop role playing game. Companies have even jumped on board, hosting corporate DND games.

States That Play The Most DND

States That Play The Least DND

Keep reading to see whether they’re wielding swords or wizard hats, and where all 50 states landed in the ranking.

What are they most likely playing as? 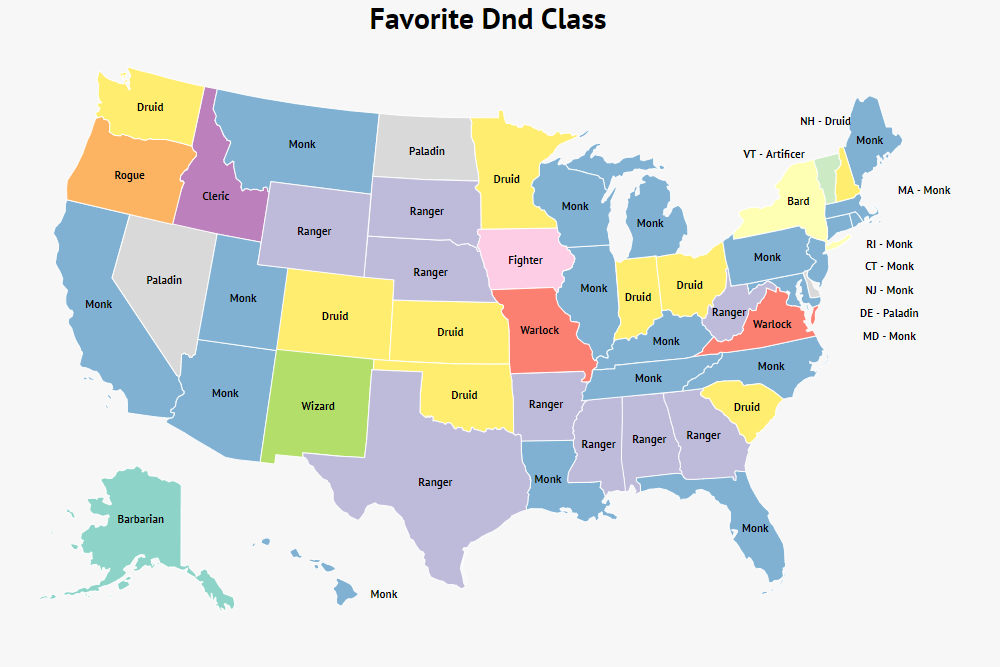 DND is popular, but it’s also very complicated. Even the most experienced player will often turn to Google to look up new spells or complex craft about the lore. That doesn’t even take into account the sheer volume of online users of dice rollers, online character sheets, and virtual tabletops.

With the being said, we felt very comfortable using Dungeons and Dragons related search volume as a proxy for users. We looked at a full year of search interest, giving every state ample time to let show their nerdy side.

To determine classes, we used the 15 most common DND classes and did a similar analysis of Google Search Trends.

We excluded obscure classes because, well, they are uncommon.

ITâ€™S OKAY, NERDy is in now

Don’t be ashamed if you regularly pretend to be a half-Orc barbarian named Gilgar.

In fact, depending upon your workplace, you might not be the only one rolling the D20s or open to game talk at the water cooler.

At the end of the day, our interests make us who we are. And DND isn’t even an uncommon one. Who knows, maybe some of those problem solving skills will even come in handy for your 9-to-5.

The States That Play DND The Most (And Least)