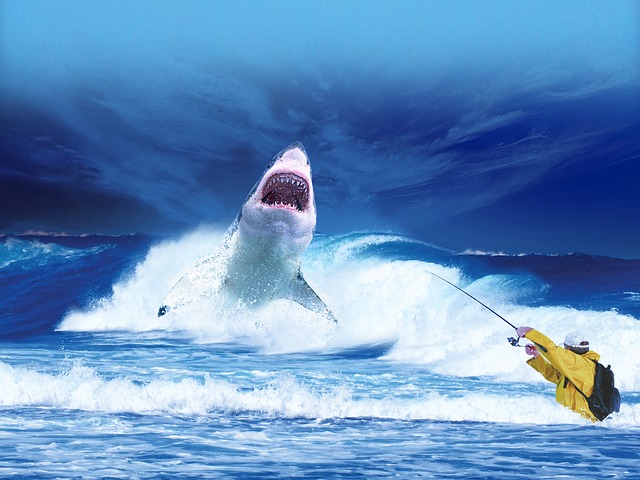 Editor’s Note: This is a guest post by Declan Moloney – Marketing Manager at Nova Recruitment. His opinions are his own.

They are an HR manager’s worst nightmare: employees who call attention to themselves and the company through rude, inappropriate, racist or sexually abusive behavior online. These are people who simply don’t understand that their online persona and actions can lead back to their place of work. And it’s often up to HR to untangle the workplace impact and implications of unprofessional online behavior and how the company should respond to it.

Unprofessional online behaviour can wreak havoc in a number of ways. It can cause anything from animosity between employees (an easier fix) to calls to boycott your company unless you take action against the individual in question.

Here are a few of the most common problems that occur.

Whether positive or negative, when someone shares an opinion about your business, it has an impact. The comment can instantly be seen by millions of eyes, who will in turn, form their own opinion. Now imagine that a negative comment is posted by an employee – someone with inside knowledge and insight into your products, services and workplace culture. Their opinion carries more weight.

When this happens, we have to consider whether the comments can be considered private, or outside of the company’s scope of control and discipline according to policy.

We then evaluate, objectively, whether the comments were meant to, or likely to, damage the company’s reputation. This can be very hazy, as seen in a case by Jimmy John’s sandwich employees, where the court found that employees were wrongfully terminated for criticizing their employer, as they were doing so to solicit public support for company policy change.

Criticising an employer online is a grey area legally-speaking and regulations vary from country to country. However, the employer has the right to review the post.

Posts complaining about working conditions and sharing basic employment information are protected. Posts that are not protected are those that contain hate speech, threats of violence, harassment, or those that violate confidentiality. It is therefore important to determine whether the person’s posted content is protected by the corresponding labor laws, and whether or not they were just exercising their right to free speech.

Almost all companies have confidentiality and NDAs that prohibit employees from revealing key business information. In this case, policy dictates consequence –  the disclosure of any information covered in one of the above-mentioned agreements on social media is a clear breach of contract.

It might include legal details, client information, trade secrets or even personal information regarding other employees; but it is punishable according to contract terms, should the company wish to pursue the issue. Often a written warning can suffice, but based on the severity of the breach, termination can ensue. This is an interesting one, because even a comment on social media referring to a client, like “I work with them!”, can be considered a violation.

With profiles populated with personal information that include place of work, ‘ranting’ on social media can easily be traced back to the employer; and put the company on the spot to make a decision.

A case from 2016 featured a racist rant on Facebook by former Atlanta Bank of America employee Christine McMullen Lindgren. Facebook users didn’t hesitate to contact B of A directly, asking if she represented their values and calling for her termination. The company responded almost immediately, making her termination decision public on Twitter.

In an extreme case such as this, with such a clearly prejudicial statement made, in an industry where discriminatory views can have a direct impact on clients, the decision to terminate is a simple one. However you may find yourself having to evaluate racially-tinged posts, or posts that can be considered offensive to some but not others. Sometimes a sensitivity training session may be the answer, but in any case it’s necessary to have a standard policy to refer to.

When interpersonal disputes occur in the workplace, it’s one thing, but when arguments are taken online, things can escalate from bickering to a full-on social media showdown. We are seeing more and more employee disputes over things said on social media and made public for the world to see. Not only does this make for an icy work environment, it essentially shows your company airing its dirty laundry. It can also sink into online bullying, which is a form of harassment.

These situations can often be remedied with mediation, either carried out by the HR department’s mediation team or with an external mediator.

We also like to recommend courses to stop the issues before they start. Whether or not they have the potential to become involved in a knock-down, drag-out fight on social media with a colleague, almost all social media users can benefit from course on ethical social media use and how to respond to social media attacks from less ethical users (ie. don’t engage!).

Though not a comprehensive list of all things that can possibly arise due to employee social media use (it would be endless), woven throughout our tips and approach is the need for clear company policy. This goes back to HR basics, such as setting reasonable expectations and communicating them clearly. However, a truly comprehensive, and therefore effective, policy also implicates the involvement of your legal team to help define the legal standards that apply to social media cases in your area.

Ideally, upon joining the company members of staff will be presented with a policy that clearly outlines not only hardset rules but expectations of responsible social media usage throughout their tenure with the company. When drafting these policies, it can be helpful to make them as educational as possible, detailing which actions can have an impact on their employment status.

Confidentiality agreements and NDAs must be duly explained and signed by any employee with access to sensitive information; this can often be your only form of recourse if information is leaked on social media.

It is also never a bad idea to have all employees attend the aforementioned social media ethics course. What this does is help establish a company culture that seeks to protect both employee and employer from transgressions on the ever-popular online platforms. You’re letting staff know that, hey, we know this can become an issue. We’ve seen it before. Let’s avoid it for all of our sakes.

Social media screening is another aspect to consider when designing a comprehensive social media policy. It can be helpful to take a look at a candidate’s online behavior during the recruitment  process.

LinkedIn is a natural choice or professional social media screening, but Facebook and other platforms can be much more personal. Though you may be able to avoid a potential hothead, or someone whose past behavior indicates their future online actions could be problematic, there are also ethical considerations to keep in mind. Your policy on social  media in hiring should explicitly state, among other clauses, that no hiring decision will be based on race, religion, sexual orientation or other protected statuses.

Potential employees can also research the companies they intend to work for and may even look up their future bosses and  colleagues on LinkedIn and other social forums.

This is the part where you have to approach an employee with a complaint about their online behavior. And here it really pays to think of the psychology behind it, so do keep in mind that the person might be coming into the meeting thinking that what they do online has nothing to do with their job.

By this time you’ll have gathered evidence and researched what happened. You’ll have applied an appropriate solution and consequence according to company policy, and had all relevant discussions with other managers involved in the case.

When it’s time to communicate the issue to the member of staff, it’s usually most effective to start off slowly and explain company policy before stating how it has been violated.

Social media is very personal, and the person may not be aware that their actions have resulted in a complaint. It might be because there are times when seemingly innocuous behavior can lead to a serious lawsuit. Take the case of Jones v. Gulf Coast Healthcare, an FMLA (Family and Medical Leave Act) retaliation case. The employee in question posted photos of their Caribbean vacation while they were on FMLA leave. They were then terminated for violating a company policy prohibiting employees from posting photos that would negatively affect other employees’ morale. In the end, the company wasn’t able to prove that the policy was the reason for the termination, as it wasn’t mentioned during the separation process.

This case reiterates not only the fact that employees may not be aware they’ve done anything wrong, but that the burden often falls on the employer to make the cause of termination or disciplinary action very clear.

Learning along the way

Social media is nothing new but it continues to evolve; and as it does, so will unique unprofessional situations arise. It pays to review as many cases as possible and consider the impact of a similar one within your company. This will allow you to work with senior management to design and implement policies that keep you legally covered, and guidelines that help staff understand how their online persona and actions can bleed over into their professional lives.

As cases arise, you may need to add addendums to existing agreements and have everyone sign their agreement with the update. It’s a continuous process, but when it comes to social media and employees, an ounce of prevention is worth a pound of cure. It pays to be proactive when it comes to spelling out unprofessional online behavior and making employees aware of how to avoid it.

6 Ways to Conduct a Backdoor Reference Check
Up-skilling Your Staff? How to Add Value to Your Business with Further Training
Your Small Business Tax Checklist for a New U.S. Hire
7 Ways Internal Recruiters And Hiring Managers Can Get Along
Parental leave in Australia: What are my rights?
8 Warning Signs You're About to Lose a Team Member