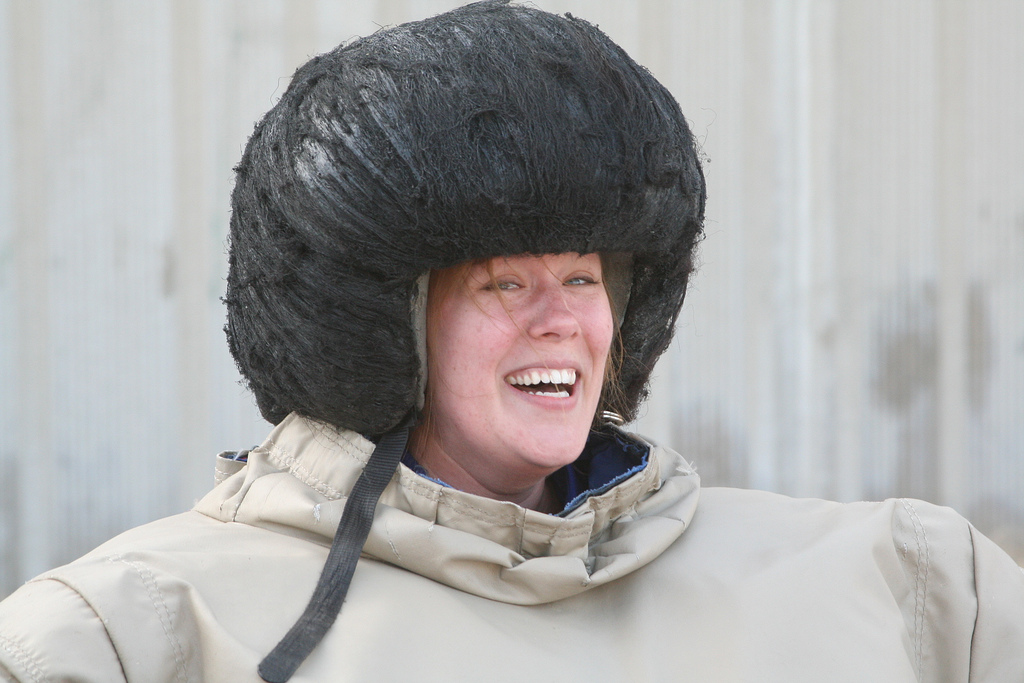 Editor’s Note: This is a guest post by Johanna Cider –a freelance writer from New Zealand, with experience writing on recruitment and employee well-being, event management, and events venues. Her opinions are her own.

The idea of team-building exercises can strike fear into the hearts of even the most loyal employees. As a manager or business owner, perhaps you, too, are sick of the ever-dreaded trust fall and awkward ice-breakers? It can be difficult to know how to improve cooperation amongst coworkers, especially in an environment wherein several cliques exist. Activities for employees to boost teamwork and cooperation don’t have to be dull and repetitive – implement some of the following fun-filled suggestions into your next team event to help make teamwork and cooperation amongst coworkers an enjoyable prospect.

1. Embark on a scavenger hunt

While it might remind you of your childhood days searching for small trinkets and candy, taking part in a scavenger hunt can be enjoyed well into adulthood. The week before the scavenger hunt is set to take place, have employees send you anonymous suggestions of things that they would enjoy searching for or photographing, and compile a list of twenty or so of the best suggestions. Split employees into teams and set them to work on the checklist. The first team to complete the list wins, but all of the competitors will brush up on their teamwork skills during the competition!

2. Take part in a trivia night, or host your own

Having the team play a game of trivia doesn’t mean you all have to march down to a seedy bar. Many kinds of venues hold trivia nights, and it might even be worth planning your own. General trivia can be fun for all types of personalities, but if you do decide to go down the route of hosting your own, throw in some workplace related questions alongside general knowledge and pop culture questions and have a prize ready for the teams who come first, second, and third. Trivia is a great way to have people work together, and having a variety of questions gives everybody a chance to contribute.

3. Try your hand at an escape room

A fairly new phenomenon that has taken off in cities around the world, an escape room game involves being locked in a room with several other players – usually for about an hour – and solving clues that will enable them, as the name of the game suggests, to escape the room. The rooms generally range from being targeted to beginners to being extraordinarily difficult to escape. In an escape room, employees must work together and allocate tasks to one another to solve the clues and puzzles; it requires a great deal of cooperation, and although there may be conflicts during the game, your employees ought to come out stronger for it!

4. Play a game of Two Truths and a Lie

Two Truths and a Lie is a simple game which best played when participants don’t know each other too well. While it does technically fall under the category of ‘ice-breaker’, this activity is anything but cold. Have the team take turns stating three ‘facts’ about themselves, one of which is decidedly untrue. Following a person’s revelations, his or her coworkers must guess which of the three statements is, in fact, a lie. Encourage statements that veer away from everyday facts such as ‘I went to school in x city’ to reveal something more interesting about a person. It’ll give your employees a chance to get to know each other better and hopefully work as an interesting conversation starter.

Volunteering has been shown to be helpful in diminishing stress, increasing happiness levels, and providing a sense of purpose – all positive traits when applied to everyday life as well as to the workplace! Find a cause that the team can get behind – perhaps taking a vote to determine the most popular – and take a few hours on a workday to volunteer for an organisation related to it. Volunteering as a team will help to strengthen old bonds between people and create new ones, as well as providing a positive service to the community. Hard to beat that!

6. Create a tower to top them all

Using just spaghetti sticks, a yard of tape, a yard of string, and a single marshmallow, the goal here is to have employees work in a group to create a taller tower than their rivals, with their marshmallow perched on the top. The game requires a vast amount of cooperation, meaning it is a great way to encourage teamwork. The task isn’t designed to be easy, despite it seeming rather simple at first glance. Instead, the marshmallow challenge, by its requiring the tower to support a solid object, seeks to teach employees about the importance of innovation in the workplace, and especially that solutions may not always be as simple as they initially appear.

Designed for play by two employees, this game aims to bring to people’s attention their methods of communication and the way they envision things, and how these methods and ways may vary greatly to those undertaken by others. Have two employees sit with their backs to one another, and give one a picture. The employee holding the picture must describe it to the other employee and direct him or her to draw a copy without specifically mentioning the items contained within it. For example, the picture might contain a sunrise over an ocean: the first employee would not mention the words ‘sunrise’ or ‘ocean’, but instead attempt to have the second employee recreate the picture by following directions. The game aims to highlight differences in communication between coworkers, and how instructions can often be difficult to interpret even in what seems to be a straightforward situation.

8. Have a sports day

Incredible for the endorphins alone, exercise is a great way to bond. Consider taking a day away from the office and hosting a friendly sports event in which employees compete in teams to win prizes across various sports. Have some less strenuous activities such as bowling available for employees who aren’t generally so sports-inclined, and you’re sure to have a winner on your hands.

Viewing and making art can bring out the best in people, and creating art as a team is no exception. Have employees work together to create something unique and exciting: large portraits or murals work particularly well. Reward creativity by displaying the final products in the workplace, as testaments to the beauty that can be created when people work together.

10. Play games endorsed by the team

While all of the above ideas are likely to make teamwork and cooperation more appealing, sometimes it’s best to ask the people who will actually be taking part for their input. You might be surprised at the creativity your team will show when it comes to suggestions, and who better to design fun activities for employees than the employees themselves? Take suggestions at your next meeting, and implement some of the best ideas in the future.

Fun activities for employees to boost teamwork don’t have to take a lot of time out of the workday, or even require too much organisation. Why not try creating marshmallow towers or having an informal trivia game after your next staff meeting? You might be surprised at the prolonged positive effects on cooperation a simple game or activity can foster!