The 10 Largest Rum Brands In The World

Rum is considered to be the oldest spirit — AKA hard alcohol made via distillation — in the world. There are claims that it is the first liquor to be drunk for pleasure and not medicinal purposes.

While there are some rum-esque drinks throughout time, rum as we know it was first distilled in 1620. Slaves working in sugarcane plantations in the Caribbean discovered that molasses — a byproduct of sugar refining — could be fermented into alcohol.

America got its first rum distillery in 1664, just 44 years after its initial discovery. Today, rum is a multibillion-dollar business in the US alone. It accrued over $8 billion in sales in 2020 in America.

Despite its popularity, rum is not the top-selling spirit. In the US, vodka and whiskey hold the top spots. But rum comes in at number three in terms of sales volume. 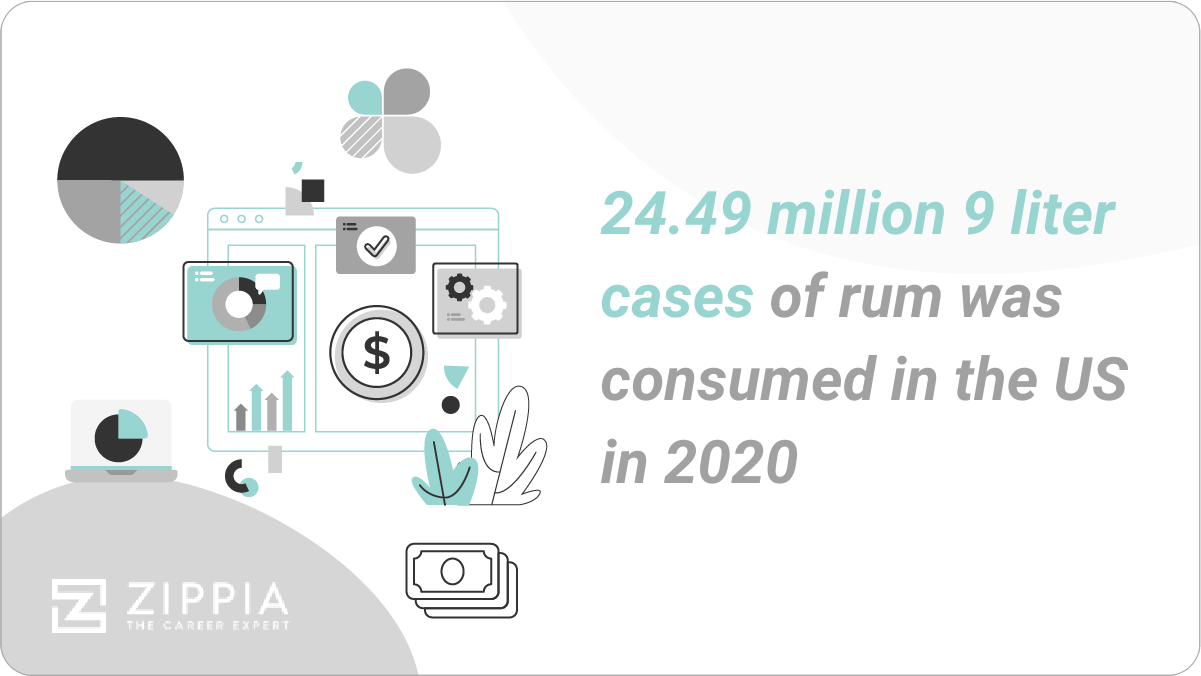 10 Largest Rum Brands in the World

Find Bacardi Jobs Near Me

Find Havana Club Jobs Near Me

Samantha is a lifelong writer who has been writing professionally for the last six years. After graduating with honors from Greensboro College with a degree in English & Communications, she went on to find work as an in-house copywriter for several companies including Costume Supercenter, and Blueprint Education.