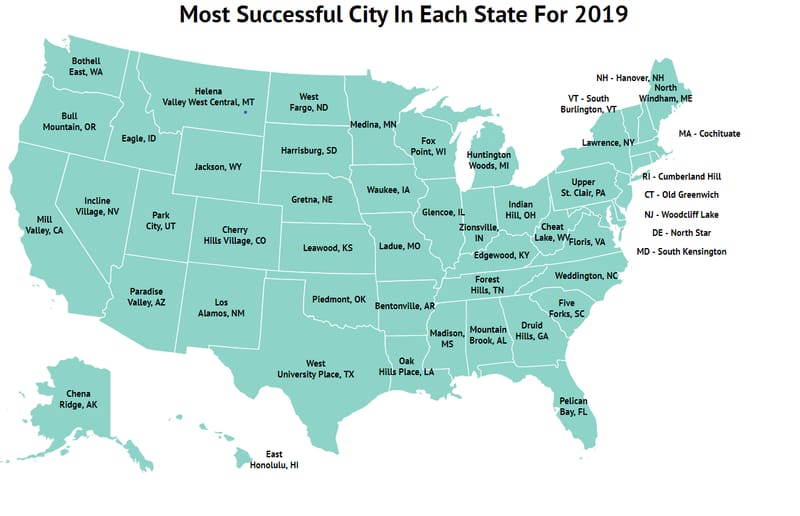 The Most Successful City In Each State

by Kathy Morris
Study - 4 months ago

When you close your eyes and picture success, you probably see a lot of the traditional trappings: nice house, new car, a well-paying job, or maybe you picture walking across the stage at a college graduation. For better or worse, most people’s status revolves around their job and how much they have in their bank account. Of course, finances are heavily impacted by where you live.

It made us wonder: What are the most successful cities in each state? So, we decided for the second year running to measure the city best for success in each state.

Further down we explain how we quantified success and have a breakdown of all 50 states.

First, let’s check out the 10 most successful cities in the US.

If success is contagious, these are the 10 best cities to catch it. Your state not in the top? Scroll down to see where the most successful city in your state is.

Curious how your city didn’t (or didn’t!) get a spot in the hallowed top 10? Read on to see our process.

HOW WE MEASURED SUCCESS

We used data from the Census’ 2013-2017 American Community Survey PUMS dataset to pull data for cities in all 50 states.

Each city was then ranked in three categories:

Each city was ranked on a scale of 1 to the number of cities in each state. We then averaged the three areas to produce an individual index. The lower the score the better.
The top 10 was produced from among the 50 states. For example, because Glencoe, IL was number #1 for its state, no other city from Illinois could make the top 10.

Here is a detailed breakdown of the triumphant 10.

Median income: $198,068
Unemployment rate:0.8%
Education rate: 83.1%
Floris is the #1 most successful city in the nation. The Virginian city is a suburb within an hour’s drive to the nation’s capital Washington, D.C, making it a great location for those who dig city living or rural life.

Floris was #2 last year, but jumped this year to the #1 spot.

With a median income just short of $200k and unemployment in decimals, it’s no surprise that Floris is topping the list.

Another suburb of a large city, Glencoe comes in at #2.

The city may have dropped from last year’s crown spot, but life in Glencoe is still good. With a median income over $200k, we doubt any tears are being shed over the drop.

Glencoe is a prime location for those seeking proximity to Chicago with all the trappings of an affluent suburban life.

Ladue is just 30 minutes outside of St. Louis, one of the major centers of industry in the midwest.

With a high median income and a large percentage of highly educated adults, Ladue is the perfect home for commuters. 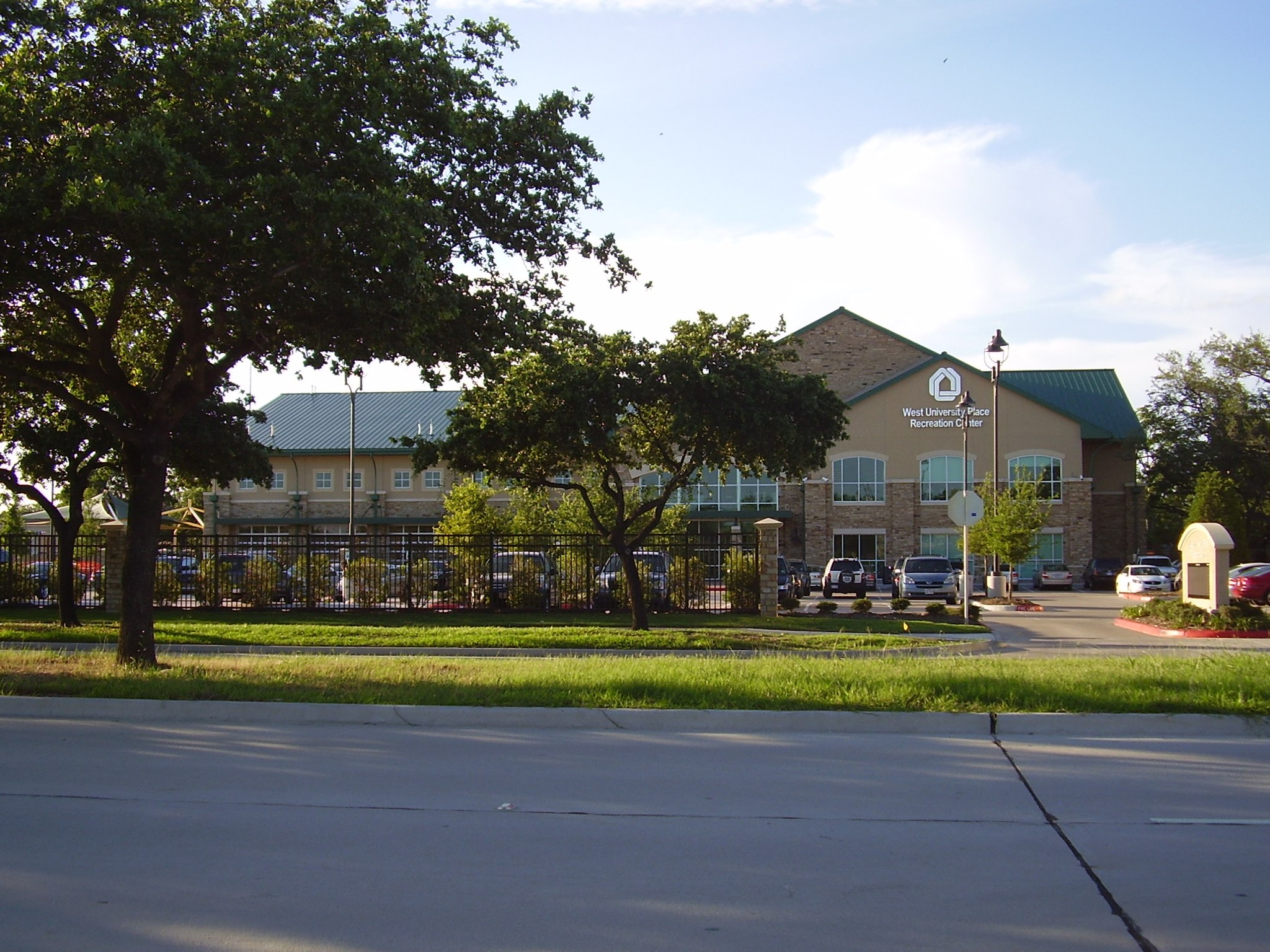 West University Place has the highest median income in the top 10, making it an especially sweet spot for success. 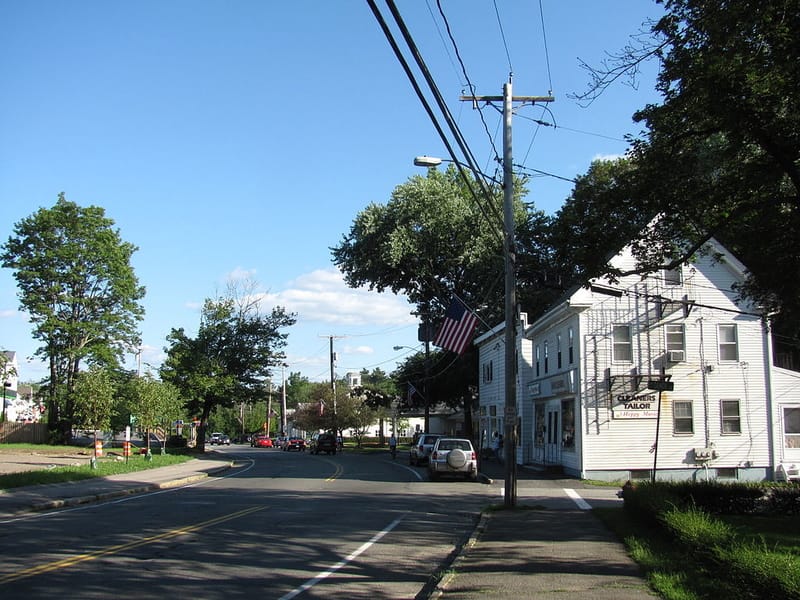 The little town of Cochituate is a successful suburb of Boston.

A median income of $143,712, low unemployment of 1.4%, and a highly educated population, mean life is swell in Cochituate. 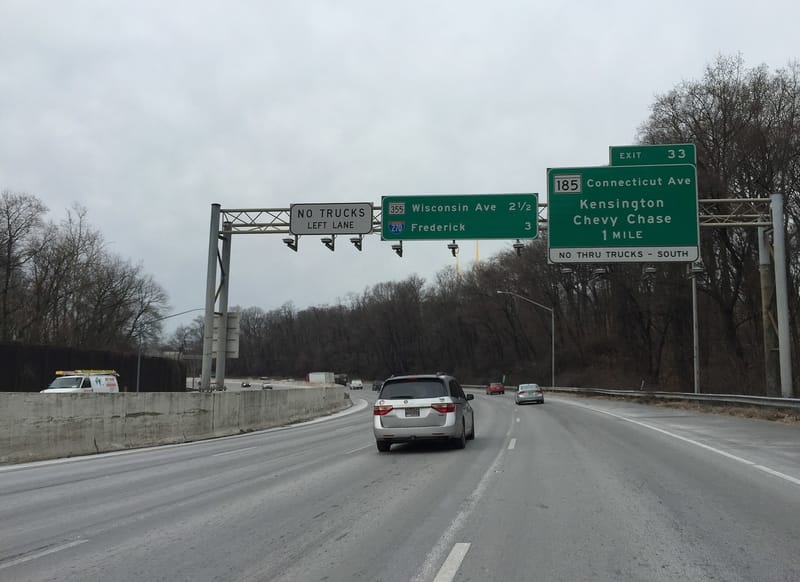 South Kensington is only 10 miles away from Washington, DC, making it the second DC suburb to make the list.

With a lower median income, South Kensington might be a great choice for those who can’t swing Floris.

7. The Village of Indian Hill, OH

The word village gives you the right feel for Indian Hill, this cozy city has a small town feel that surely appeals to its residents. 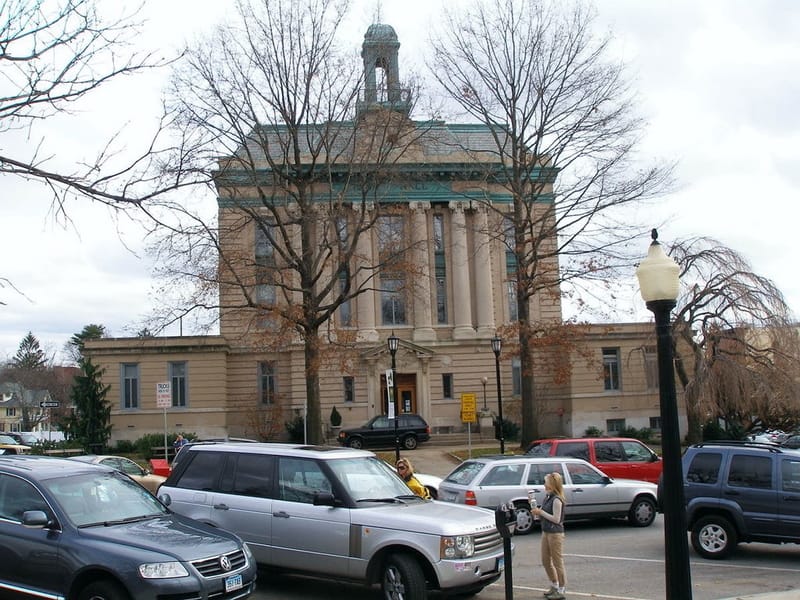 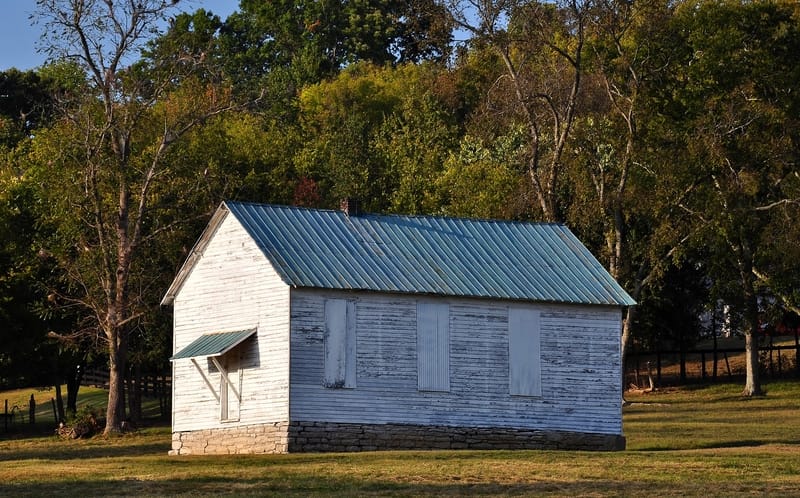 Forest Hills’ residents enjoy a high quality of living and close proximity to the heart of Nashville.

Mill Valley is the perfect home for commuting into San Francisco. Only 14 miles and the Golden Gate Bridge away, a nice chunk of Mill Valley residents commute to the Bay City.

Regardless of which city they work in, on average, the highly educated residents are doing pretty good.

Summary Of Our Findings

There you have it- the ten most successful cities in the US. They all have one glaring thing in common, close proximity to a large metro area. If you want to “catch” success, living within sneezing distance of major city may give you an edge. Success is a complicated term and can’t only be summed up by career standing. However, residents of these cities have a nice income, education to weather economic circumstances, and low unemployment rates- which is a great place to be in for financial success.

Check out the full list below to see the most successful city in your state: