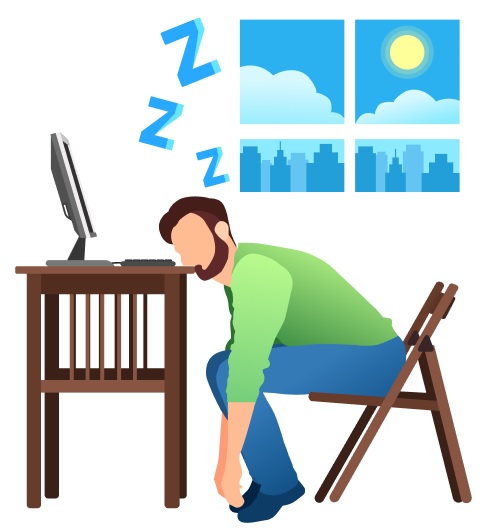 Survey: A Surprising Amount Of People Are Napping At Work

by Kathy Morris
Study - 4 weeks ago

How Many Workers Are Napping While Working From Home?

Use the map below to discover the % of workers napping while working from home. 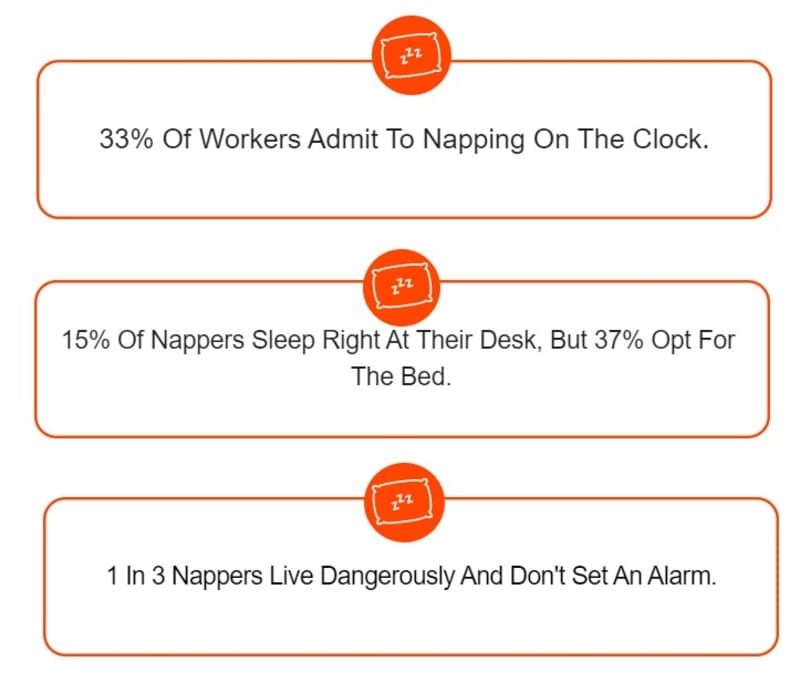 Based on a survey of 2,000 American workers.

Perhaps you were out late or maybe that long, tedious meeting almost put you to sleep. Whatever the reason, it’s not so uncommon to be fighting a yawn at work.

But how common is it to give in to temptation and take a quick nap on the clock? With so many now working from home and the bed right there, surely now is the best time ever to sneak in a snooze.

We surveyed 2,000 American workers to find out how many could put napping on their resume. It turns out 1-in-3 are taking advantage of the situation to get so much needed shut-eye.

That number isn’t spread evenly. North Dakota, Alaska, and Nebraska have more than half of their workers admitting to sleeping on the clock. Meanwhile, no one in Vermont, Wyoming, or Montana admitted to napping at all.

However, while napping may be on the rise, there are plenty of other ways to get through the work day. Keep reading to see a breakdown.

Other Non-Work Things People Do At Work

Of course, napping isn’t the only thing people are doing at work their boss might not be too happy about. So, what else are workers doing to wait out the clock? (Or for a much needed productivity break?)

Unsurprisingly, the most popular diversions can be done without leaving your desk: 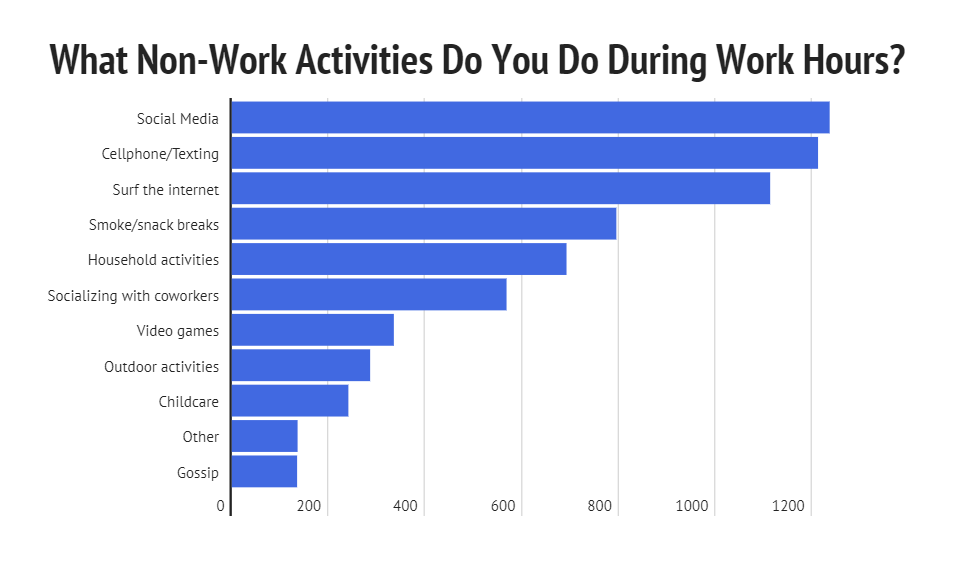 If you are wondering what that big block titled other is, here are some of the results we received:

Zippia.com, a career resource website, conducted a study of 2,000 employees working from home across the U.S. to find out how workers are spending their work hours now that their routine has shifted. Each worker was asked the same 6 simple questions on off-task behavior conducted during work hours.

Obviously, if you’re not getting your work done and your boss walks in on you drooling on your desk, it’s a bad look. Of course, the same thing could be said about chatting with coworkers or checking your social media.

However, if you are exhausted and hitting a brick wall productivity-wise, a quick nap (or other short break) might be just the thing to rejuvenate you and help you destroy your deadlines.

Studies show workers get more done when they have the chance to refresh. It’s suggested that you work for 52 minutes and then take a 17-minute break in order to be most productive. So why not have your 17 minutes be a power nap?

However, if you spend the bulk of your day struggling to keep your eyes open, it might be worth trying to get more sleep at home– or finding a new job that doesn’t put you to sleep.

The State Of States Napping- From Most Naps To Least